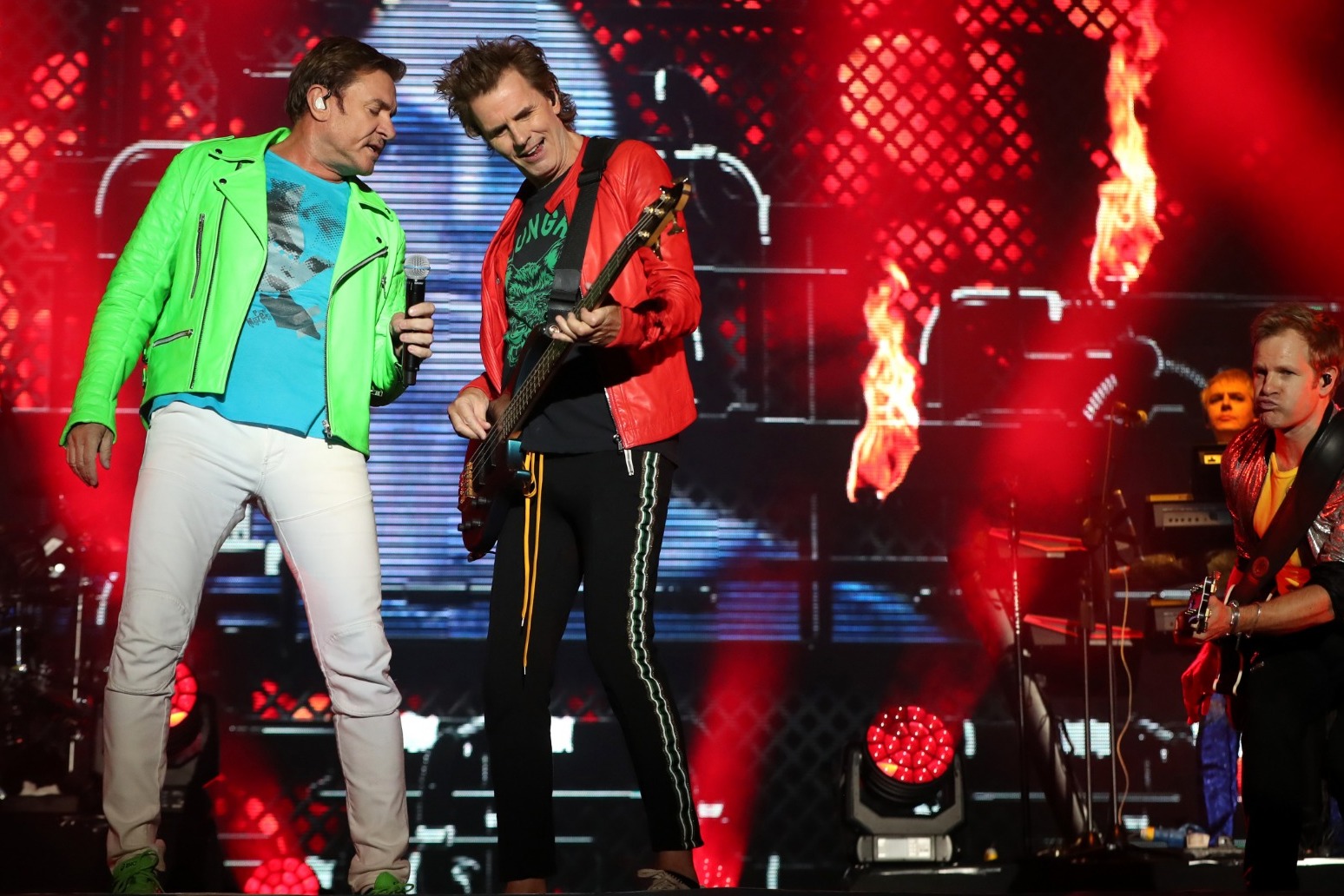 Duran Duran’s bassist John Taylor has said their forthcoming film documenting their recent rooftop concert in Los Angeles will capture an “authenticity” about the band.

The 75-minute film, A Hollywood High, was shot in March from the roof of The Aster hotel in the heart of Hollywood, which overlooks the Capitol Records building, the site of the renowned new wave group’s original US record label home.

The documentary film also features interviews and archive footage that tells the story of the band’s special relationship with the US city.

Singer Simon Le Bon said: “Going into this, we weren’t sure whether what we captured would be able to be turned into a film, which really made it very spontaneous.

“So when you look at it, you don’t see a bunch of people obsessed over what they were going to wear, or what the backdrop is and when it’s going to be. It’s a pure moment.”

Taylor added: “I think Simon made an interesting point there. We document a lot of what we do, and quite a bit of it just goes into the archive for future use.

“So we documented this event not really knowing where it would end up in the short term.

“The result is that you get an authenticity that you might not get if we knew we were committed to making a film that we wanted to open in cinemas all over the world.”

Keyboardist Nick Rhodes said that going through footage from their significant career moments in Los Angeles had been “fun” due to their connection with the city.

The band formed in Birmingham in 1978 and were one of the biggest acts of the 1980s, with hits including Hungry Like The Wolf, Rio, Girls On Film, Wild Boys and Bond theme A View To A Kill.

The beginning of the film explores a pivotal moment in time for the band in 1981 when they went on their first US tour.

Recalling how that impacted their career, Roger Taylor said: “It was such a cool time to come to LA then.

“We’d not had that much critical acclaim in the UK, but when we got here, we were being played on KROQ – which is a really important station in southern California that has broken many artists.

“We got to LA and we felt cool. It was an incredible time. Very exciting.”

The group has had a prolific time recently, releasing their 15th studio album, Future Past, last year and later this year they will be inducted into the 2022 Rock & Roll Hall of Fame.

The group recently played their 40th anniversary celebration tour, which included being one of the headline acts at the British Summer Time festival in London’s Hyde Park.

They also performed at the late Queen’s Platinum Jubilee concert at Buckingham Palace, and the Commonwealth Games opening ceremony in their home city of Birmingham.

Rhodes said: “Well, it’s been an amazing year for us.

“Obviously, the pandemic was very difficult for everybody, being locked inside was no fun.

“And then I think, once that started to end, everybody was ready to come out and have some fun again.

“It was great for us to be back on stage. And amazing to have the audience come back too. That’s what this film is about, really.”

The band also said they have been approached several times about a biopic and said they were “up for it” but that it would have to be “a bit different than the ones that are out there”.

Duran Duran’s new docu-concert film A Hollywood High can be experienced in Dolby Atmos and Dolby Vision in cinemas worldwide from November 3.