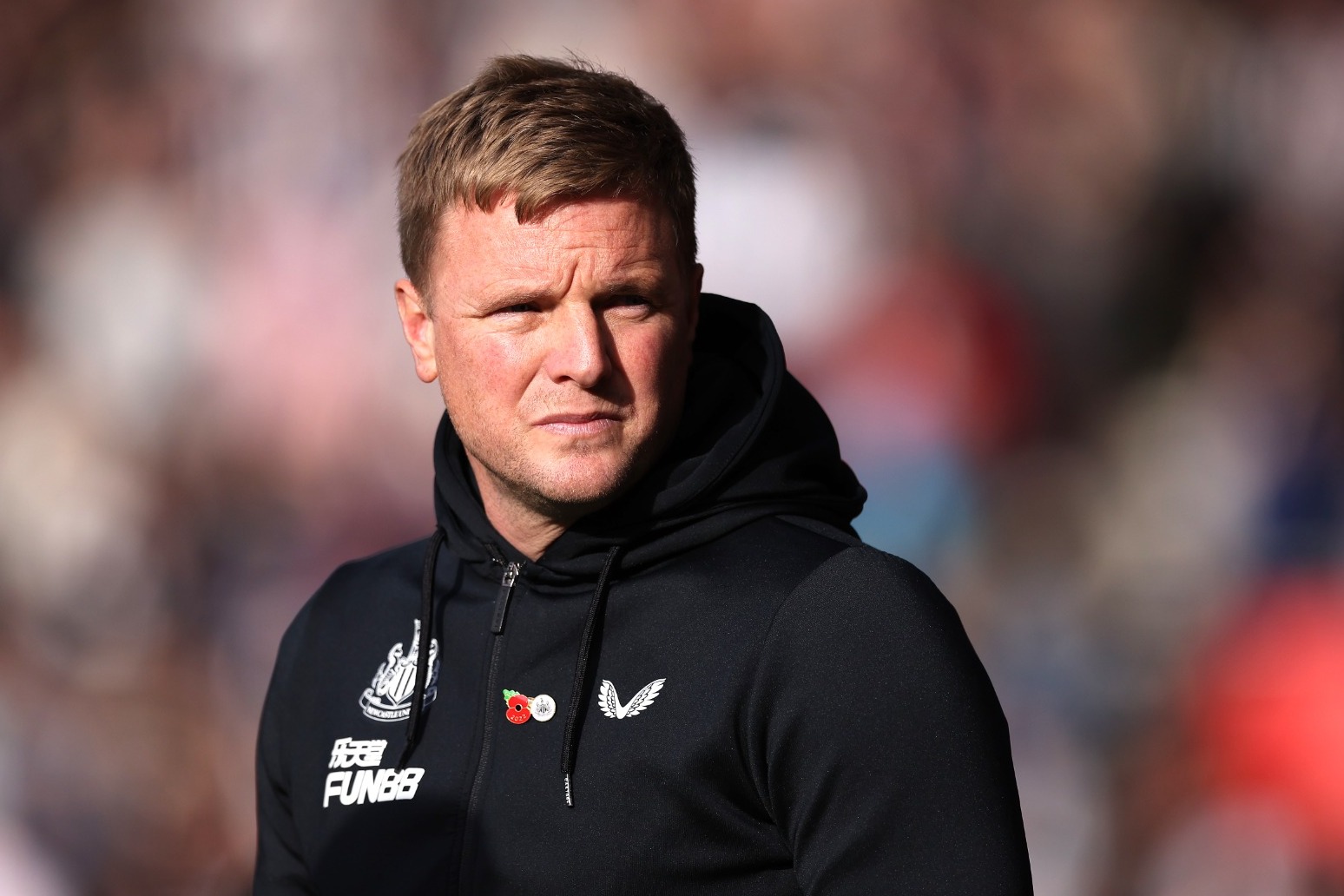 Eddie Howe has told Newcastle to treat their 53-year silverware drought as a “driver” rather than a “burden”.

The Magpies, who have not won a major trophy since lifting the Inter-Cities Fairs Cup in 1969 and last tasted domestic success in the 1955 FA Cup final, face Crystal Palace in the Carabao Cup third round at St James’ Park on Wednesday evening.

Big names have come and gone on and off the pitch since those triumphs but further success has eluded the club, and head coach Howe is desperate to address that after guiding Newcastle to top-flight safety last season before mounting an impressive charge into the upper reaches of the table this time around.

Asked if Newcastle’s cup record was a burden, he replied: “I don’t know if burden is the right word. I try to look at it the other way, as it’s not been done for a long time and a chance to create, maybe, some of our own history here and leave a legacy of hopefully winning something.

“That should be a driver, not a pressure that’s a negative on us. I try to look at it the other way.”

Howe has made no secret of his desire to end the club’s wait for silverware since he arrived in Tyneside, and that is in stark contrast to the attitude adopted at one point under previous owner Mike Ashley when the board effectively told a fans’ forum that Premier League survival was the only goal

Howe said: “Wherever you go, you want to leave your mark in a positive way, hopefully, for the club and for the future because Newcastle will live on for many, many years.

“You want to be remembered as someone who cared about the club and hopefully left the club in a better place than when you entered.”

Howe celebrated a year in charge at St James’ Park with the club riding high in third place in the Premier League after a run of six wins in seven games.

However, he knows things are likely to become more testing as they attempt to take their next steps.

Asked what year two of this tenure might hold, he said: “That’s a difficult one to answer. Hopefully more of the same in terms of what we’ve delivered this season, really.

“Changes will happen in terms of the external forces that will work, maybe, against us in terms of expectation and other things that can come into play.

“I think we’ve just got to try to stay under that and away from that and just concentrate on what we’re delivering as best we can, so really just focus on the football and the principles behind our game, and who knows?

“You can’t predict football and that’s why everyone loves the game so much, because you can never tell what’s going to happen.

“The only thing we can control is our effort levels and our commitment to what we do.”