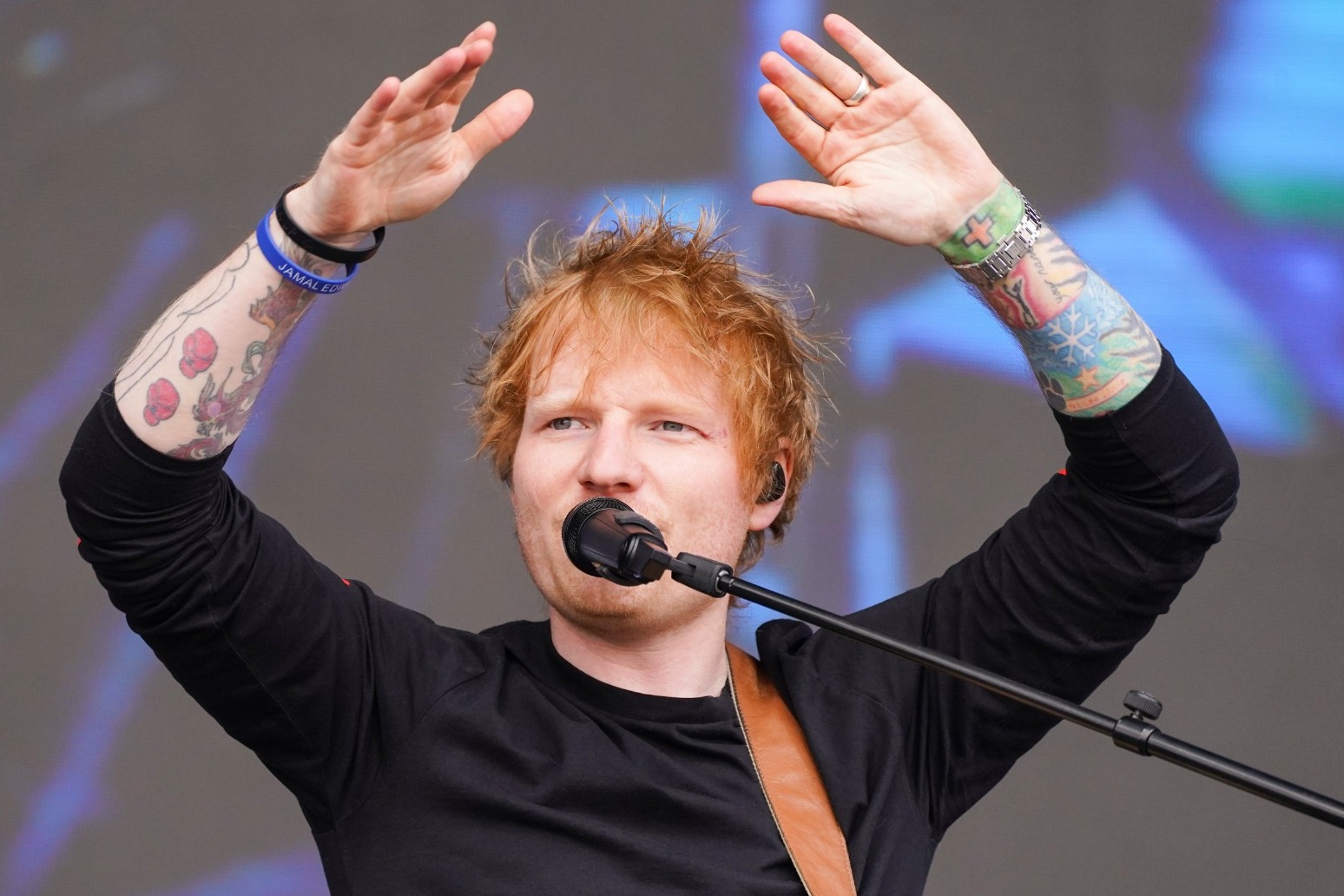 Ellie Goulding and Ed Sheeran were among the top winners at this year’s BMI London Awards.

Goulding was honoured with the prestigious president’s gong, while Sheeran was presented with the European Song of the Year Award for his global hit, Bad Habits, alongside co-writer Johnny McDaid.

During her acceptance speech at The Savoy hotel in London on Monday, Goulding said it “means the world” to be able to continue a career she “truly loves”.

The 35-year-old, who was recognised for her contributions to music and song-writing, said getting to release music with a team who believe in her as an artist “will always be an inexplicable honour”.

She follows in the footsteps of music stars such as Noel Gallagher, Jay Kay, Kenny Chesney, Pink, Willie Nelson, Adam Levine, and Gloria and Emilio Estefan in receiving the award.

“It means the world to me that I continue to have a career that I truly, truly love,” she said.

“It’s been 12 years since my debut album, so to have continued success, and to get to release new music with a team of people who believe in me as an artist, will always be an inexplicable honour.

“To reach new milestones and be respected with incredible accolades like the president’s award tonight means everything and I couldn’t do it without you.”

In her speech, she also singled out singer Tom Mann, whose fiance died on what was meant to be the couple’s wedding day, as an artist she had been “lucky enough to work with” and who did not get “nearly enough credit”.

Goulding, who topped the charts in 2010 with her debut album Lights, said that in the UK “particularly as a woman” ambition is ingrained as a “bad, uncool thing”.

Sharing a message to aspiring musicians, she said: “Ambition is an essential ingredient, along with talent and a little bit of luck, for any hopes of a long-lasting career in our tough industry.

“So, to anyone who’s on their way, it’s so important to just not listen to anyone who ever has a negative comment about you wanting the biggest and the best.

“I know what it is to burn yourself out, to surrender everything in a world which has been built against you. I’ve felt the bias, I’ve felt the compromise, I’ve felt inequity.”

The British singer-songwriter’s credentials include 2012 release Halcyon, which reached the top spot in the UK charts alongside her 2020 release Brightest Blue.

Accepting his accolade via video message, Sheeran said he had had “so much fun” making Bad Habits and seeing fans’ reactions to it.

“We had so much fun making the song and it has been so much fun playing the song out on the road and seeing the reactions of people all around Europe and I can’t wait to go out and do some more,” he said.

McDaid added: “Ed, I’m so grateful, man, for the fact that you still trust me to make music with you after over a decade of us writing songs together and I hope we have many more to come.”

The European Song of the Year Award is given to the most performed song of the previous year by UK or European writers in the BMI catalogue.

Sheeran previously took the award in 2016, 2017 and most recently in 2018 with Shape Of You, that was also written with help from McDaid.

It comes just six months after the pair won a UK copyright suit, which claimed they had stolen Shape Of You.

Meanwhile, singer-songwriter and producer Tems received the BMI impact award, which recognises ground-breaking artistry, creative vision and impact on the future of music.

Upon being presented with the award, Tems said: “I just wanted to say thank you.

“Thank you for this award… I’ve come a long way and I’m so grateful.”