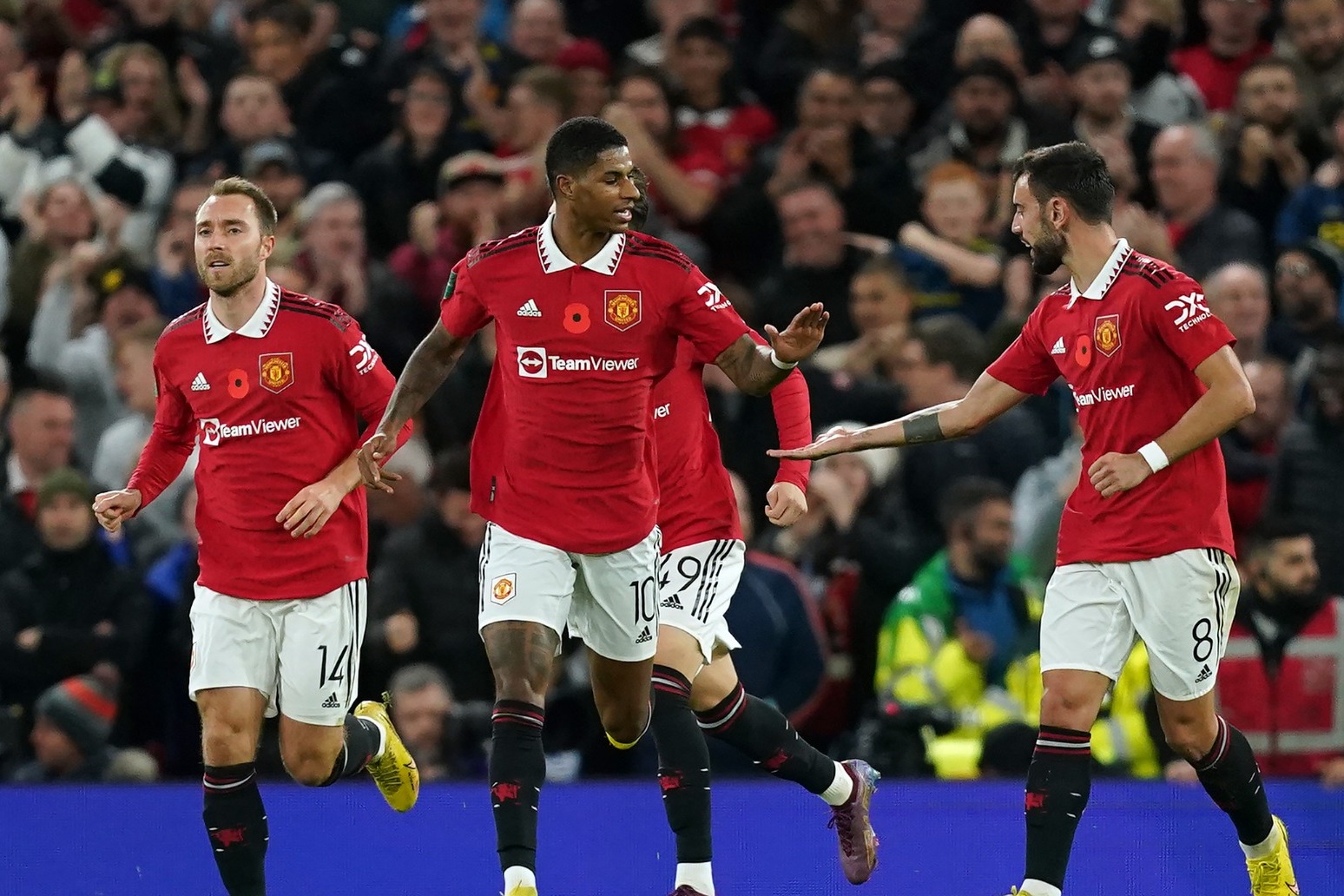 England manager Gareth Southgate believes Marcus Rashford is once again enjoying his football and says there could still be more to come after he recalled the Manchester United forward for the World Cup.

Rashford, 25, has not featured for England since he missed his penalty in the Euro 2020 final shoot-out defeat to Italy, with his club form deserting him last season.

Having played just 84 minutes of the Euros, Rashford returned to United and – in a poor season for the club – contributed just five goals from 32 appearances across all competitions.

Surgery following the Euros did not help his cause and Southgate revealed he had spoken with the forward after being frustrated at being unable to select him.

“I went and met with Marcus at the end of last season because I wanted to have a longer chat with him, given that we haven’t had a chance really to sit and chat since the Euros previously,” he said. “That wasn’t because we hadn’t tried to pick him, we had, so that period has been a long one given we have selected him in that period.”

So far this season, Rashford has shown glimpses of the player who burst onto the scene in 2016 as a fresh-faced 18-year-old and scored twice on his United debut before becoming the youngest player to score on their England bow just three months later.

He has contributed eight goals across all competitions, including a clinical finish in United’s 4-2 Carabao Cup win over Aston Villa on Thursday night, and Southgate seemingly praised the impact of Red Devils boss Erik ten Hag for bringing out the best in Rashford.

“I’ve seen him arrive at the far post with a header which is quite staggering, really. So there are things that we’ve talked about over the years, I think there’s a good structure to the team there. I think his pressing has also been aided by the structure of the team.”

While Rashford has also found himself deployed as a central striker for the Red Devils, Southgate still prefers him to come in off the flank and wants the World Cup stage to further improve his game.

“I think he’s still at his best coming from that left and when he’s running in behind teams is when he’s at his strongest,” added Southgate. “He’s looking more like the player we’ve seen – I still think he can be even more and I hope that we can help with that and that we can benefit from that.”