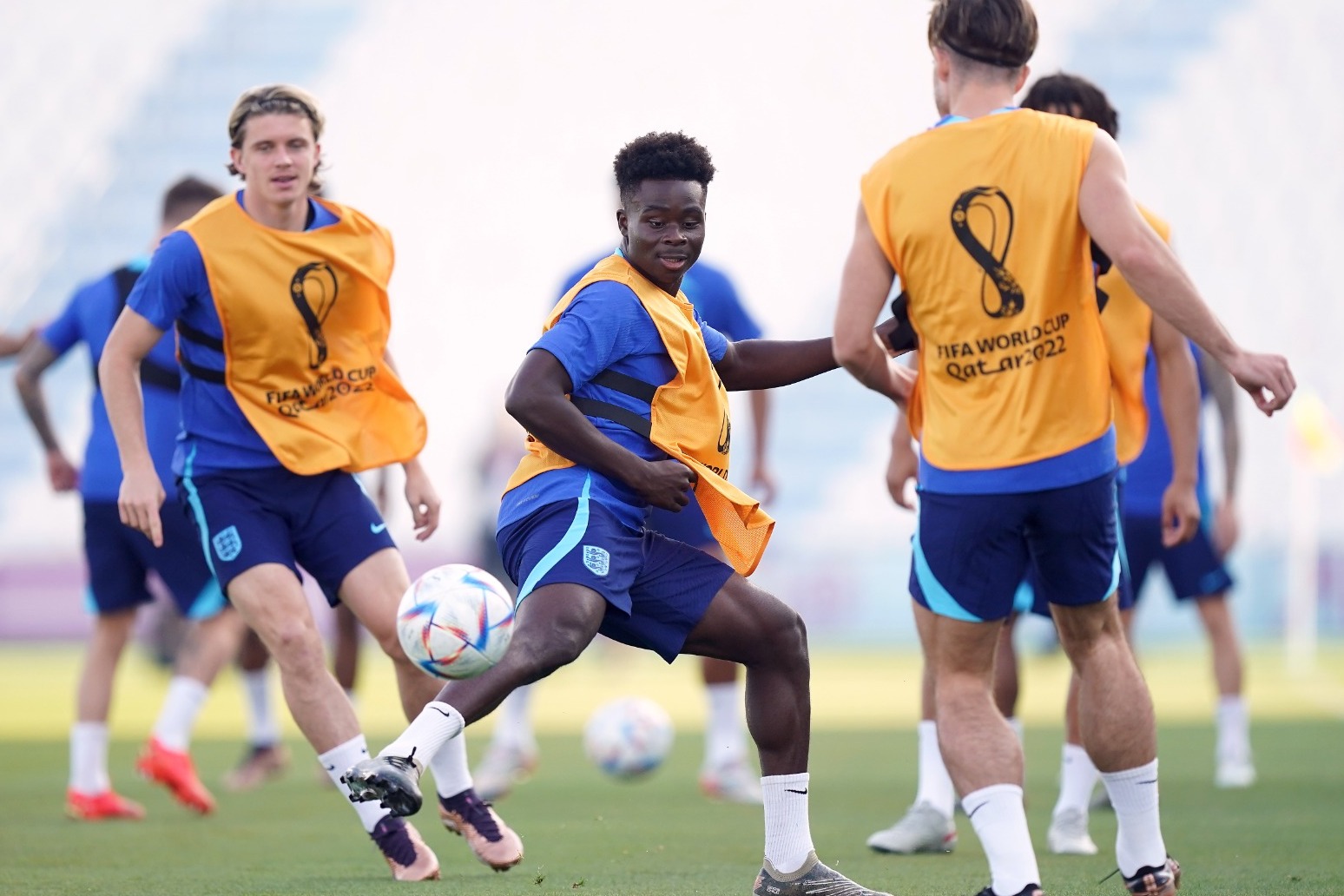 Gareth Southgate is embracing the increased expectations, selection headaches and chance to put smiles on supporters’ faces at a challenging time as England face Senegal in the World Cup last-16.

All eyes will be on cavernous Al Bayt Stadium on Sunday evening as the Group B winners play their first knockout match on the world stage since the agonising extra-time semi-final loss to Croatia in 2018.

England built on that performance by winning bronze at the following year’s Nations League before going on a memorable run to last year’s European Championship final at Wembley.

The heart-breaking penalty shootout defeat to Italy provides added motivation for Southgate’s players, who have the chance to lift the nation at what is a challenging time for so many.

“Part of the reason for doing the job is to bring happiness to others, frankly,” the England boss said. “Of course, we’ve got our own pride and we want to achieve professionally.

“But we have taken the country on two incredible journeys and you can feel that there’s the potential for another one and we want that to happen.

“We recognise the situation at home for everybody and we want to bring smiles to people’s faces as they get towards the end of this weekend.”

Southgate has some selection conundrums to consider ahead of the big match against Senegal.

Marcus Rashford, who could win his 50th cap, scored a brilliant brace in Tuesday’s 3-0 win against Wales, when Phil Foden capped a fine performance with a goal.

Raheem Sterling and Bukayo Saka dropped to the bench, while Kyle Walker and Jordan Henderson also played well having been brought into the England line-up.

“It’s a good position to be in,” Southgate said. “You want your players in confident mood and our forward players are.

“Of course you want to try to make the best possible decision, but in some respects I’m not sure there’s a right or a wrong. Whichever players we start with, we’re going to need the bench, we need the strength.

“They all offer different attributes and it’s just trying to get the balance of the team right and make the best possible decisions.

“But for us it’s great that we’ve got the whole squad fit and available, feeling good about themselves, but with that nice balance of knowing how difficult it was to get through this round in our last two tournaments.

“We know the quality of the opposition, but we’ve got belief in ourselves as well.”

That confidence is borne out of the success at last year’s Euros and the surprising run to the World Cup semi-finals four years ago.

“I guess the biggest thing is the expectation levels and the satisfaction levels,” Southgate said of the difference to 2018.

“In Russia, when we qualified from the group stage, we were probably more excited than we were this time.

“Although we enjoyed the win against Wales. You’ve got to enjoy your wins because, if you don’t enjoy those, then there’s not a lot of point being in this, frankly.

“And then, of course, everything was geared around first knockout win for 10 years, so that was almost our objective in Russia.

“We have to take a step at a time, the same thing. We talked about that from the beginning of the tournament.

“Our first objective was to qualify from the group. We knew we had three games to do that.

“There was an awful lot of noise after our second, but we stayed calm and on track, and we’ve qualified as well as anybody else has.

“But we’re now on to the more important part of the competition and we’ve got to get this bit right as well.”