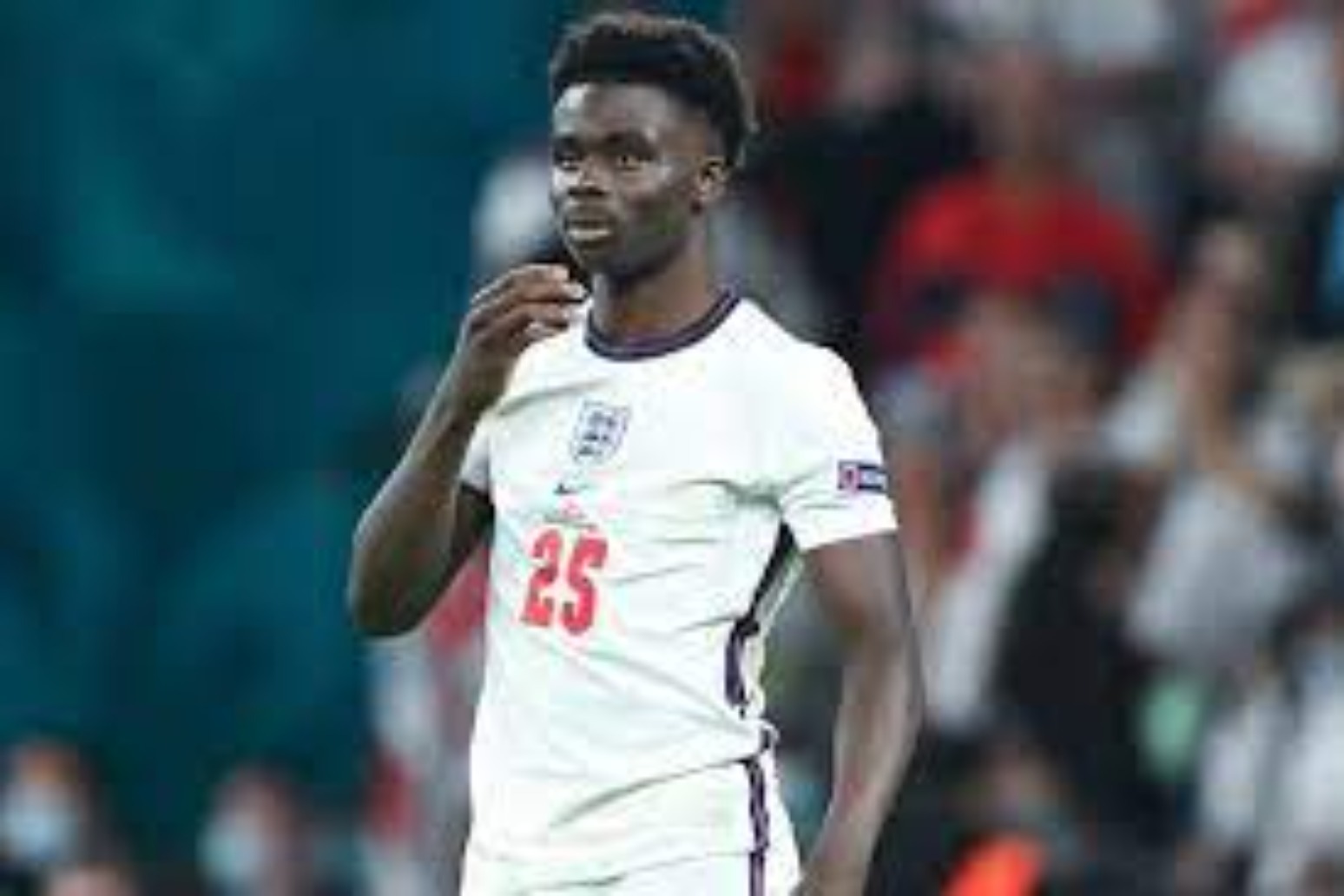 Bukayo Saka hailed the “perfect birthday present” as he returned to Wembley to score in England’s World Cup qualifying win over Andorra.

Bukayo Saka hailed the “perfect birthday present” as he returned to Wembley to score in England’s World Cup qualifying win over Andorra.

The Arsenal winger turned 20 on Sunday, toasting the day by providing two assists for Jesse Lingard and heading in the last of the goals in a routine 4-0 victory.

It came just 56 days after Saka missed the decisive penalty in the Euro 2020 final shoot-out defeat to Italy.

But, with both Rashford and Sancho missing through injury, Saka was given a raucous reception as an independently-funded banner in support of the trio was unfurled before kick-off.

Once the action was under way, Saka put in another assured performance on his 11th cap and topped it all by scoring late on, bringing a huge smile to the face of manager Gareth Southgate as his team-mates flocked to celebrate.

“It’s the perfect birthday present for me, I’m really happy we got the win and I could celebrate my birthday like this,” Saka told ITV.

“I’m really happy with the reception everyone gave me, that meant a lot for me and made me want to give my all.

“I think it means a lot, it really made a difference for me, even just now I can hear fans cheering my name.

“It makes me believe everyone supports me through thick and thin and it’s nice.”

Saka gave his shirt to a member of the crowd before heading down the tunnel at full-time and Southgate hopes it can close the recent chapter of the player’s career.

“He got a fabulous reception, before and during the game,” Southgate said.

“You can see how popular he is with the rest of the team as well.

“I hope it provided closure if it was needed, but I don’t think there’s a player in that dressing room that thinks anything other than positively about what he did all summer.”