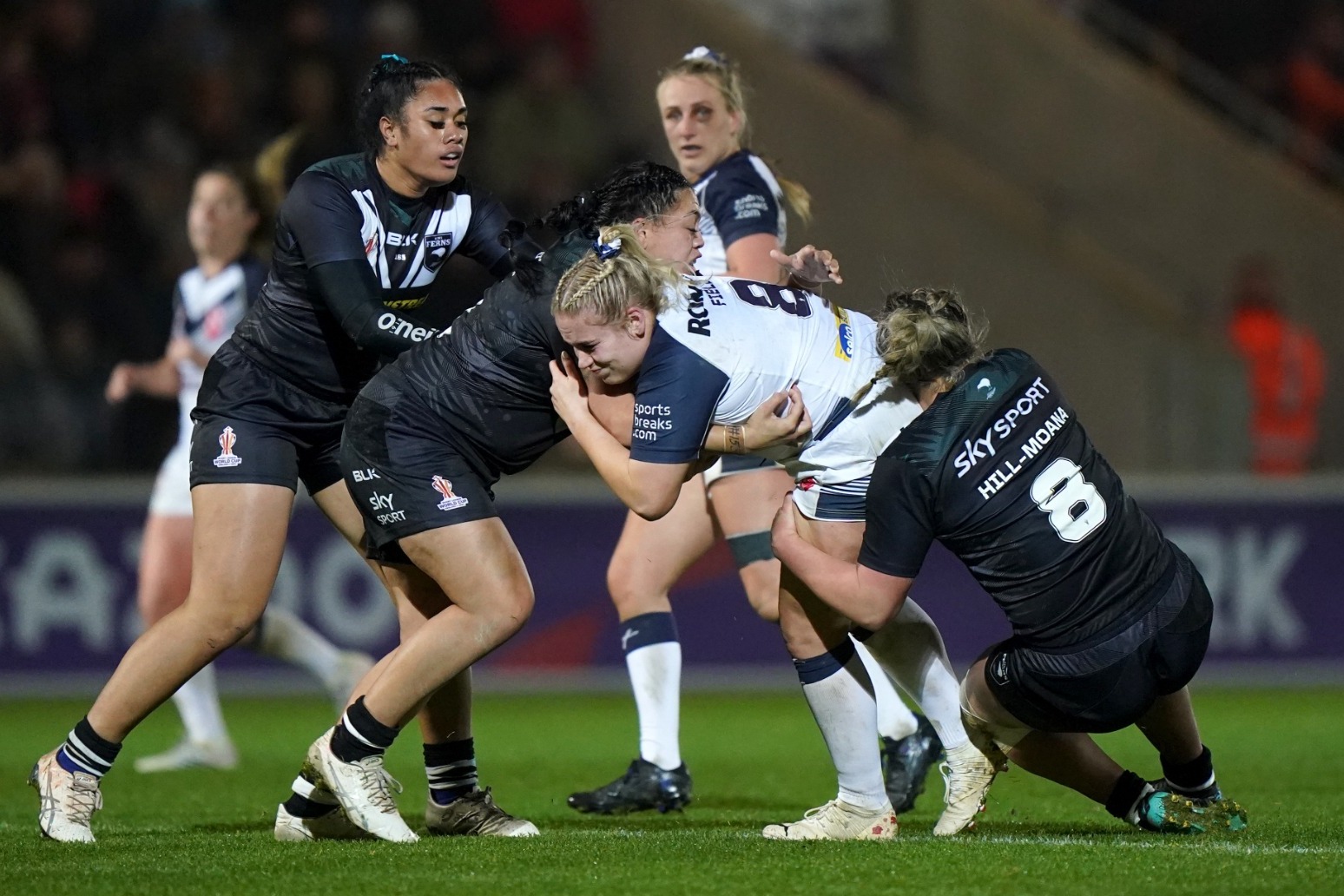 England’s dreams of reaching the women’s Rugby League World Cup final were undone by the unstoppable force of Mele Hufanga as New Zealand clinched a 20-6 victory in York.

The hosts led through 19-year-old full-back Fran Goldthorpe and set a sterling challenge to their mostly full-time opponents before succumbing to two crucial tries at the start of the second half.

They were both fashioned by the surging runs of 28-year-old centre Hufanga, creating tries from Otesa Pule and Brianna Clark that ultimately ensured a sixth consecutive World Cup defeat to the Kiwis, who move on to Saturday’s final against Australia.

But it was a mark of the extraordinary strides made in the domestic women’s game that this defeat was a far cry from the 52-4 thumping England endured against the same team at the same stage in Sydney in 2017.

In front of a raucous 7,139 crowd, England fought valiantly to the end, keeping New Zealand scoreless for the last half-hour in which the irrepressible Amy Hardcastle came closest to nudging her team back into contention.

England knew they needed a fine start and they got it within five minutes when the impressive Georgia Roche fed Goldthorpe who split the New Zealand line.

Tara-Jane Stanley added a difficult conversion and England battled to consolidate their advantage behind a series of crunching tackles that kept the favourites, and in particular their daunting prop Amber Hall, at bay down the centre.

However, the Kiwis’ formidable power on the right eventually paid off as Hufanga crashed over to score, then Raecene McGregor just about stretched over to ground their second try.

The pressure proved unrelenting, but England defended admirably, underpinned by the bravery of Hardcastle and the brute strength of St Helens prop Vicky Whitfield, who continued the impact she had made in the group stage win over Papua New Guinea.

It took an extraordinary effort from England to reach half-time just two points adrift at 8-6, and it seemed inevitable that that exertion would start to tell at the start of the second period.

Hufanga, the 28-year-old with a background in top-level rugby union, proved almost unplayable after the break, her surging run setting up Pule to score New Zealand’s third try which Apii Nicholls converted.

Shortly afterwards it was Hufanga again who barged through the England line before the ball swung out left for Clark to touch down, Nicholls’ conversion establishing a 20-6 lead.

It was a measure of England’s determination that they managed to keep New Zealand, in particular Hufanga, who had never played for the Kiwi Ferns prior to the tournament, scoreless for the remainder of the match.