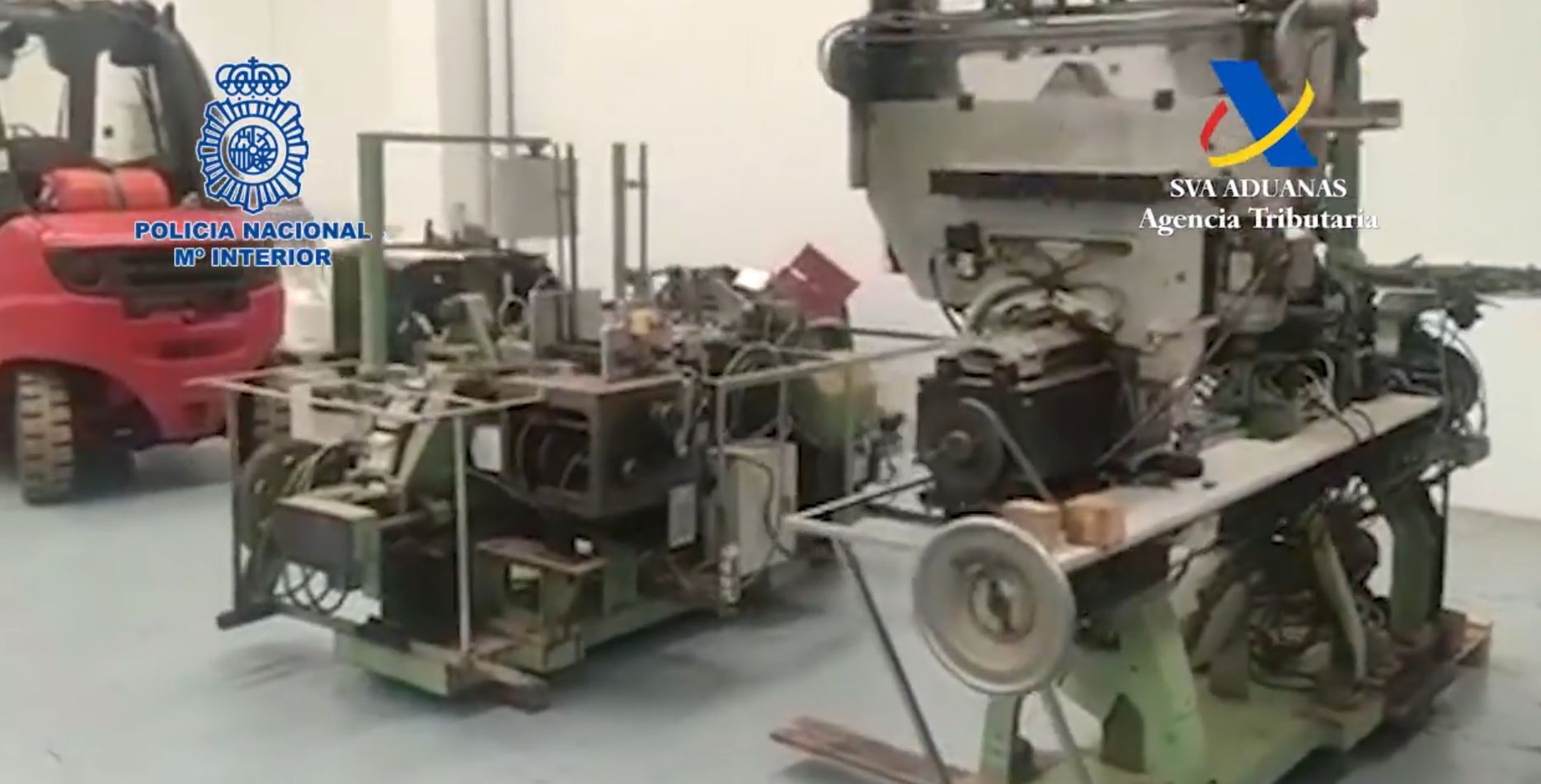 Policia Nacional in conjunction with German and Bulgarian forces have deatined five people in connection with a factory which was found to be making millions of counterfeit cigarettes.

Officers raided a warehouse in the Madrid town of Alcalá de Henares, where the sophisticated plant was located. They found machines that could not just package and roll cigarettes, but also create the filters used as well – the first of it’s kind in Spain.

Over 600,000 filters an hour could be created, using chemicals which are considered dangerous to public health.

The factory was found to have the capacity to produce 50 million cigarettes a month, with 15 million confiscated by police.