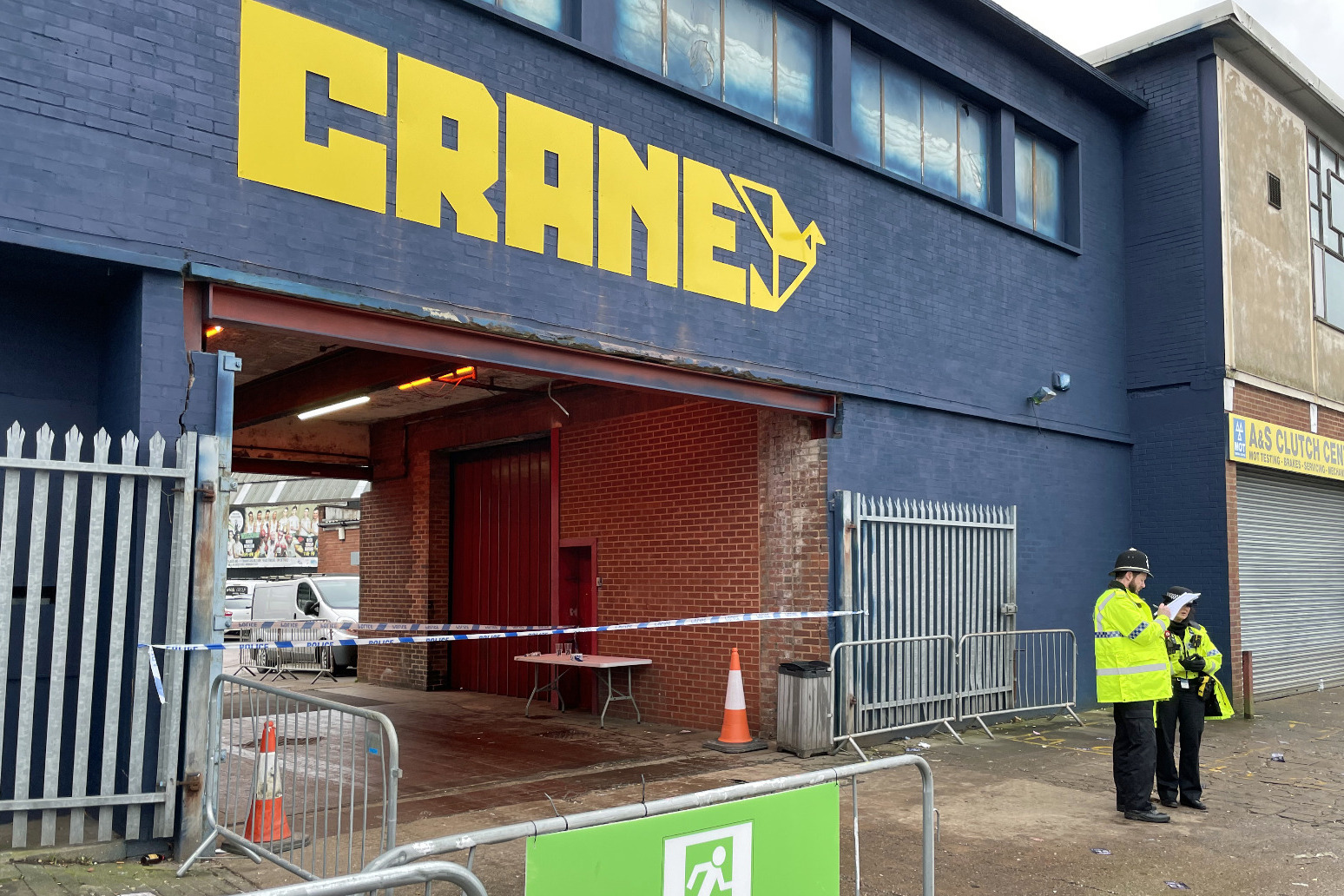 West Midlands Police have confirmed the victim was Cody Fisher

Police have named the 23-year-old victim of a stabbing on the dancefloor of a nightclub in Birmingham on Boxing Day, as his heartbroken family paid tribute to their “best friend”.

He had been on a night out with friends when he was approached by a group of people and stabbed, according to the force.

A statement shared by the police and attributed to Mr Fisher’s family said: “They have broken our hearts; I have lost my best friend. My family and I are asking for privacy and respectfulness at this heart-breaking time.”

Despite efforts to save Mr Fisher, he was pronounced dead around half an hour after officers were called to the scene.

Revellers at the nightclub criticised security searches at the event and recalled a “moody” atmosphere inside the venue.

Sydnee Power, from Birmingham, described “groups of lads” who were “looking to cause trouble”.

The 23-year-old told the PA news agency: “As soon as me and my friends walked in, we got a very weird vibe and the atmosphere wasn’t good.

“There were just groups of lads everywhere, most of them looked moody.

“A lot of them were definitely looking to cause trouble, they clearly weren’t there to enjoy the music.”

An 18-year-old man from Wolverhampton, who did not want to be named, said the incident was a “disaster waiting to happen”.

He said of the security searches: “Me and the friend I was with, not once did we get asked to clear our pockets out even though mine were full. I had cargo trousers on with pockets full.

“They didn’t even touch me whilst searching me, they just followed the outline of my body with their hands then tapped me to say go on through.

“Obviously you want everyone to have a good time and enjoy themselves (but) when we got in I said to my friend: ‘That’s the worst search I’ve ever seen’. Anyone could have brought anything in.”

The Crane cancelled its New Year’s Eve event in light of the incident and said it was working closely with police as they continue to investigate.

A statement posted on the club’s Instagram page said: “We are all deeply shocked and saddened that a man lost his life last night as our Boxing Day event came to a close. Our thoughts are with the victim and his family and friends.

“We do not feel it is right to hold our New Years Eve event under these circumstances. All ticket holders will be contacted directly and refunded by the relevant ticket providers.”

Police said hundreds of people were in attendance at the nightclub at the time of the stabbing and urged any witnesses to come forward.

Detective Inspector Michelle Thurgood, who is leading the investigation, said: “This was a young man enjoying himself with friends on a Boxing Day night out and our thoughts are with his friends and family today.

“We know there were hundreds of people in the nightclub at the time. While we’ve spoken to a number of them already, we still need to hear from anyone who was there and who witnessed or even filmed what happened.

“We believe that the victim was approached by a group of people, and was then stabbed, so we’re working hard to identify all of those involved.”

The scene remains closed while evidence is gathered and neighbourhood officers will be patrolling the area over the coming days to offer reassurance.