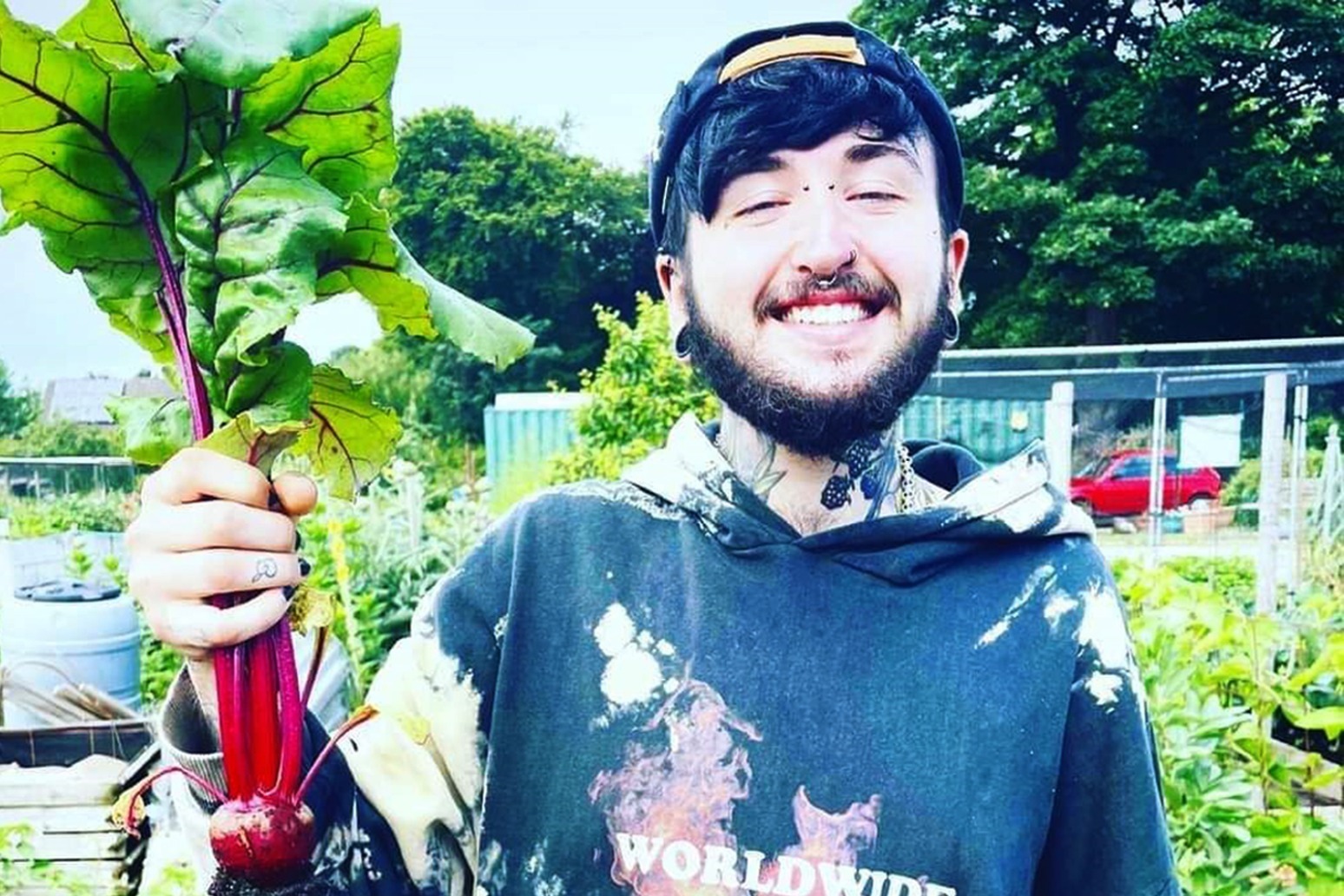 Morgan Fevre needed an operation after the attack left him with a bleed on the brain, three broken teeth and multiple breaks to his nose, cheekbone and eye socket.

The father of a man left in hospital after a homophobic attack has described the “absolutely devastating” effect it has had on his son and family.

Morgan Fevre, 22, needed an operation after the attack in Manchester in the early hours of April 10 left him with a bleed on the brain, as well as three broken teeth and multiple breaks to his nose, cheekbone and eye socket.

His parents, Paul and Dawn Fevre, rushed from their hometown of Retford in Nottinghamshire to be by his side at Salford Royal.

“And then when Morgan saw us, he started crying.

“The first thing he did is say, ‘I’ve obviously done something wrong for this to happen’, instantly blaming himself and apologising that we’ve had to come and drive to Manchester and things like that.

“And that’s probably what hurt the most, in all fairness, that the first thing that ran through his mind is he deserved those kinds of injuries.”

Morgan had been on a night out with friends in Manchester city centre on the evening of April 9, with his partner Elliot going home early.

He has no memory of the attack, according to his father, but does recall receiving homophobic abuse and negative comments about his sequined jacket before it happened.

Mr Fevre said: “Morgan’s had jibes about his sexuality for a long time and, unfortunately, like many do, class it as the norm and just turn the other cheek.

He said the attack has left his son with severe emotional damage which means he cannot be left alone.

He is unable to return to work because, as a support worker for adults with special needs, he occasionally faces attacks and does not feel it would be safe.

Mr Fevre said the attack had been particularly difficult because his son had moved to Manchester because he felt it was a place where his sexuality would not be an issue.

He said: “Morgan would go into town on his own and make new friends while he was out, he’s that kind of chap.

“But now, I went to see him yesterday and he just says, ‘I don’t think I could ever go out again’.”

He said Morgan’s sexuality has never been an issue in his family, and that he has always been loved and accepted by his parents and siblings.

He added: “For this to happen, it’s just been absolutely devastating for all his family. It really is. Because it’s Morgan.”

A statement from Greater Manchester Police (GMP) said: “Officers were called to reports of an assault on Charlotte Street in Manchester city centre at about 1.35am on 10 April 2022.

“It is believed the male victim was punched by another man and required hospital treatment for face and head injuries. He has now been discharged from hospital.

“The incident is being treated as homophobically aggravated assault and is being investigated by GMP’s City of Manchester CID.

Mr Fevre has set up a fundraiser to raise money for his son’s dental work and day-to-day expenses while he is unable to work, which can be accessed at www.gofundme.com/f/9xg6h-please-help-my-son