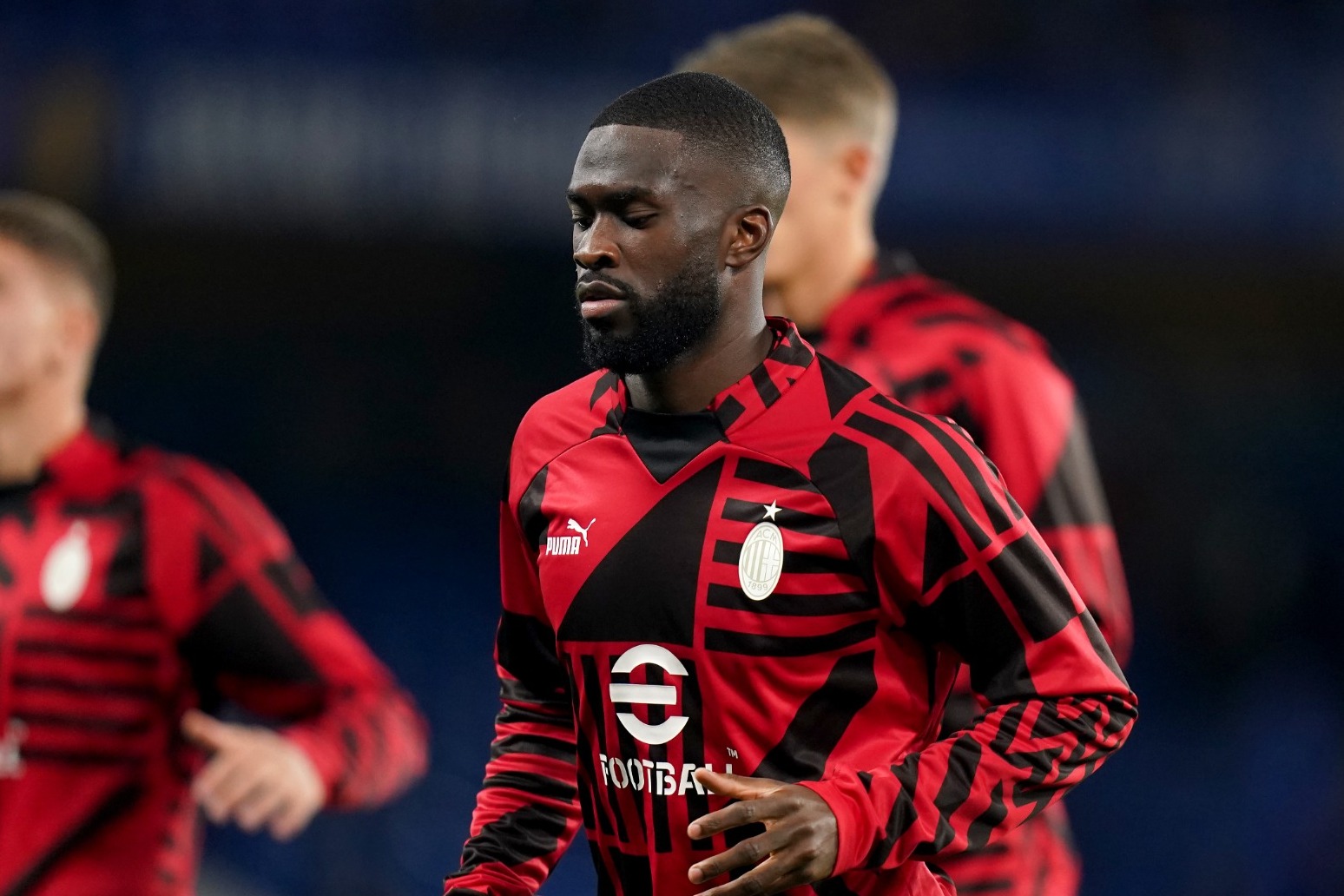 Fikayo Tomori has vowed AC Milan will vent their anger for last week’s below-par showing at Stamford Bridge when hosting the Blues at the San Siro.

Former Chelsea defender Tomori cut a frustrated figure as his Milan side slipped to a 3-0 Champions League loss in west London last week.

The 24-year-old exorcised some of those demons by netting the first goal in Milan’s 2-0 Serie A win over Juventus on Saturday.

But the Canada-born England centre-back insisted the Rossoneri are still determined to set the record straight in Tuesday’s Group E return match on home soil.

“As a matter of fact I was very angry after the game against Chelsea, so that was my feeling,” said Tomori.

“Of course I was happy and it was very good for me to score the goal (against Juventus), but my feeling was still very angry after that performance, and it had to be cancelled out completely.

“And it was a good way in any case to do it by scoring a goal. I think for us we knew that it wasn’t us (against Chelsea), we didn’t play as we have been playing since I’ve been here.

“Especially in a tough game at a big stadium in the Champions League, that’s when we want to show it and we didn’t really do it. So it was disappointing for us.

“That was not Milan and that was not myself as well. But the good thing was we had another game against Juventus, we had the chance to correct it and we did that with a good performance and a win.

“Now we have another chance a week after in front of our fans to put that game against Chelsea to bed and hopefully put in a good performance and get a result.”

Chelsea’s 3-0 thumping of Milan saw the Blues leapfrog their Italian rivals in the pool standings with their first Champions League win this term.

New boss Graham Potter has quickly set the Blues on a positive course, but Tomori remains confident Milan can show their strongest selves at the San Siro.

Asked if it will be extra important to produce a performance against old club Chelsea now, Tomori continued: “Yeah a little bit, every game I try to give my best.

“And last week I know I didn’t do that and that was really disappointing for me.

Milan manager Stefano Pioli echoed Tomori’s statements, challenging his players to ensure there will be no repeat of that Stamford Bridge defeat.

“For sure that was an episode, it must remain only one episode; it can’t be our normal way of playing,” said Pioli.

“Of course we are very disappointed because we could have done much better but as Fik said we need to learn.

“We have examined all our mistakes in that match and we won’t repeat them.”