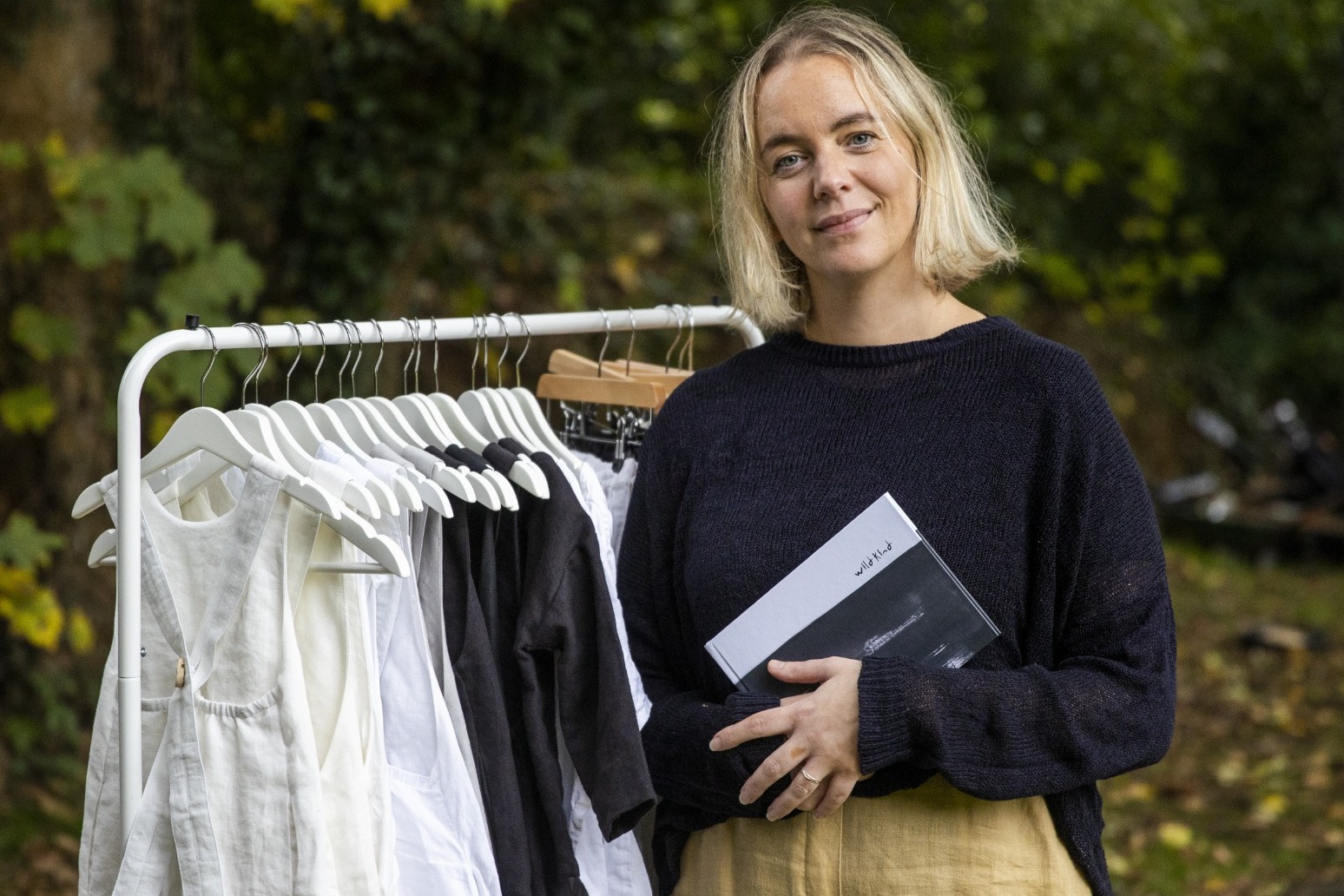 A filmmaker turned poet has penned a book and created a children’s sustainable clothing line inspired by wild landscapes on the island of Ireland.

The married mother-of-three began writing her poem Wildkind in the middle of the night eight years ago as she was breastfeeding her first child Adabelle.

In the intervening years, and as two more daughters arrived – Fiadh Ros and Birdie Blue, she began to illustrate the poem to create a book she hoped would inspire her children to connect with the rugged beauty of their homeland.

The artist, who now lives in Belfast, has also developed a collection of eco-friendly children’s clothes that aligns with the theme of the book.

The zero-waste garments are made from off-cuts of linen sourced from local mills and are finished with buttons hand carved from driftwood found on beaches.

Ms Tinney is particularly keen for vulnerable children to benefit from her creations and will use a percentage of any profits generated to support another project she has undertaken, the Grow Slow Initiative.

The initiative will seek to create opportunities for refugee, asylum seeker and other marginalised children to connect with nature.

“During the first sleepless months of motherhood, whilst breastfeeding Adabelle through the night, I had a notebook to hand and the poem began,” she said.

“I found giving birth and becoming a mother to be a huge change – raw and wild, overwhelming and beautiful. Writing became a way of navigating this time.

“Wildkind was a personal note to my daughters, introducing them to the wilds of Ireland and touching on what I felt were important lessons – namely, staying connected to the wild and being kind to each other.

“I wanted to delve further into this ethos and see if I could make something truly wild and kind that was deeply linked to the landscape.

Ms Tinney’s husband, South African-born Robbie Boake, also works in the film industry, as a location manager, and the couple met on the set of a low budget horror movie.

They worked on Game Of Thrones together, with Mr Boake responsible for finding many of the shoot locations in Northern Ireland that have now become synonymous with the series.

Around fifty children from countries such as Iraq, Syria, Sudan and Somalia now play at the club.

The poet and designer said she hoped Wildkind would help marginalised young people.

“I wanted to amplify the Wildkind message to those in need,” she said.

“The Grow Slow Initiative was formed. By donating a percentage of profits from the book we will help refugee, asylum seeker and marginalised children to connect with nature.

“Migrant families and low-income families in NI will hopefully reap the benefits of a seed sown in the early hours, as a new mum.”