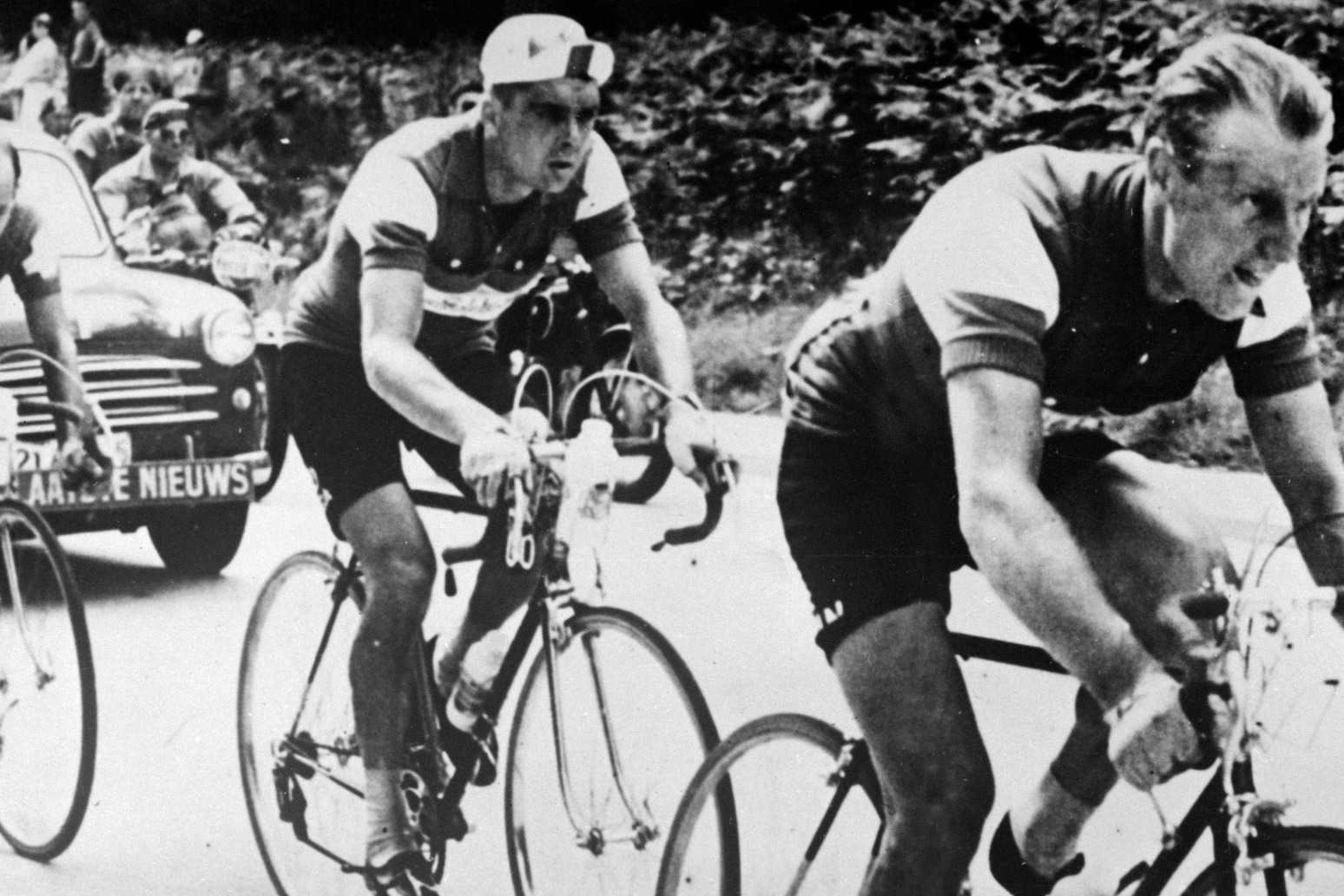 Brian Robinson, the first Briton to win a stage of the Tour de France, has died at the age of 91.

Robinson won stages of the Tour in both 1958 and 1959, and was also the first British rider to complete cycling’s most famous race in 1955.

A pioneer for Britons racing on the continent, he also won the prestigious Criterium du Dauphine stage race in 1961 and was the first Briton to stand on the podium of one of cycling’s Monuments, Milan-Sanremo, finishing third in 1957.

The Yorkshireman’s death was announced by his grandson and fellow cyclist Jake Womersley, who wrote on Twitter: “It’s with great sadness the family of Brian Robinson have to announce his passing yesterday.”

Born in Mirfield, West Yorkshire, Robinson joined his local cycling club as a teenager and later took up racing in between working for the family building company.

He competed for Britain at the 1952 Olympics before turning professional, riding the Tour de France for the first time in 1955 when he finished 29th overall.

In 1958 he took Britain’s first stage win, on stage seven from Saint-Brieuc to Brest, though he did not get to raise his arms in victory that day, only learning he had won later in the evening when news came through that Italian Arigo Padovan, first across the line, had been disqualified.

At a time when many professional cyclists lived hand to mouth, Robinson retired at the age of 33 to return to the UK with his family, still riding his bike in relative anonymity until he became an ambassador for the Grand Depart of the Tour de France in Yorkshire in 2014.