First images for Wildlife Photographer of the Year competition revealed 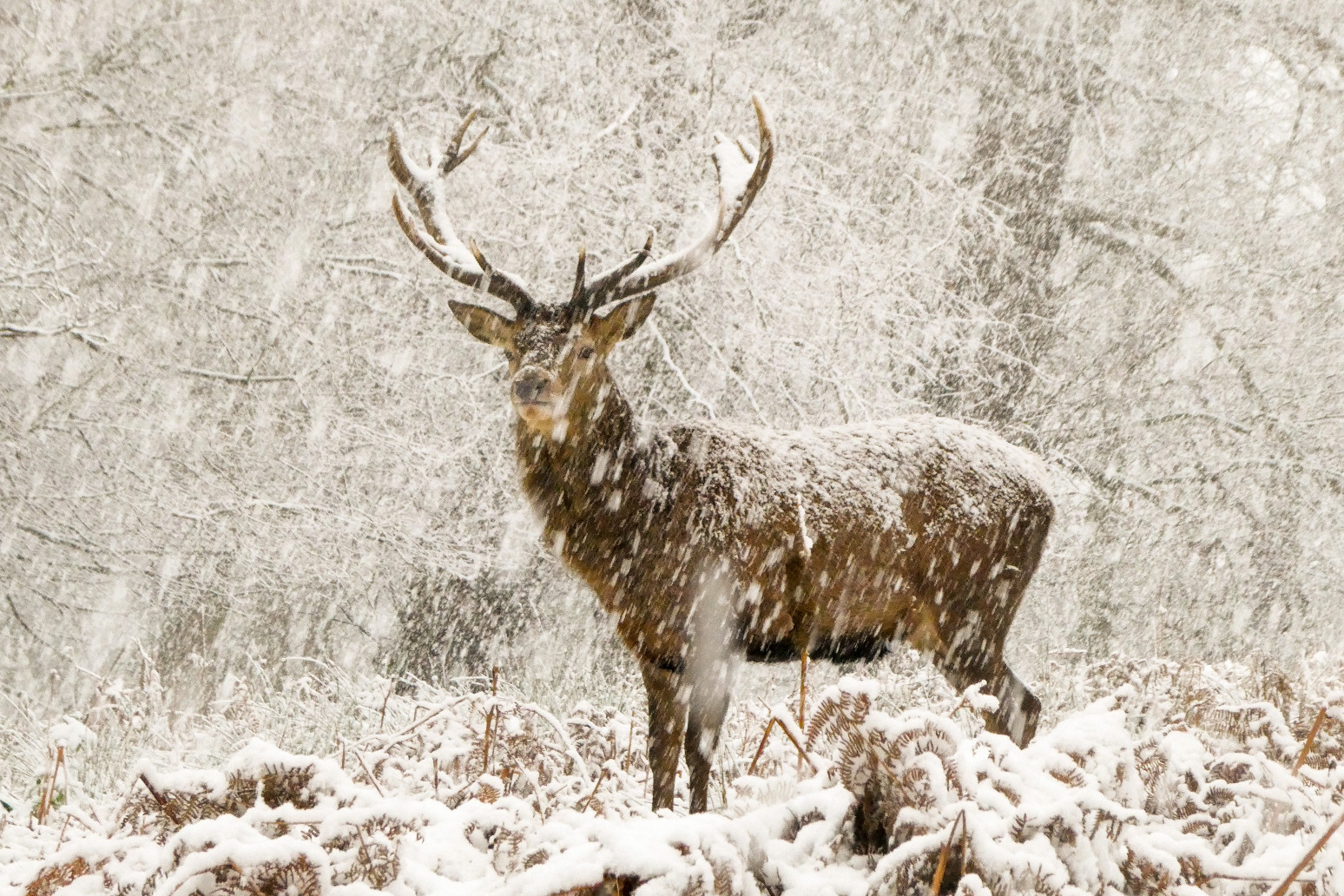 Fish “flying” through cloud-like algae, a vanishing giraffe and a stag in snow in London are among the first images released from this year’s Wildlife Photographer of the Year.

More than a dozen highly commended images have been unveiled by the Natural History Museum from this year’s competition, ahead of the winners being announced at a ceremony hosted by Chris Packham on October 11.

Among the newly released images, which received highly commended awards in their categories, are Tiina Tormanen’s otherworldly image of European perch swimming through sheet of algae and seven-year-old Joshua Cox’s portrait of a stag in Richmond Park, UK.

Joshua captured the image of the red deer stag, after he and his father followed some deer at a safe distance and, as the snow intensified, one of the stags stopped.

“He almost looked as if he was having a snow shower,” Joshua said.

A giraffe disappearing between concrete railway pillars, highlighting the contrast between the natural world and human infrastructure in Nairobi, Kenya, was captured by Jose Fragozo.

Also among the 14 images that have been released are shots of a polar bear leaning out of a window in an abandoned settlement, a pool party of treefrogs, a dog sniffing a sloth that has climbed down a tree, and an eye-to-eye view of a southern right whale.

An exhibition of the top 100 images submitted to the competition opens at the Natural History Museum in London on October 14, before going on a UK and international tour.

Dr Doug Gurr, director of the Natural History Museum said: “Captured by some of the best photography talent from around the world, the 100 photographs encourage curiosity, connection and wonder.

“These inspiring images convey human impact on the natural world in a way that words cannot – from the urgency of declining biodiversity to the inspiring bounce-back of a protected species.”

Chairwoman of the judging panel, Roz Kidman Cox said: “What’s stayed with me is not just the extraordinary mix of subjects in this year’s collection – a vast panorama of the natural world – but the emotional strength of so many of the pictures.”