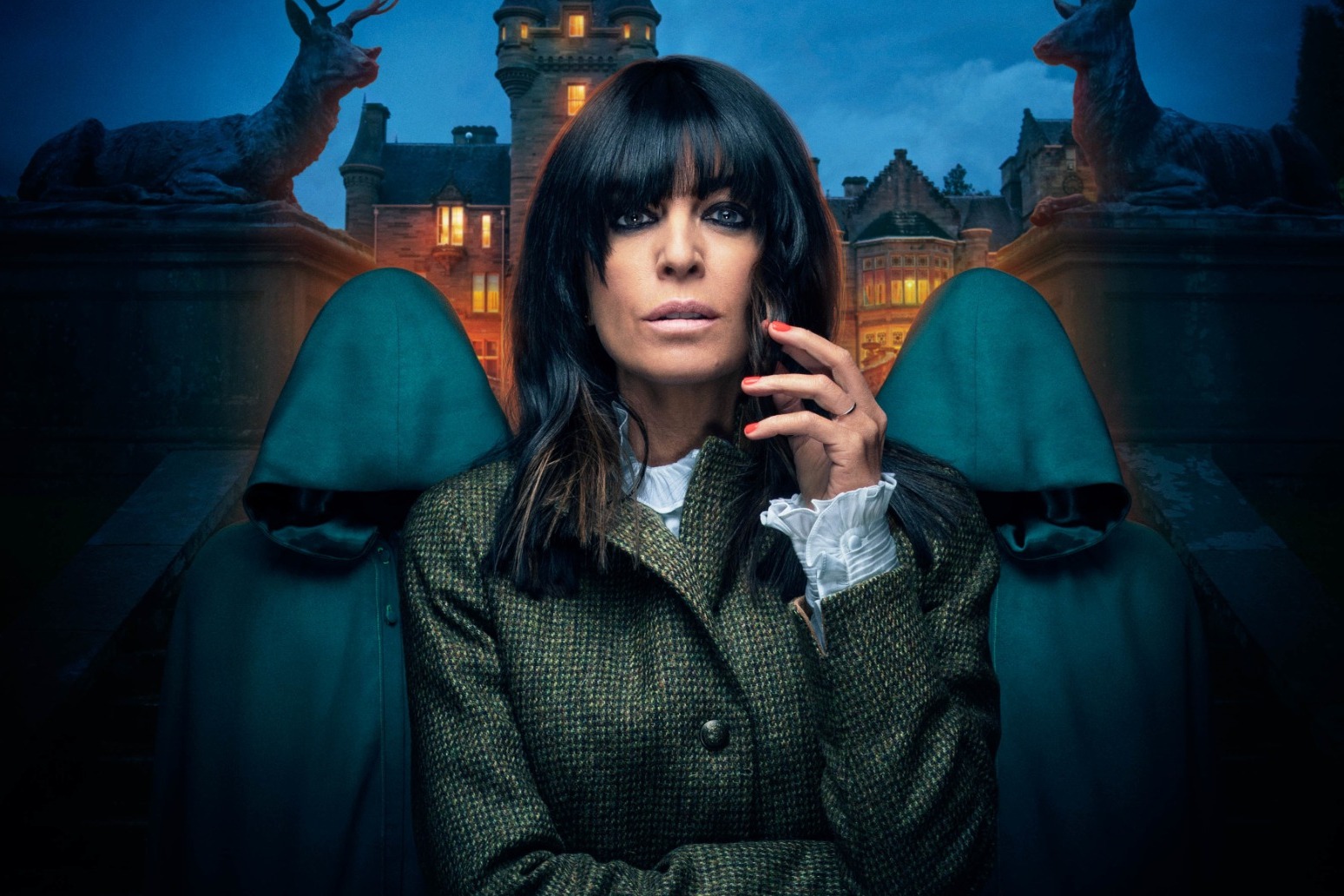 Claudia Winkleman is pictured flanked by two mysterious hooded figures in a first glimpse at the BBC’s new competition series, The Traitors.

The Strictly Come Dancing co-host is seen against the backdrop of the Scottish castle where the game is set.

The Traitors will debut on BBC One on Tuesday November 29 at 9.30pm, after the Wales v England game in the Men’s Fifa World Cup.

The second episode will air on Wednesday November 30 at 9.15pm following Poland v Argentina, and the third at 9pm on Thursday December 1.

The first three episodes will also be available on iPlayer from 10.30pm on the Tuesday.

In the show, based on a Dutch format called De Verraders, Winkleman greets 22 strangers as they arrive in the Scottish Highlands to play “the ultimate game of detection, backstabbing and trust” in the hope of winning up to £120,000.

To win the prize money, players must survive until the end of the competition and avoid being “murdered” or “banished”.

At the start, a small number of players will be selected to be the traitors, while the rest will become the faithful and be unaware of the identity of their enemies.

Players can lose their place in the competition in one of two ways – each night the traitors meet in secret and decide to “murder” one of the faithful.

The following morning the remaining players discover who has been “murdered” when one of them fails to meet for breakfast.

Alternatively, players can be “banished” when, later in the day, all the players meet at the round table and decide to “banish” a player they suspect of being a traitor.

The player that is selected will then reveal if they are indeed a traitor or if they have actually chosen to banish a faithful.

When the competition draws to a close, the few remaining players will share the prize pot if they are all faithful.

However, if there is still an undetected traitor among them, the traitor walks away with the entire amount.