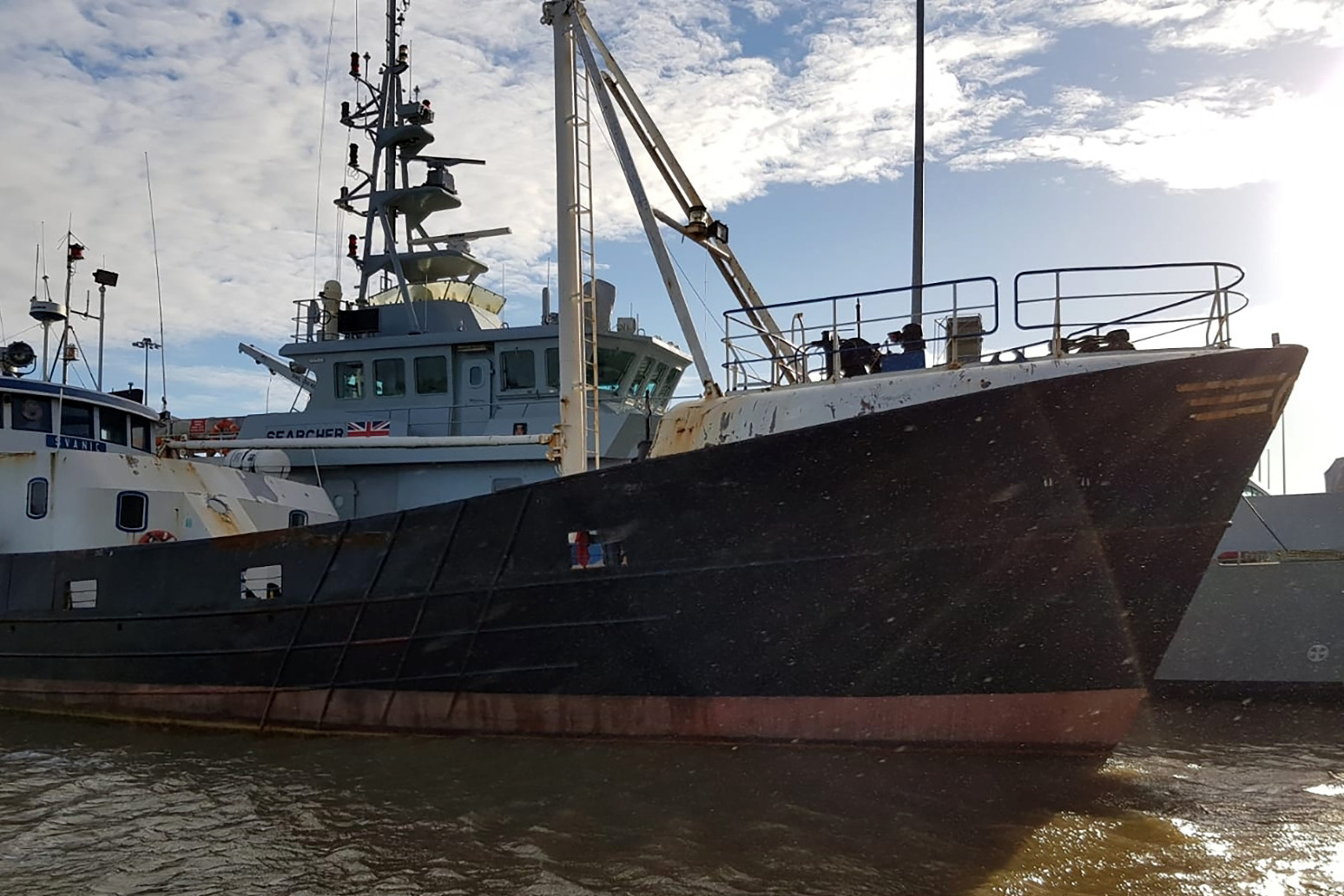 Four men have been found guilty of conspiring to smuggle 69 Albanian migrants into the UK on a converted fishing boat, following a two-month trial.

The near 30m-long trawler, called the Svanic, was intercepted by UK Border Force vessels in the North Sea late on November 17 last year and was escorted into Harwich in Essex.

The boat, built almost 60 years ago, had been heading towards Great Yarmouth in Norfolk after it set sail from the Ostend area of Belgium.

Tony Badenoch QC, prosecuting, told a trial at Chelmsford Crown Court that after it was seized the Svanic was inspected and it “displayed a multitude of faults”.

“As an example, it only had a maximum lifesaving capacity of 20 persons,” he said, saying there were 20 lifejackets for 72 people on board.

Latvian national Aleksandrs Gulpe, 44, and 56-year-old Ukrainian national Igor Kosyi were both found guilty of conspiring to assist unlawful immigration, with Gulpe by a unanimous verdict and Kosyi by a majority verdict of 10 jurors to two, a court official said.

Both men were described by prosecutors as crew members, who were arrested when the boat reached land in the early hours of November 18.

Prosecutors described them as “UK-based organisers”.

Arturas Jusas, 35, of Wandsworth Road, Lambeth, also described as a “UK-based organiser”, admitted at an earlier hearing to conspiring to assist unlawful immigration.

A sixth man, Ukrainian national Volodymyr Mykhailov, 49, who the court heard was arrested when the boat reached land, was cleared.

All six defendants had been charged with conspiring to assist unlawful immigration between September 1 2020 and November 30 2020.

“From first trip we’re going to get the money back.”

Mr Badenoch said: “A single trip was therefore capable of returning 40,000 at the very least on the interpretation of that message.”

The National Crime Agency’s director of investigations, Nikki Holland said, afterwards: “There is no stronger example of how organised criminals are prepared to risk the lives of the people they smuggle for profit.

“The Svanic was in an appalling condition, and in no fit state to make the perilous journey from Belgium to the UK.

“Had it got into trouble, the consequences could have been fatal as there was only one lifeboat and 20 lifejackets.

“The dangers wouldn’t have crossed the minds of these men, whose sole motive was to line their pockets.

“They were planning to use this death trap over and over again.”

The five men who were convicted of the charge are to be sentenced on a date to be fixed.