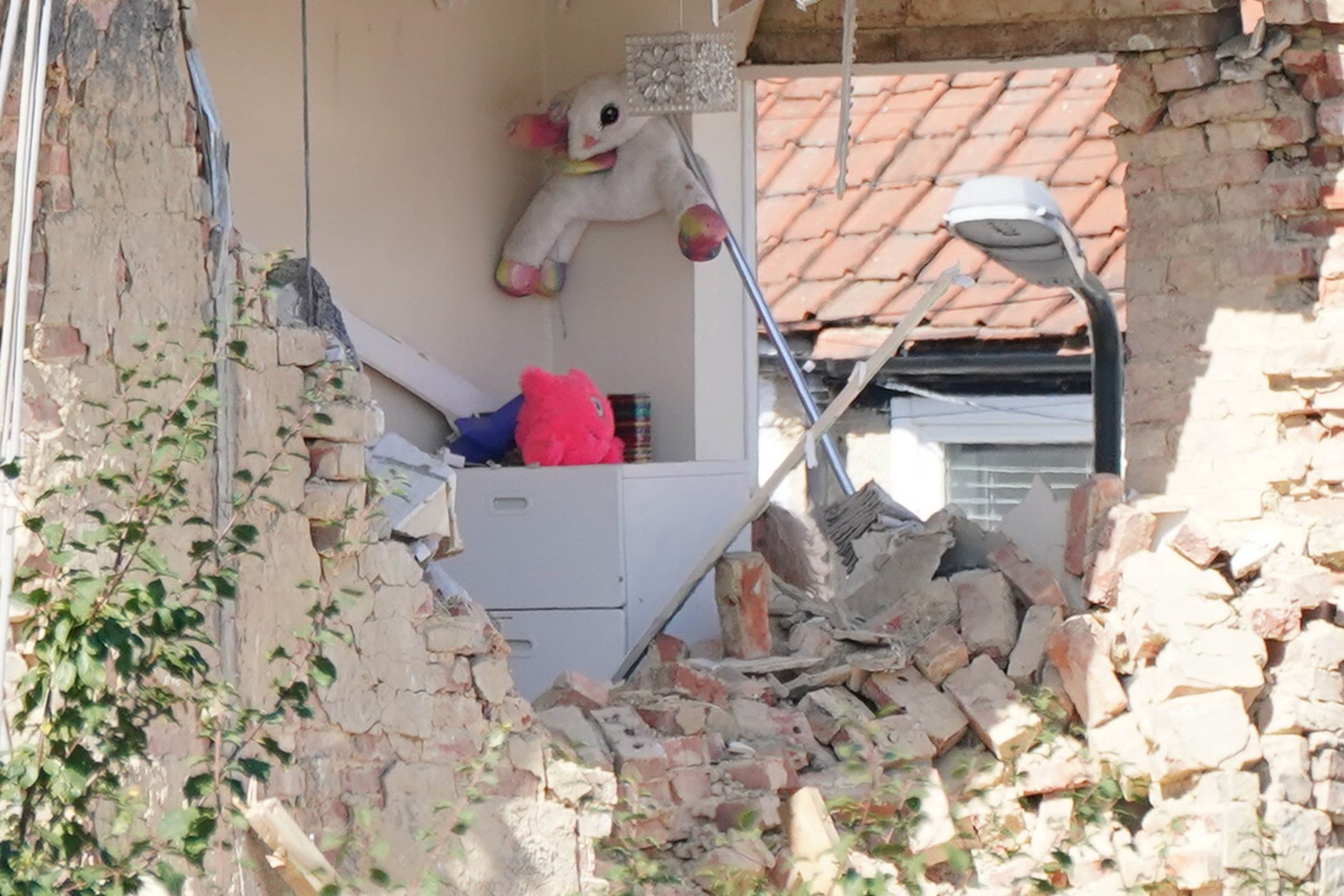 A young girl died and three people are in hospital after a terraced home collapsed following a gas explosion and fire in south London.

The Metropolitan Police said officers believe the child was a four-year-old girl and that her next of kin have been informed.

London Ambulance Service confirmed the child had died after the incident in Galpin’s Road in Thornton Heath on Monday morning, which leader of Merton Council Ross Garrod described as a gas explosion.

London Fire Brigade (LFB) has said the cause of the fire and explosion is yet to be confirmed and an investigation is underway.

A London Ambulance Service spokesperson said: “This morning, alongside colleagues from London Fire Brigade, we attended an incident in Galpin’s Road, Thornton Heath.

“We treated four people. One was discharged on scene and three others were taken to hospital. Sadly, a child was also pronounced dead at the scene.

“All London Ambulance Service crews have now been stood down.”

London Fire Brigade’s deputy assistant commissioner Richard Welch said following the confirmation that the girl had died, no other searches are being undertaken for anyone else.

A resident has described the children who lived in the house as “lively” and “happy”.

Maureen Clare, 74, told the PA news agency that there were four children and a mother living in the terrace house in Croydon.

Ms Clare, who lives opposite and was visibly shaken by the incident, told PA: “They’re very lively kids.

“They were always mischievous, happy and bouncing around.”

Mr Welch said: “Firefighters carried out a search of the property and sadly, a child was pronounced dead at the scene.

“Our thoughts are with their family, friends and the local community at this time.”

Around 40 properties have been evacuated as a precaution by LFB and a 50-metre cordon is in place.

Dozens of residents gathered beside a police cordon on the end of the street hours after the explosion, which was reported at 7.08am.

Several residents also raised concerns for a woman living in the house next door, which was damaged by the blast, after her husband was seen searching for her.

Many also said they reported a strong gas smell in the area which had persisted for around two weeks.

Responding to the claim in a press conference, Mr Welch said: “Unfortunately we can’t say if it’s gas that’s caused it. It will become a police investigation now.

“We dealt with the emergency phase of the incident and we will be handing it over to local authorities and local police.”

Residents added that engineers had been working on the street but had not been seen for a few days.

Galpin’s Road residents Delroy Simms, 62, and Kutoya Kukanda, 50, have been called “heroes” after they rescued three children from the house moments after the blast.

A spokeswoman from gas distribution company SGN, which is the gas emergency service in the area, said: “Following the explosion in Galpin’s Road, Thornton Heath, earlier today, our deepest sympathies are with the family of the child who has tragically died as well as those who have been injured.

“We’d like to reassure everyone that our engineers are working closely with the emergency services to establish the cause of the explosion. Given the ongoing police investigation, it is inappropriate to comment any further at this stage.”