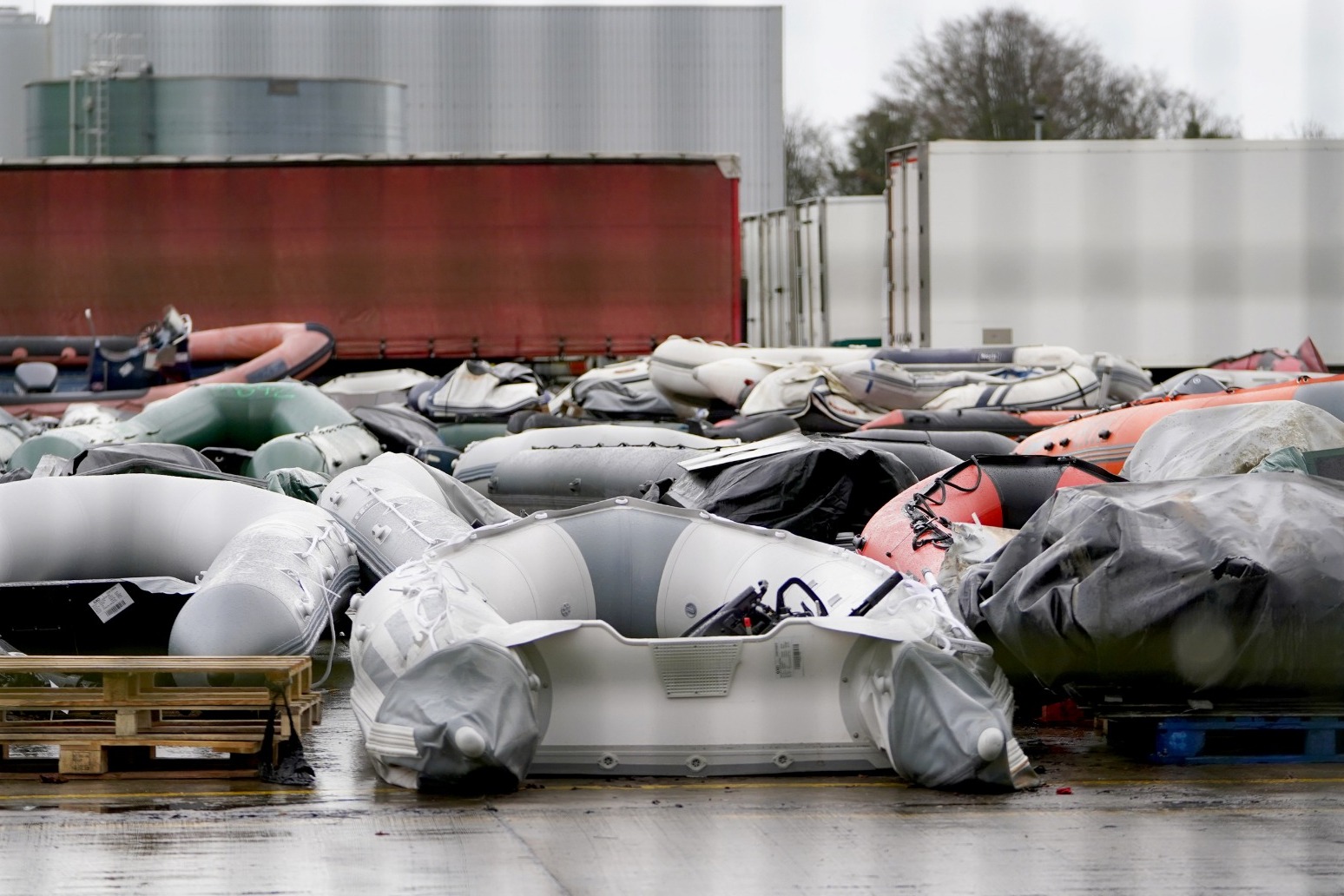 A French government spokesman accused the Prime Minister of “double-speak” as the fallout after a dinghy sank on Wednesday, with the loss of 27 lives, erupted into a full-scale diplomatic row.

A relative identified 21-year-old Mariam Nouri Hamadameen, known to her family as Baran, as one of those who died on what was the deadliest day of a migration crisis that sees vulnerable individuals make the perilous crossing in small boats to flee war, poverty and persecution.

The student was said to have been trying to join her fiance who already lives in Britain, as her cousin urged the British and French governments to help people resettle rather than “force them to take this route of death”.

Earlier the French interior ministry announced it was withdrawing an invitation to Home Secretary Priti Patel to attend a meeting in Calais on Sunday of ministers from key European countries to discuss the crisis.

The French were enraged by Mr Johnson releasing a letter he sent to President Emmanuel Macron setting out his proposals to tackle the issue.

They included joint UK-French patrols by border officials along French beaches to stop boats leaving – a move which Mr Johnson said could begin as early as next week but which Paris has long resisted.

He also called for talks to begin on a bilateral returns agreement, saying it could have “an immediate and significant impact” on the flow of people attempting the crossing.

However, the proposal was dismissed by French government spokesman Gabriel Attal, who said it was “clearly not what we need to solve this problem”.

He said the Prime Minister’s letter “doesn’t correspond at all” with discussions Mr Johnson and Mr Macron had when they spoke on Wednesday.

“We are sick of double-speak,” he added.

Mr Macron said Mr Johnson’s decision to post his letter on his Twitter feed suggested he was “not serious”.

“We do not communicate from one leader to another on these issues by tweets and letters that we make public. We are not whistleblowers,” he told a news conference.

Transport Secretary Grant Shapps insisted Mr Johnson’s proposals were made in “good faith”, and appealed to the French to reconsider their decision to withdraw the invitation to Ms Patel.

“I think it is really important that we work hand in glove with the French. I don’t think there is anything inflammatory to ask for close co-operation with our nearest neighbours,” he told the BBC Radio 4 Today programme.

Downing Street sought to play down the row, insisting Mr Johnson’s letter had been written in a “spirit of partnership and co-operation”.

In a statement reported in French media, the interior ministry said the meeting on Sunday would go ahead with interior minister Gerald Darmanin and his counterparts from Belgium, the Netherlands and Germany and representatives of the European Commission.

Although the meeting with Ms Patel has been cancelled, the No 10 spokesman said Home Office officials had travelled to France for talks on Friday with French counterparts as planned.

In his letter, the Prime Minister said a bilateral returns agreement would be in France’s interest by breaking the business model of criminal gangs running the people-smuggling trade from Normandy.

– Advanced technology such as sensors and radar would be deployed to track migrants and people-trafficking gangs.

– There would be joint or reciprocal maritime patrols in each other’s territorial waters and airborne surveillance by manned flights and drones.

– The work of the Joint Intelligence Cell would be improved with better real-time intelligence-sharing, to deliver more arrests and prosecutions on both sides of the Channel.

As the politicians argued, Krmanj Ezzat Dargali identified his cousin among those who died on Wednesday.

He posted a tribute to Mariam Nouri Hamadameen on social media and told Sky News: “The situation is just awful. She was a woman in the prime of her life.

“I understand why so many people are leaving for a better life, but this is not the correct path. It’s the route of death.”

He said he hoped the British and French Governments would “accept us in a better way”, adding: “Anyone who wants to leave their home and travel to Europe has their own reasons and hopes, so please just help them in a better way and not force them to take this route of death.”