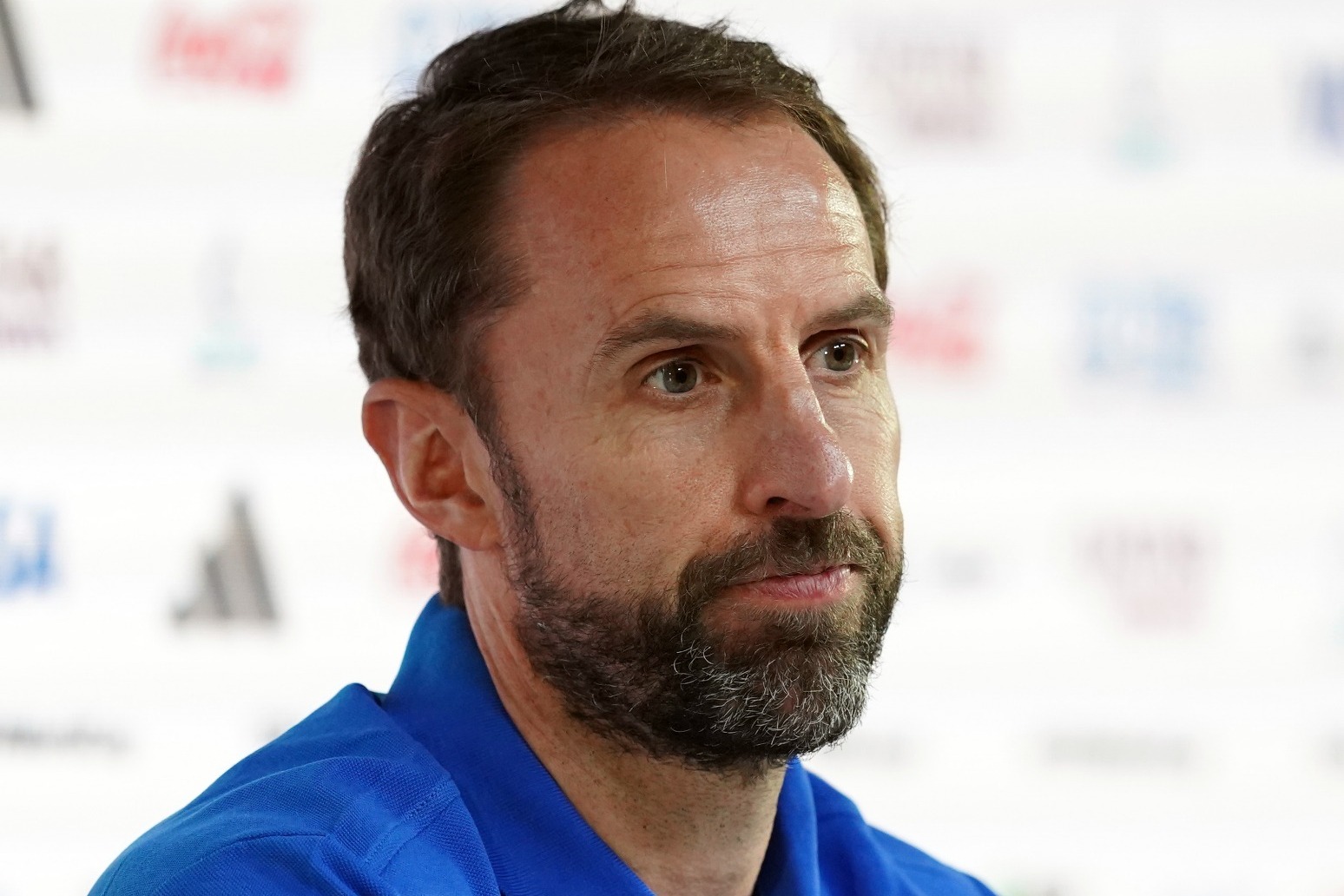 Gareth Southgate will take time to consider his future as the England manager deals with conflicting thoughts after what he admits has been an often difficult last 18 months in the hot seat.

Harry Kane scored one penalty and missed another against reigning champions France on Saturday night as their World Cup dreams ended with a 2-1 quarter-final defeat in Qatar.

England’s wait to emulate Sir Alf Ramsey’s 1966 heroes goes on as attention turns to Southgate as he processes the last-eight loss on the back of last summer’s European Championship final loss to Italy.

The 52-year-old has a contract until the next Euros in 2024 but wants to ensure he has the energy required to go again and that the decision is right for the team.

“When I’ve been through the past few tournaments my emotions have been difficult to really think through properly in those following few weeks,” Southgate said.

“It took so much energy out of you and you have so much going through your mind.

“Neither are the next few days really.”

Put to him that the future looks bright for England, he added: “Yeah, look, I’ve found large parts of the last 18 months difficult.

“For everything that I’ve loved about the last few weeks, I still have how things have been for 18 months.

“What’s been said and what’s been written, the night at Wolves.

“There’s lots of things in my head that’s really conflicted at the moment, so what I want to make sure, if it’s the right thing to say, is that I’ve definitely got the energy to do that.

“I don’t want to be four, five months down the line thinking I’ve made the wrong call. It’s too important for everybody to get that wrong.”

Southgate was widely criticised during England’s six-game winless run leading up to Qatar, which led to relegation from the Nations League top tier.

June’s 4-0 Molineux mauling at the hands of Hungary was the lowest point and some fans turned on the England boss, just as they did after September’s 1-0 loss to Italy in Milan.

England head back to Italy to kick off European Championship qualifying in just 14 weeks and Southgate will sit down with the Football Association before then to talk “things through logically”.

The former defender has gone through the same process after the runs to the World Cup semi-finals four years ago and last summer’s Euros final – a penalty shoot-out loss that still sticks in the craw.

“I don’t think I have got over the last one, but this feels a little bit different because, when we reflect on what we’ve done, I’m not sure what more we could have done or given,” said Southgate.

“I think we’ve given a really good performance against a top team, which I think was a significant psychological step for those players.

“There are some young players in there especially, where the step we have to make is to have that belief and that confidence in those big games.

“I have been involved in nights where we have played top teams and been on the back foot for the majority of the game and dominated.

“I know France are a bit more counter-attacking so it is a little bit different from a possession team who can pin you back.

“We wanted to be bold in the tournament and I think we went toe-to-toe with them and, yeah, the players should be really proud of what they have done.”

Southgate believes England have “restored credibility” by reaching the quarter-final stage in three successive tournaments, which they last achieved under Sven-Goran Eriksson between 2002 and 2006.

The former defender is not sure if he will watch the rest of the World Cup after he returned home on Sunday following an abrupt halt to what was shaping up to be a special tournament.

“It’s a really strange feeling because the end of the tournament is so stark,” he said before departing their Qatar base.

“Everybody’s packing everything up and you go through years of preparation, really, and then there’s that feeling.

“There’s the feeling that we were so close and the level of performance I was so happy with.

“There’s the disappointment that we feel we could have gone on and done more and yet I really have very few regrets about the whole thing. So, yeah, emotionally it’s a rollercoaster, really.”