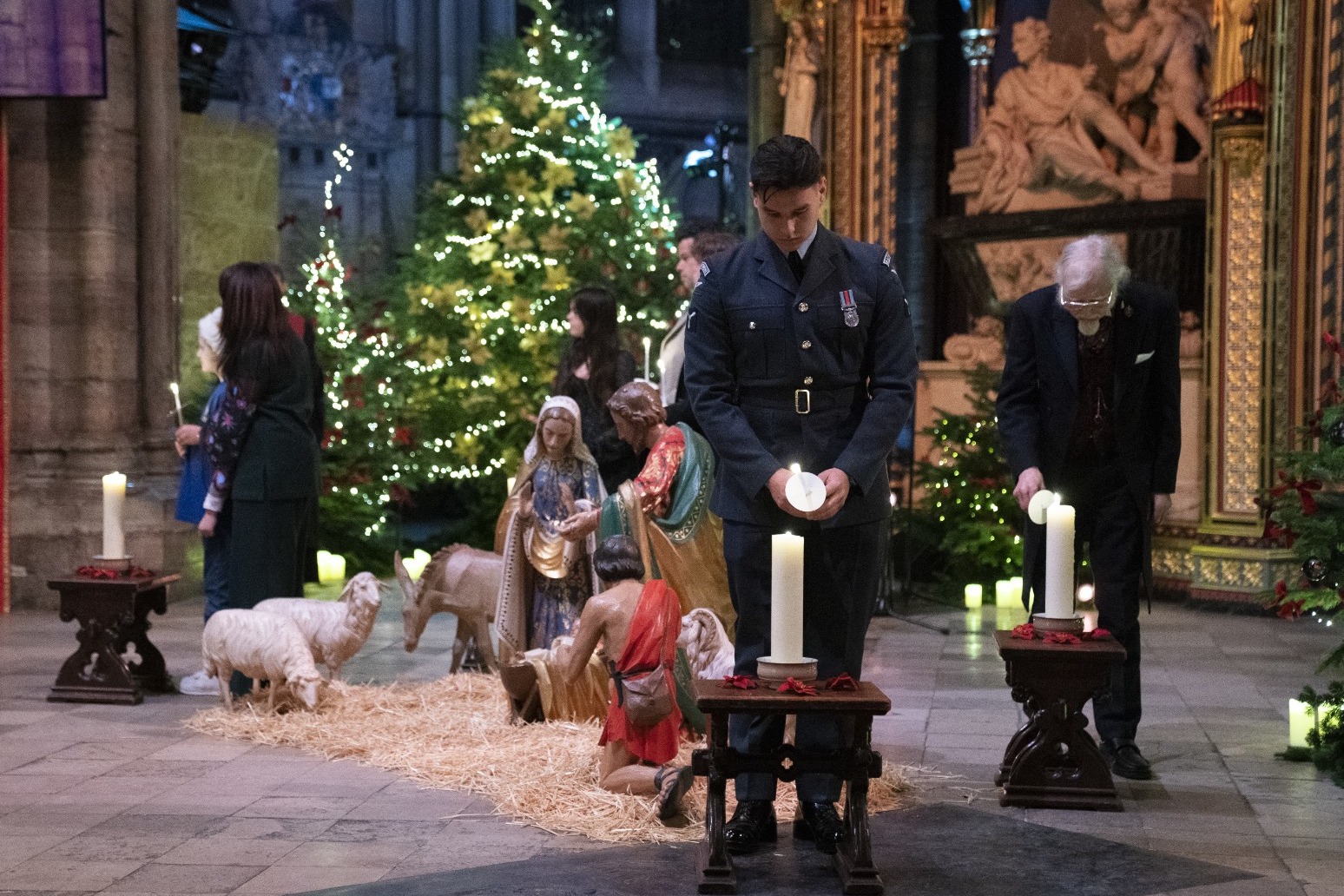 Prince George and Princess Charlotte sang in full voice at their mother the Princess of Wales’s Christmas carol service, during which the late Queen’s memory was honoured.

The future king and his younger sister held candles as they joined the congregation for the festive evening at Westminster Abbey earlier this month.

George and Charlotte were among more than 1,800 people at the televised service, which aired on ITV1 on Christmas Eve and was narrated by Catherine Zeta-Jones.

Kate was seen at one point with a comforting arm around Charlotte’s shoulder, while the Prince of Wales placed a guiding hand on his son George’s back.

Kate dedicated the carol service to the late Queen, paying tribute to her “incredible legacy” which she said had “deeply inspired many of us”.

Introducing the programme, Kate, who spearheaded the service with support from The Royal Foundation, said she was “thrilled” to return to the abbey for a second year.

She said: “This Christmas will be our first without Her Late Majesty Queen Elizabeth.

“Her Majesty held Christmas close to her heart, as a time that brought people together and reminded us of the importance of faith, friendship and family, and to show empathy and compassion.

“This year, we’ve invited hundreds of inspiring individuals to the service.

“Those who showcase the power of connectedness and community values, allowing us to continue Her Majesty’s tradition of recognising and thanking those who have gone above and beyond to support others.

“Her Majesty leaves with us an incredible legacy and one that has deeply inspired many of us.”

During the service, images of the late Queen through the ages appeared on a grand piano during an instrumental version of In The Bleak Midwinter.

The service was attended by a host of members of the royal family including the King and Queen Consort, the Countess of Wessex, Princesses Beatrice and Eugenie as well as Zara and Mike Tindall.

Among the performers were the Westminster Abbey choir, singer Craig David and Alfie Boe and Melanie C who sang a duet, while William and Dame Kristin Scott Thomas delivered readings.

A Christmas tree in the abbey was decorated with small Paddington Bear decorations, a nod to the late Queen’s famous sketch, while guests were greeted with atmospheric snowflakes from a snow machine as they arrived at the entrance.

The service took place on December 15, just hours after the final part of the Duke and Duchess of Sussex’s controversial documentary dropped on Netflix.