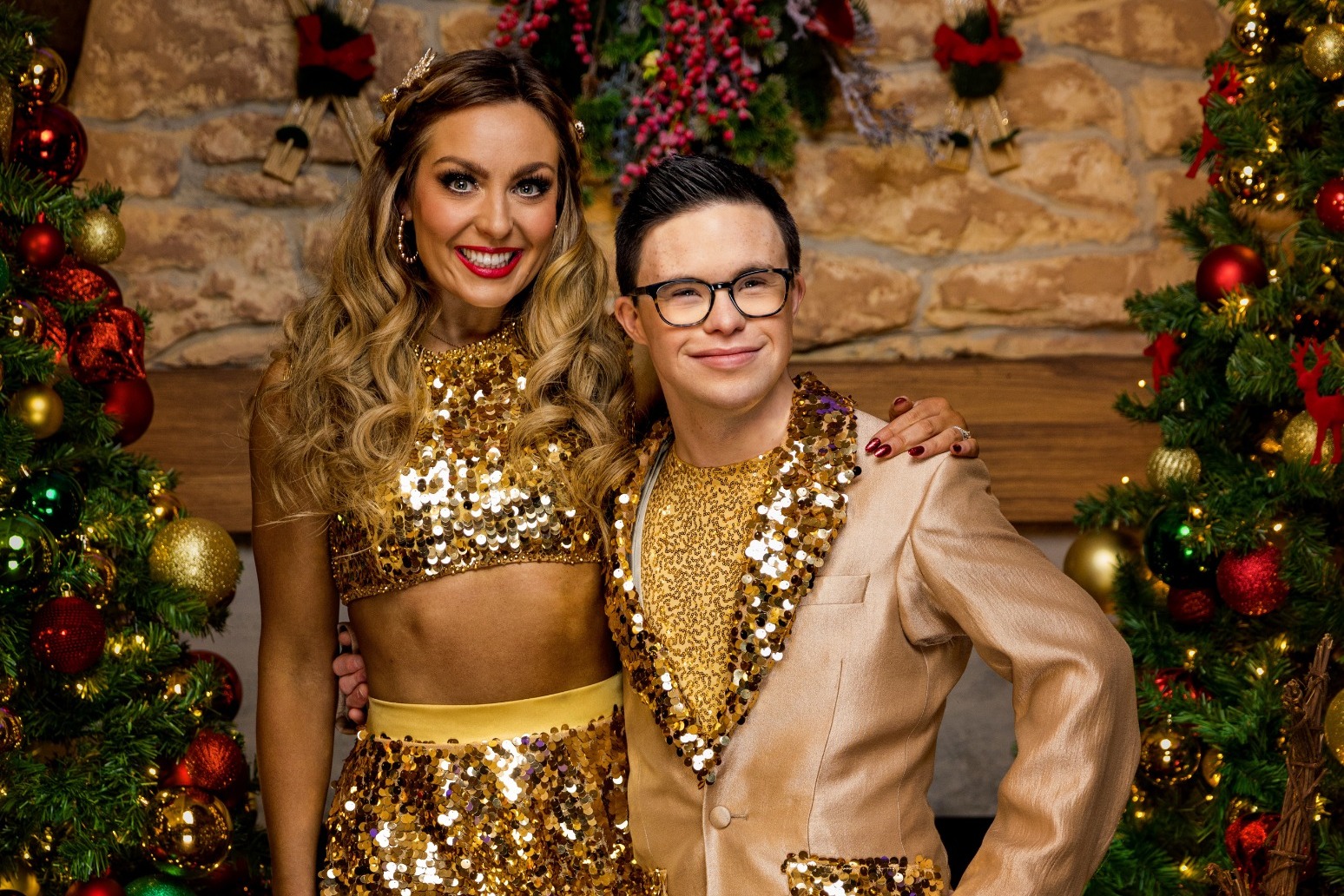 CBeebies presenter George Webster says that as a lifelong Strictly Come Dancing fan, being on the show’s Christmas special is “a dream come true”.

The TV presenter, 22, said he watches the show every year and that being on set to film episodes “blew my mind”.

Webster, who has been partnered with dancing professional Amy Dowden, said he was “loving every second”, including his golden dancing outfit.

He will be joined for the special by other famous faces including Alexandra Mardell, Nicola Roberts, Larry Lamb, Rickie Haywood-Williams and Rosie Ramsey.

“So when the call came in I said ‘yes, yes’ straight away. It blew my mind actually being here.”

Dowden said her favourite part of the experience was “seeing the joy on George’s face every day” while filming and training, saying she did not want the partnership to end.

“Watching him improve as a dancer has been fantastic, and you know what, it’s a dream come true that we get to do the Strictly Christmas special dancing a Charleston.

“Honestly, if I was to describe it in one word, it would be magical.”

Webster added: “Amy is so lovely. She is such a talented dancer. She’s so much fun, she’s a total joy to be with.”

He made history last year when he became the first presenter on CBeebies with Down’s syndrome, and he recently won a Bafta for his hosting role.

Born in Leeds, he is also a stage and screen actor and featured in 2022’s The Railway Children Return.

– The Strictly Come Dancing Christmas Special will air on BBC One and BBC iPlayer on Christmas Day at 5.10pm.