Gianni Infantino Europeans should look at themselves before criticising Qatar 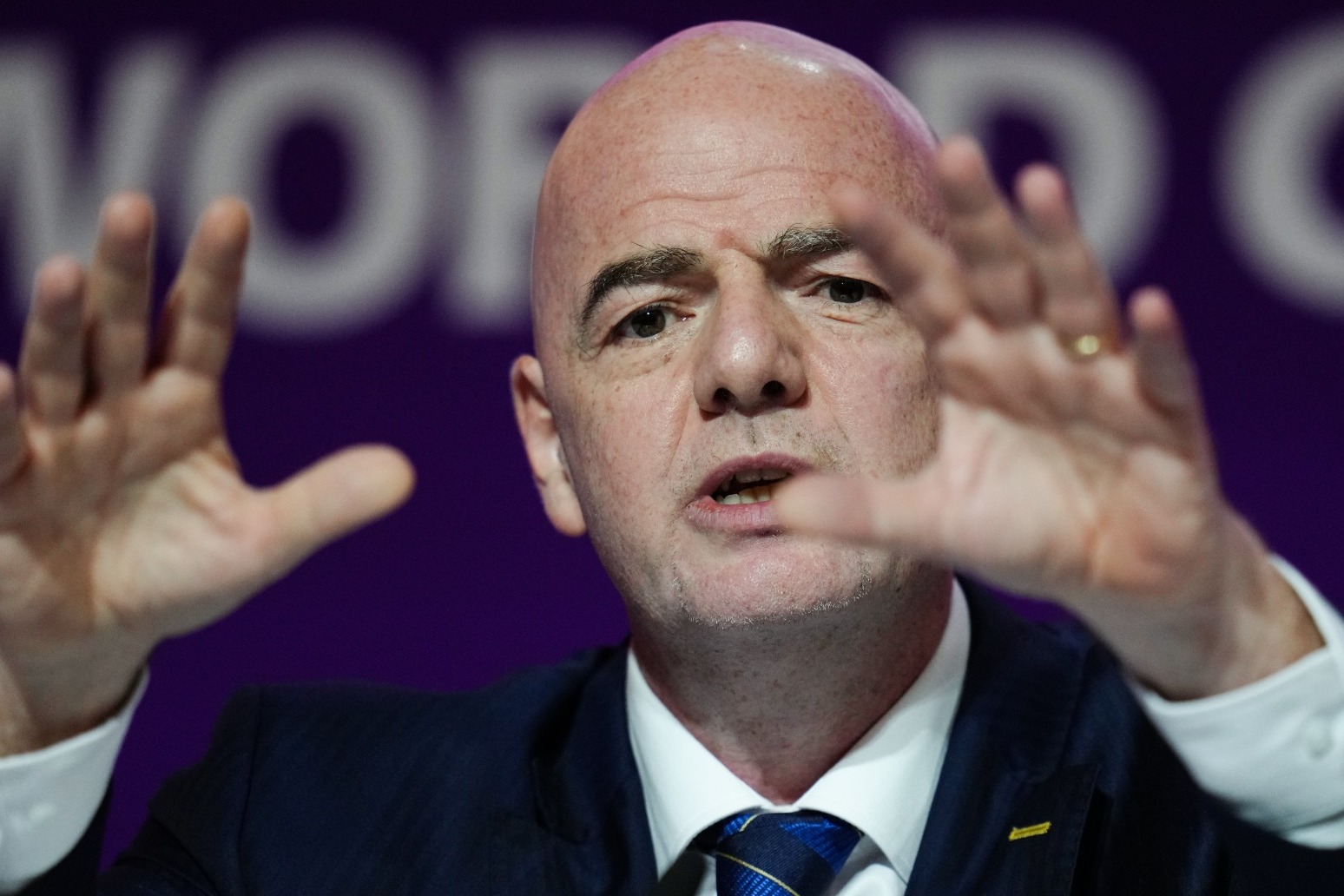 FIFA president Gianni Infantino took aim at European critics of Qatar on the eve of the World Cup in an extraordinary hour-long monologue.

Infantino attracted criticism on social media for declaring “today I feel gay” and “today I feel (like) a migrant worker” early on in the speech, referencing the discrimination his family faced as Italian migrants in Switzerland and how he was bullied owing to his red hair and freckles.

The rights of the LGBTQ+ community and migrant workers in Qatar have been heavily in focus in the years leading up to the finals, particularly in Europe, but Infantino highlighted Europe’s own shortcomings on social issues and their current immigration policies in what was an impassioned defence of Qatar’s progress since the finals were controversially awarded in 2010.

“We have told many many lessons from some Europeans, from the western world,” he said.

“I am European. I think for what we Europeans have been doing the last 3,000 years we should be apologising for next 3,000 years before starting to give moral lessons to people.”

He added: “We should all educate ourselves. Reform and change takes time, it took hundreds of years in our countries in Europe where we think we’ve achieved the top. I wonder if that’s the case.

“The only way of obtaining results is by engaging, dialogue. Not by hammering, insulting. When your child does something bad at school and you tell him you’re an idiot, you’re useless and you put him up in his room, what do you think his reaction will be?

“If you engage with him, he will recognise that and he will be better. I don’t want to give you any lessons of life, but what is going on here is profoundly unjust.

“Europe is a heart of multicultural tolerance but even in Europe there are things that are not good. We should look at ourselves before criticising others.”

Infantino, who took a range of questions after the lengthy speech, remains adamant that members of the LGBTQ+ community will be safe and welcome in Qatar, despite the country’s laws which criminalise same-sex relationships.

“Everyone is welcome. If you are a person who says the opposite, it is not the opinion of the country and certainly not of FIFA,” he said.

“Everyone who comes is welcome, whatever religion, race, sex orientation, belief she or he has. This was our requirement and the Qatari state sticks to that requirement.”

Asked whether Qatar could move the goalposts on these commitments, citing the late change on the sale of alcohol at stadiums, Infantino replied: “It’s never too late to change, maybe we will have to change on other topics but when it comes to the security of people, when you speak about LGBT people, everyone’s security is granted from highest level of country.

“That is the guarantee we gave, and we still give it.”

Infantino’s remarks that he “felt gay” were criticised on social media, but at the end of the briefing, FIFA’s director of media relations Bryan Swanson defended the Swiss’ motives.

“We have received assurances that everyone is welcome and I believe everybody will be welcome. Just because he is not gay does not mean he doesn’t care. He does care.

“We care about everyone and are inclusive.”