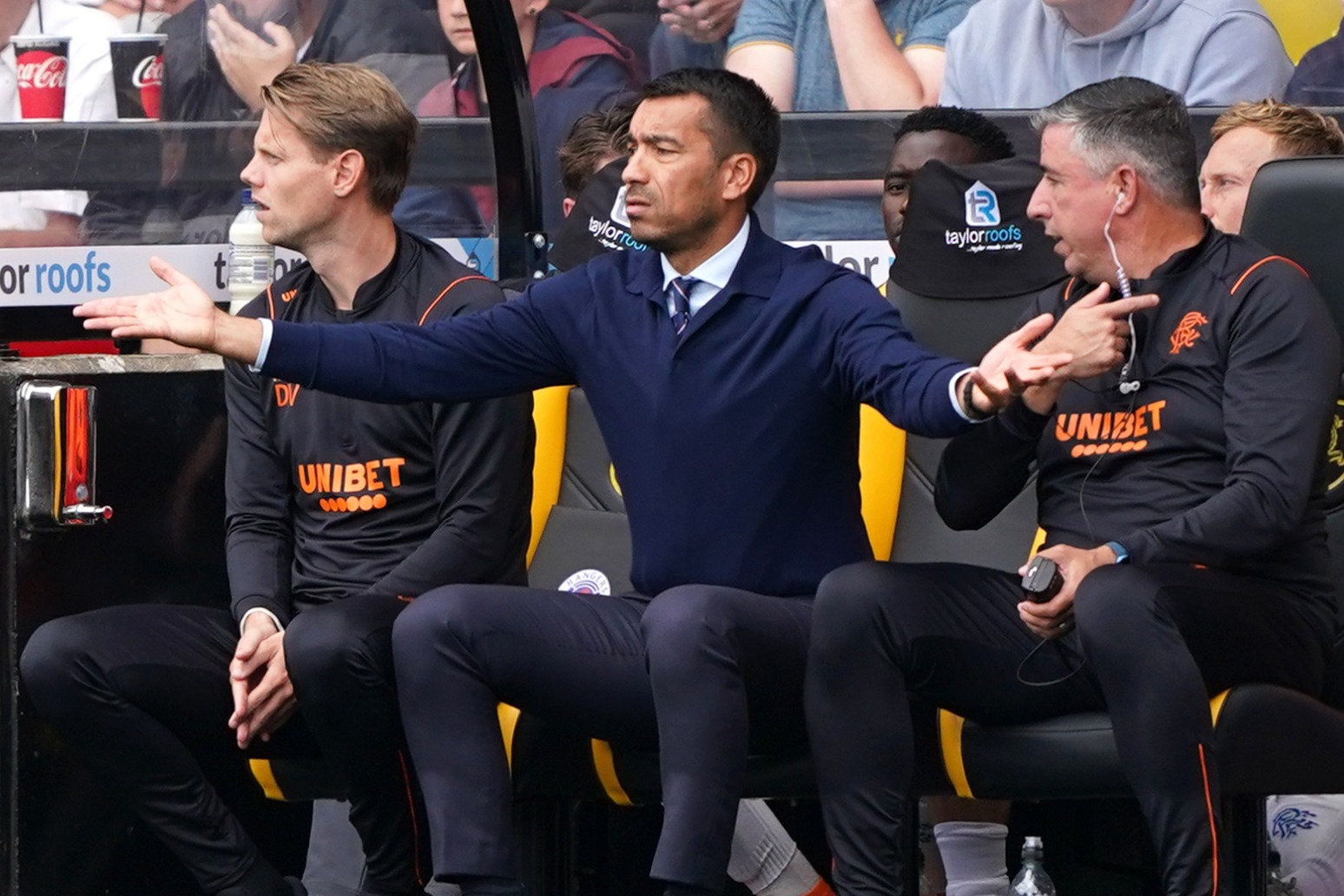 Giovanni van Bronckhorst admits Rangers need a “big-time” recovery if they are to rescue their Champions League hopes against Union Saint-Gilloise following their 2-0 defeat in Belgium.

The home side took the lead in the first leg of their third qualifying round tie in the 27th minute when captain Teddy Teuma fired in from inside the box.

The Ibrox men’s struggle continued in the second half and a controversial Dante Vanzeir penalty – after a VAR intervention, referee Irfan Peljto decided Teuma’s drive hit the arm of defender Connor Goldson and was deserving of a penalty even though there was a deflection – handed the Belgian side a strong lead for the second leg in Govan next week.

Van Bronckhorst told Premier Sports that a big improvement is required at Ibrox.

He said: “It was very disappointing. We have so much at stake in this month, qualifying for the Champions League, but the performance today was below par.

“At the beginning they dropped deep which means they were afraid but we didn’t do anything with our ball possession and were sloppy, losing a lot of ball, not winning the duels, and slowly they became better and better.

“We didn’t react well after that, we were never really in the game, we made many mistakes, giving a lot of transition moments away defensively and we were a little bit lucky that it was only 2-0 even though the penalty decision – I was surprised he gave a penalty.

“We have so much at stake with all the clubs involved in the competition, you want make the right decisions.

“We couldn’t do anything else with the deflection, with the handball.

The Dutchman struggled to explain the insipid performance from a side which had a rump of players who played in last season’s Europa League final.

He said: “We looked like weren’t comfortable on the ball and that surprised me.

“We can be much more effective when we have the ball but we didn’t show that and it has to be much better next week.

“It is a new season. We lost players and got players on board. For them it is a whole new experience, a new club and a new environment.

“You always have changes like that and that is part of football.

“We are still in the tie. A 2-0 difference. We are capable of making that up at Ibrox on Tuesday but first of all we need to concentrate on our performance and if we have the same performance then we have no chance next week.”

Ryan Kent missed the game with an ankle problem but should “hopefully” be okay for the second leg, if not against Kilmarnock at the weekend.

The Gers boss admitted defender John Souttar, who also missed the trip, was being assessed for a “problem, to see exactly what the problem is”.