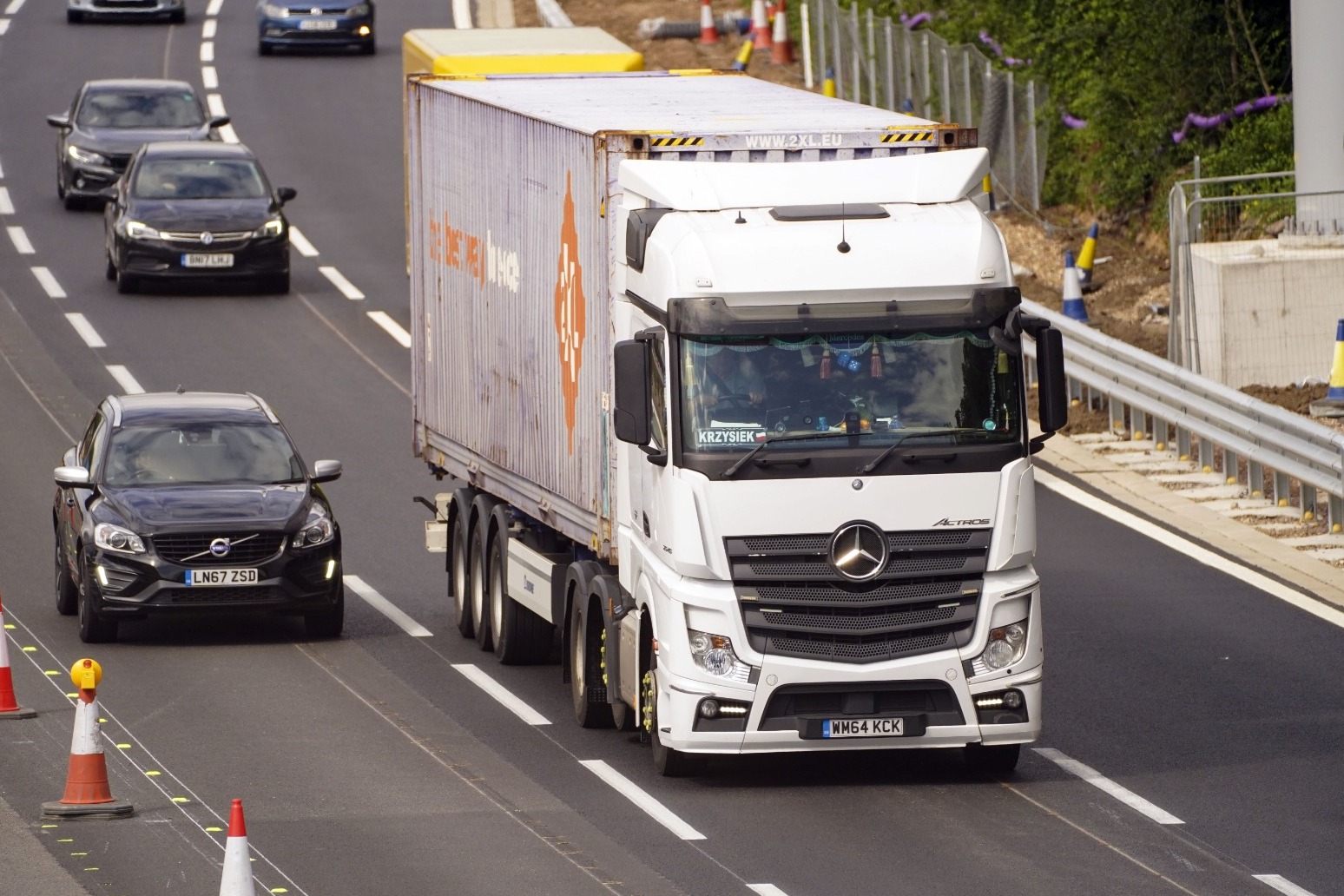 Supermarkets and suppliers are struggling to meet demand following an exodus of drivers from EU countries, who returned to the continent during the pandemic and remained there.

This is coupled with the health crisis bringing DVLA testing centres to a standstill, creating a huge backlog of drivers taking their HGV test.

A review of the Shortage of Occupation list, which sets out jobs where overseas workers can apply for visas, is not due until next year.

But PA understands proposals have been floated for bringing forward the review so HGV drivers can be included to ease the problems facing the supply chain.

Pressure was growing on the Government over the issue, with Morrisons chief executive David Potts calling for HGV drivers to be added.

He told the BBC the driver shortages were a “challenge that’s right there for the country”.

The boss added: “Maybe look at a list of people who come into the country to work, maybe add the drivers to that list for a while, see how we get on with that, because we need to break the back of the issue in order to keep what is a great supply chain working in Britain.”

Home Office officials are said to be blocking the review being brought forward, amid concerns it could lead to other sectors demanding inclusion.

A source told PA: “It has been floated and seems like the obvious solution but there’s been a lot of pushback from the Home Office.”

HGV drivers are currently not included on the list but there is pressure from supermarkets to include them to help ease the shortfall whilst more UK drivers are trained.

The current average age of a UK HGV driver is 55 and ministers are concerned an aging workforce needs replacing.

Government officials are working closely with the DVLA to increase the number of tests taking place and have vowed to streamline the process.

They have also increased funding for apprentices to get more workers into the industry but want to ensure the UK is less reliant on overseas drivers.

Supermarkets and haulier groups have warned prices could go up as wages are rising for drivers – having stagnated for the last five years.

Some drivers have already staged strike action because their pay has not risen whilst other colleagues have seen increases.

Retailers and suppliers have also been incentivising drivers with signing-on bonuses, including at Amazon, Tesco and Marks & Spencer.

The shortages have hit several retailers and restaurant chains.

Nando’s saw a shortage of chickens due to a combination of not enough drivers and fewer staff working in meat factories.

The Government introduced a seasonal workers visa in December last year for 30,000 workers to come to the UK to primarily pick fruit, but there were exemptions on the jobs available – including meat processing factories and flower pickers.

Other delays have also impacted McDonald’s, which said this week it had run out of milkshakes and bottled drinks as it prioritised deliveries of other products in the interim.

The Government said this week: “The British people repeatedly voted to end free movement and take back control of our immigration system and employers should invest in our domestic workforce instead of relying on labour from abroad.

“We recently announced a package of measures to help tackle the HGV driver shortage, including plans to streamline the process for new drivers to gain their HGV licence and to increase the number of tests able to be conducted.

“We have also temporarily relaxed drivers’ hours rules to allow HGV drivers to make slightly longer journeys, but these must only be used where necessary and must not compromise driver safety.”