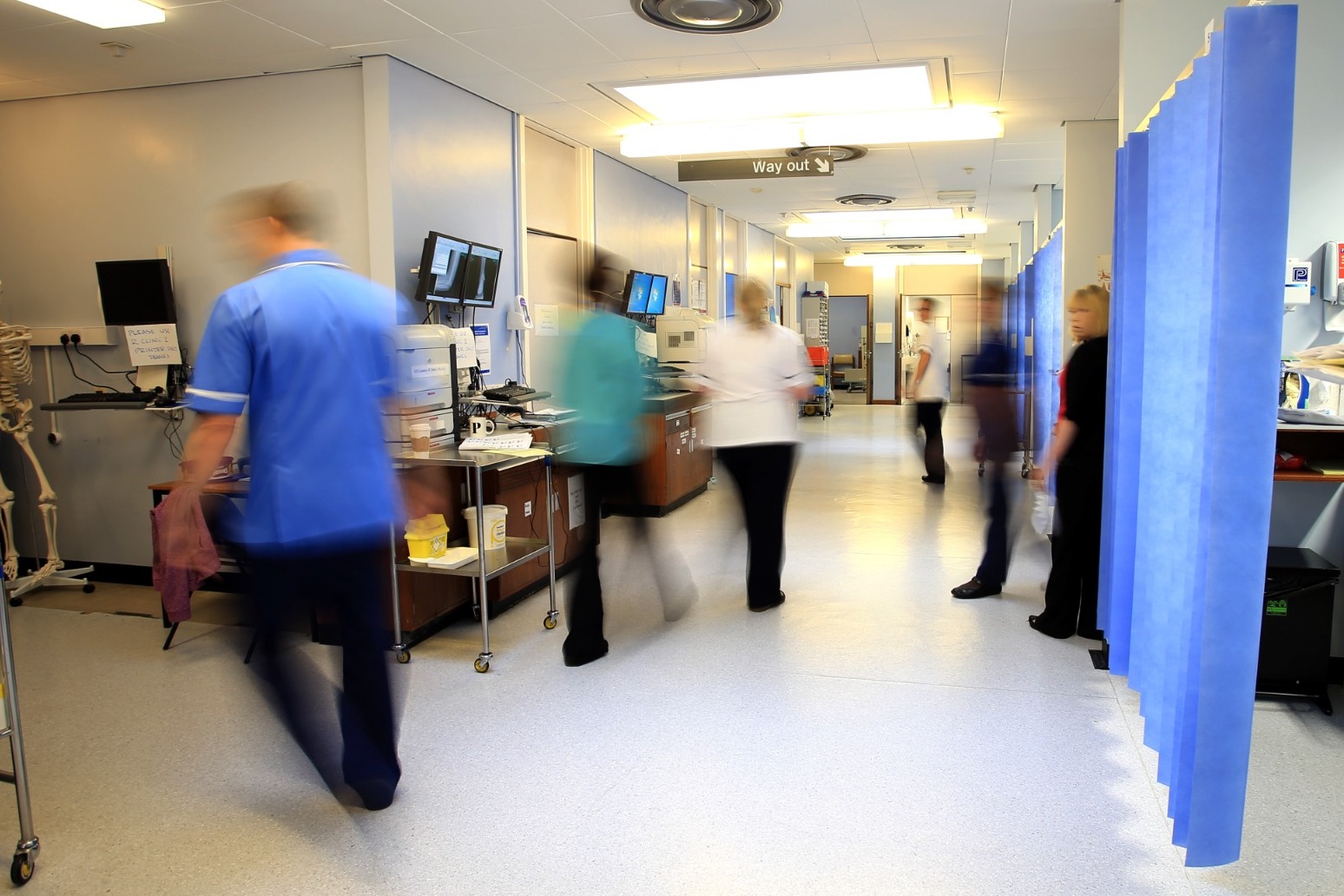 If the walkout goes ahead, it would see NHS operations and appointments cancelled

Nurses have urged politicians to “get round the table” and start addressing their concerns to avoid disruptive strike action which would see NHS operations and appointments cancelled in a mass walkout.

The nursing union’s boss said members had been “pushed” to the position where striking was their only option, adding that nurses can no longer be “ignored” by ministers.

Exhausted and underpaid staff have tried every other way to get the Government to listen, Royal College of Nursing (RCN) general secretary Pat Cullen said.

Industrial action is expected to be held before the end of the year at some of the UK’s biggest hospitals, including Guy’s and St Thomas’ opposite Parliament, the Royal Infirmary in Edinburgh, University Hospital Wales and Belfast’s Royal Victoria.

The RCN announced on Wednesday that its members in the majority of NHS employers across the UK had backed industrial action.

The college says the pay of an experienced nurse is 20% lower in real terms compared to a decade ago.

During industrial action the health service will turn its attention to treating emergency patients in a “life-preserving care model”, with sources saying some hospitals on strike days will have staffing levels similar to those over Christmas.

Some of the most serious cancer cases could still be treated, while urgent diagnostic procedures and assessments will be staffed if they are needed to gather data on potentially life-threatening conditions or those that could lead to permanent disability.

Other health worker unions including Unison and the GMB will announce the result of strike ballots before the end of the month among staff including ambulance drivers and paramedics, hospital porters and cleaners.

Physiotherapists started voting on Monday over industrial action, while a ballot of midwives opens on Friday.

The unions are protesting over a pay award earlier this year of £1,400 for most NHS workers, with the RCN calling for a rise of 5% above the rate of inflation.

Health Secretary Steve Barclay branded the decision to take industrial action “disappointing”, insisting the RCN’s demands were “out of step” with the economic situation faced by the UK.

He warned that the industrial action would lead to delayed care for patients.

While he said his “door is open” for talks, he added that it needed to be recognised that “these are economically challenging times”.

Responding to Mr Barclay’s comments, Ms Cullen said on Wednesday: “There’s no one more disappointed in the Health Secretary than the nursing staff that have been pushed to the position they’ve been to today and that is to have to ballot for strike action.”

She added: “I’m disappointed with his response. I think he needs to really seriously consider what has happened today.

“He can’t ignore those hundreds of thousands of nurses and it will be very, very disappointing for each and every one of the nursing staff that voted today if he turns his back – or any Government turns their back – on nursing staff now.”

She challenged politicians to “walk in the shoes of any of our members any day of the week”, trying to live on their wages, looking after their families after paying their bills without worrying about “where their next few pounds is going to come from”.

She added: “I don’t think any politician could do that.”

Ms Cullen said nurses do not intend to place any patient at further risk during the strike, insisting they will “manage that safely and effectively”.

But she said there “has to be disruption”, and reiterated her call for the Government to “start to listen to the profession”.

She said: “They’ve placed us here but they can also remove us from it.

The RCN ballot was the first national one on industrial action in its 106-year history.

Unison’s head of health Sara Gorton said the result was a “loud wake-up call” to the Government, adding: “Hundreds of thousands more nurses, paramedics, cleaners, health care assistants and other NHS employees are still to decide if they’ll be striking for better pay and staffing. Now is the time for swift action to avoid a damaging dispute.”

The BMA said doctors offered their support to the nurses, who had borne the brunt of an “under-staffed and under-resourced” health service.

NHS Providers said their priority now was to ensure the safe delivery of care and services for patients during any industrial action.

While many of the biggest hospitals in England will see action by RCN members, other sites narrowly missed the legal turnout thresholds to qualify for action.

All NHS employers in Northern Ireland and Scotland will be included and all bar one in Wales met the relevant legal threshold.

In the lead up to ballot results, the Government said it had contingency plans for dealing with any industrial action by nurses.