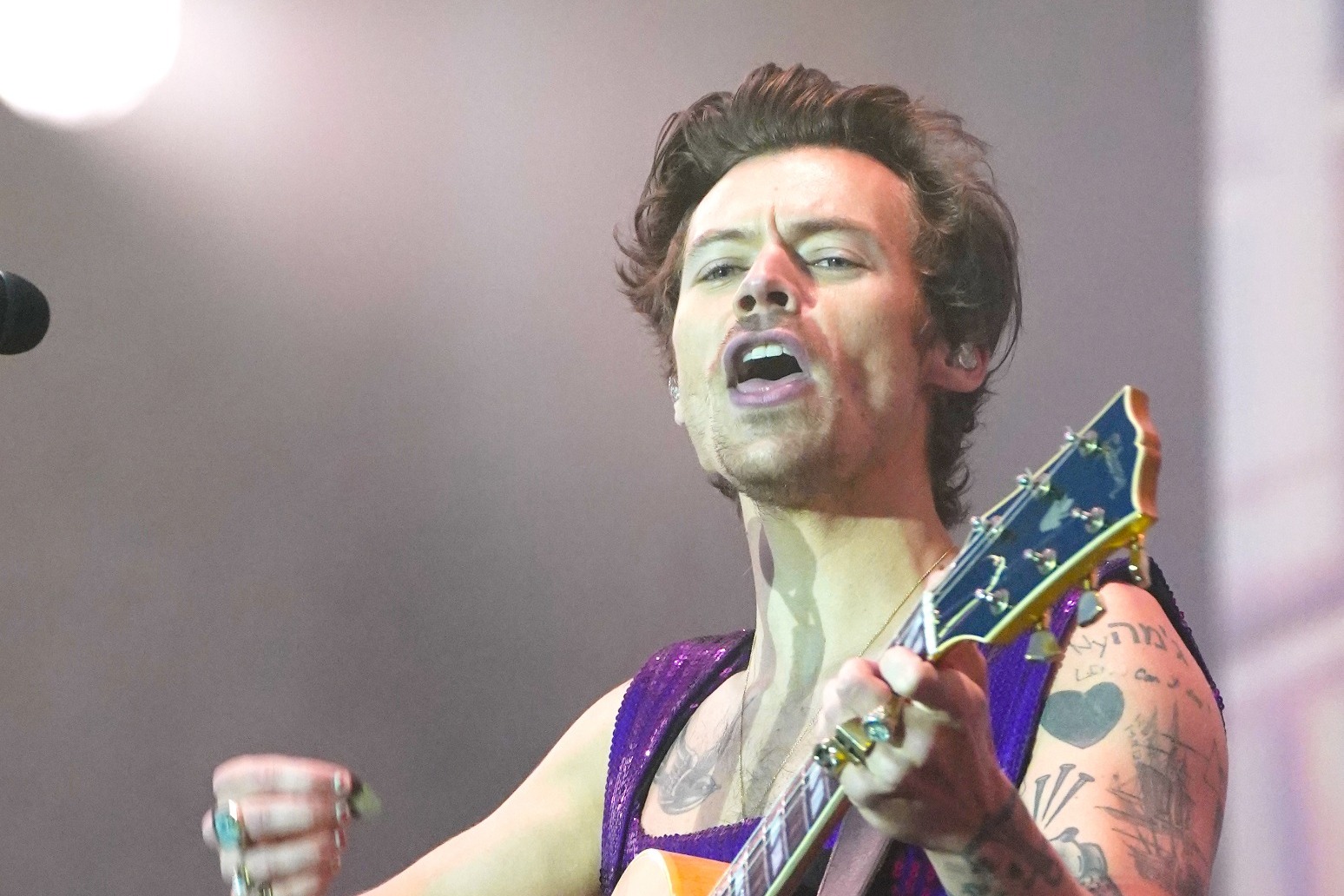 Harry Styles stars as a bearded merman with octopus-like tentacles in the surreal music video for his single, Music For A Sushi Restaurant.

The three-minute video from director Aube Perrie sees the pop superstar, 28, being discovered by a group of sushi chefs working in a remote town and carried to their kitchen.

He initially fears he will be eaten but soon embarks on a career as a singer and eventually puts on a live performance backed by a brass section of men with prawn heads.

During the video, the former One Direction star sports a series of extravagant marine-influenced outfits featuring heavy pearl necklaces, sunglasses made of shells, crowns and glitter.

The music video’s surreal content prompted a shocked but positive reaction from fans on social media.

Music For A Sushi Restaurant was the third single from his recent number one album Harry’s House.

Styles is enjoying a stand-out 2022, with the release of two films, Don’t Worry Darling co-starring Florence Pugh and My Policeman co-starring Emma Corrin, and Harry’s House securing a nomination for the coveted Mercury Prize.

He has been on the road as part of his Love On Tour series and this summer performed 15 nights at Madison Square Garden in New York.