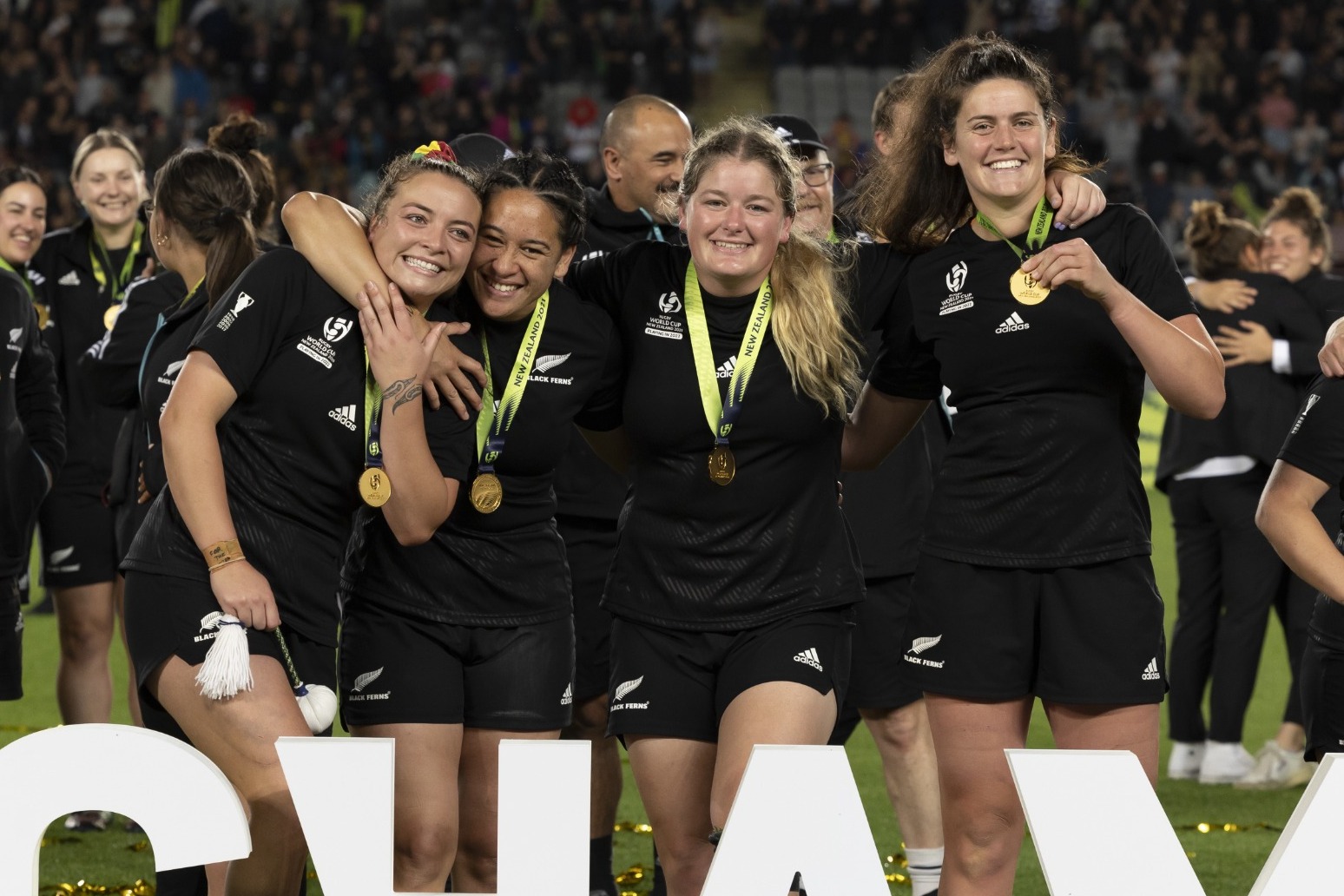 The Black Ferns ran out 34-31 winners despite trailing for most of the match against a Red Roses side who had to dig in for more than an hour with a player down after Lydia Thompson was sent off.

It was heartbreak for Simon Middleton’s team who threw everything at the tournament hosts, with Amy Cokayne helping herself to three tries.

England head coach Middleton made five changes to the line-up that beat Canada in the semi-final.

Helena Rowland sustained a foot injury in that match and was replaced by Harlequins’ Ellie Kildunne at full-back, while her club-mate Vickii Cornborough was in at loose-head prop following a knee issue to Hannah Botterman.

Holly Aitchison started at inside centre in place of Tatyana Heard and Claudia MacDonald was on the bench with Abby Dow making the switch from right to left wing. Thompson returned on the right.

New Zealand made one change. Their hand was forced by injury to Liana Mikaele-Tu’u and she was replaced by Charmaine McMenamin.

From the start this was a frantic affair and Kildunne ran in the opening score before Cokayne crossed after a trademark England maul. Both were converted by Emily Scarratt, and the Red Roses were in control early on.

The first half was only 18 minutes old when Thompson was sent off for a high tackle on Portia Woodman and Ayesha Leti-I’iga was brought on as a replacement for the injured Black Fern, as Georgia Ponsonby crossed and Renee Holmes kicked the extras.

But if New Zealand thought the tide had turned, Marlie Packer gave them plenty more to think about when she went over after a lineout to stretch England’s lead before Leti-I’iga used the numerical advantage to touch down in acres of space. Holmes again hit her mark.

Cokayne claimed her second try before Amy Rule found the room to get over and cut the deficit to seven points as the teams went in at the break after a frantic, seven-try opening 40.

The second half was only 30 seconds old when New Zealand put on a stunning display of their running and passing game with Stacey Fluhler going over. Holmes just missed the kick to tie things up.

It was all New Zealand immediately after the break and they led for the first time when Krystal Murray got in from just a few metres out.

Holmes’ missed kick meant the advantage was just three and that was wiped out when Cokayne crossed for the third time after another driving maul from the lineout.

There was always a sense that the lead would not last and with 10 minutes to go Leti-l’iga scored a try worthy of winning a World Cup final.

Theresa Fitzpatrick’s kick split the English defence and Fluhler gathered before releasing the ball just short of the line for Leti-l’iga to apply the finishing touch.

England had a chance to snatch victory with the final play of the match after the hooter had sounded – via a lineout close the New Zealand line. But just when they needed to make it count most England lost their own throw and the Black Ferns were champions for a sixth time.