Highlights from the life of Pope Emeritus Benedict XVI 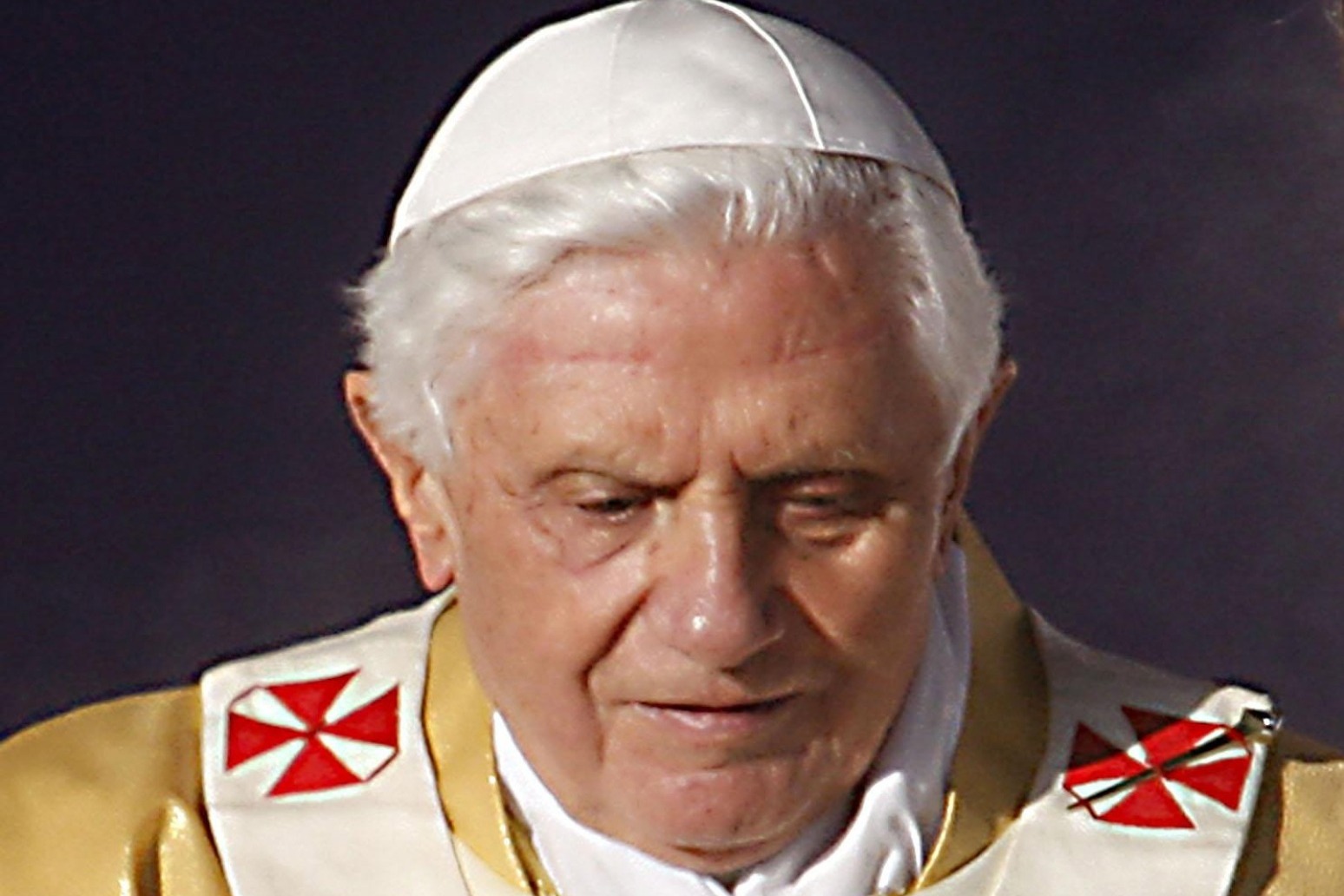 Some key points in the life and career of the former Pope, who’s died today at the age of 95

Pope Emeritus Benedict XVI, the first pope in 600 years to resign, has died. Here are highlights from his life.

1943-1945: Assistant in Germany’s anti-aircraft defence and infantry soldier; imprisoned in 1945 in American POW camp in Neu-Ulm.

June 29, 1951: Ordained along with brother Georg Ratzinger in Freising.

November 25, 1981: Named prefect of the Congregation for the Doctrine of the Faith by Pope John Paul II; takes up post in March 1982.

April 8, 2005: As dean of the College of Cardinals, Ratzinger presides over John Paul’s funeral.

April 19, 2005: Elected 265th pope in one of the fastest conclaves in history. Choosing name Benedict XVI, he says he is merely a “simple, humble worker in the vineyard of the Lord”.

May 28, 2006: During trip to Poland, visits Auschwitz concentration camp.

September 12, 2006: During visit to Germany, delivers speech at University of Regensburg that enrages Muslims; quoting a Byzantine emperor who characterised some of the teachings of the Prophet Muhammad as “evil and inhuman”, particularly “his command to spread by the sword the faith”.

May 27, 2007: Signs letter to China’s Catholics, urging them to unite under his authority. Published June 30.

July 19, 2008: During visit to Australia for World Youth Day, meets with victims of priestly sex abuse and during a Mass apologises for their suffering.

March 17, 2009: En route to Cameroon, tells reporters aboard papal plane that condoms are not the solution to Aids and can make problem worse, prompting widespread criticism.

May 11, 2009: During visit to the Holy Land, lays wreath at Yad Vashem memorial in Jerusalem, says Holocaust victims “lost their lives but they will never lose their names”.

October 20, 2009: Vatican announces pope is making it easier for Anglicans to convert en masse to Catholicism.

May 1, 2010: Orders major overhaul of Legion of Christ after Vatican investigation determines founder was a fraud.

November 20, 2010: Revises controversial condom-Aids comments in book and says male prostitutes who use condoms may be taking a first step towards a more responsible sexuality.

March 2, 2011: Issues sweeping exoneration of Jews for the death of Christ in “Jesus of Nazareth-Part II”. Book released March 10.

October 6, 2012: Pope’s former butler is convicted on charges he stole the pontiff’s private letters and leaked them to a journalist.

February 11, 2013: Reveals in Latin that he is stepping down on February 28 during a meeting of Vatican cardinals, surprising even his closest collaborators.

February 28, 2013: Departs Vatican City in a helicopter bound for Castel Gandolfo, where he begins his final journey as a “simple pilgrim”.

March 23, 2013: Receives Pope Francis for lunch at Castel Gandolfo; the two men pray side-by-side and Francis insists “We are brothers”.

April 11, 2019: In an essay, blames the clergy sex abuse scandal on the sexual revolution of the 1960s and an absence of God.

January, 2020: Contributes to a book reaffirming celibacy for priests at a time when Francis was considering an exception, sparking calls for rules governing future “popes emeritus”.

June 18, 2020: Travels to Germany to visit his ailing brother, the Rev Georg Ratzinger, who dies two weeks later, on July 1.

July 16, 2021: Has his signature relaxation of restrictions on celebration of old Latin Mass reversed by Pope Francis.

January 21, 2022: Is faulted for his handling of four sex abuse cases while bishop of Munich in the 1970s and 1980s by independent report commissioned by German church.

February 8, 2022: Asks forgiveness for any “grievous faults” in handling of Munich priests, but denies personal or specific wrongdoing.

December 28, 2022: Pope Francis announces Benedict is “very ill”, asks for special prayers and visits him at his home.