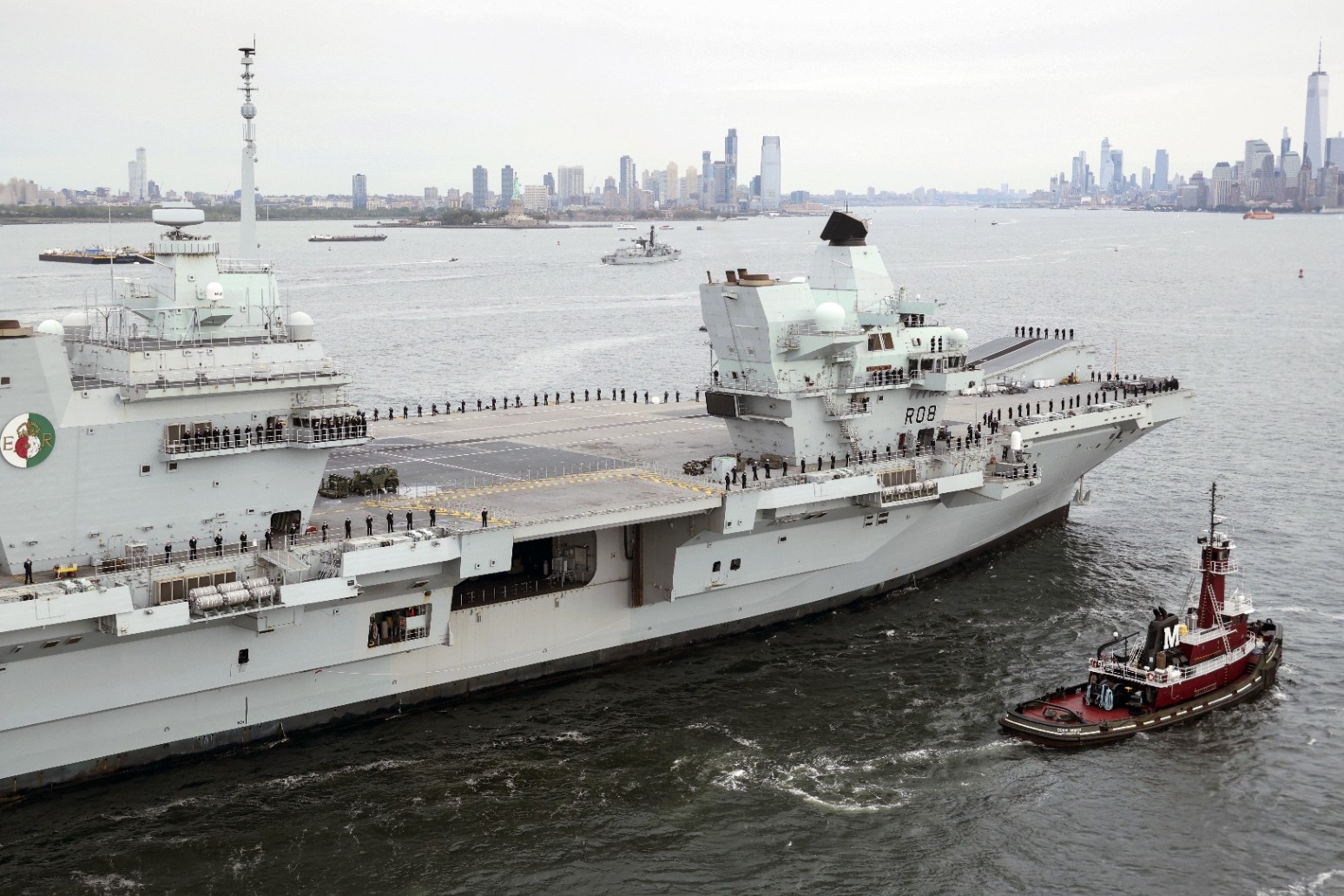 HMS Queen Elizabeth has arrived in New York for its deployment to the United States to host an Anglo-American military conference.

The Royal Navy’s flagship dropped anchor within sight of the Statue of Liberty in New York Harbour on Sunday.

The ship set sail for the US from Portsmouth on September 7 in place of its sister ship HMS Prince of Wales which broke down off the Isle of Wight days before the trip.

The 65,000-tonne warship will be the floating venue for the Atlantic Future Forum (AFF) – a defence conference focusing on Anglo-American military, political and strategic relations.

The arrival of HMS Queen Elizabeth in New York comes hours after Liz Truss spoke about her intentions to make the UK’s “special” relationship with the US “even more special” in the next few years.

In an interview on CNN’s State Of The Union programme, the Prime Minister was asked about concerns in US president Joe Biden’s administration that she does not share the same belief in the special relationship as some of her predecessors in No 10.

Ms Truss said: “I do think our relationship is special and it’s increasingly important at a time when we’re facing threats from Russia, increased assertiveness from China.

“I’m determined that we make the special relationship even more special over the coming years.”

HMS Queen Elizabeth was welcomed into New York by the UK’s Ambassador to the United States, Dame Karen Pierce.

“It’s an enormous honour to sail into New York on her.

“We share an endeavour in remaining the United States’ closest ally and I am very proud of what the ship has achieved for Britain in her deployment to the Indo-Pacific last year.”

“We are very much looking forward to hosting the fifth Atlantic Future Forum and welcoming onboard senior leaders that embody our deep and special relationship with the United States.”

Meanwhile, AFF director Stephen Watson said the fifth iteration of the forum would see “political, military and business leaders to address some of the challenging questions of our time”.

“The welcome which has been offered to the UK’s flagship by our American hosts is testament to the strength and currency of the relationship between our two nations,” he said.

“I hope that our Forum will continue to build on the understanding and bonds between us.”

HMS Queen Elizabeth has been joined in New York by her frigate escort, HMS Richmond, which sailed up the Hudson River for a berth on Manhattan Island.