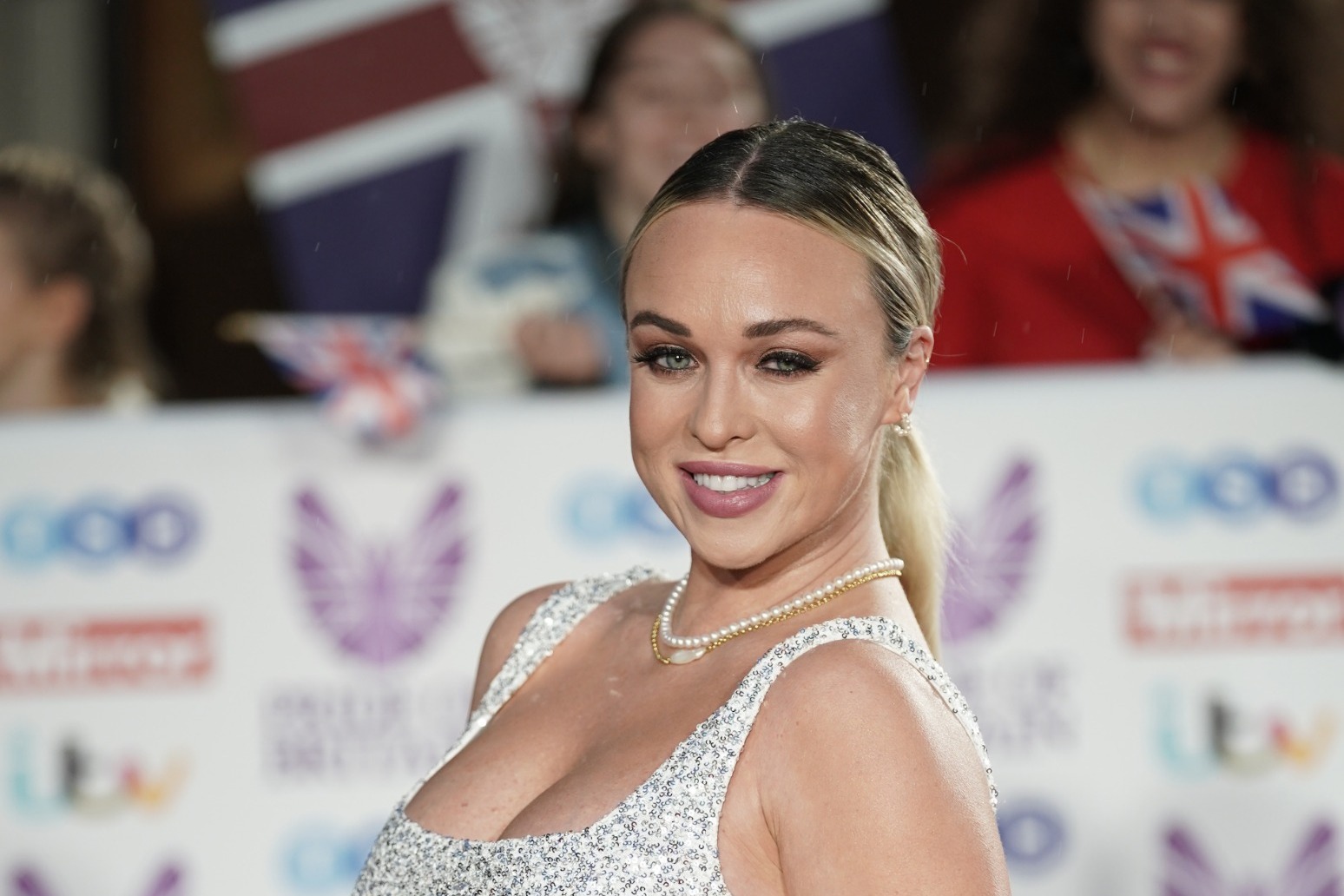 Jorgie Porter and fiance Ollie Piotrowski have named their first child together Forest.

The 34-year-old actress, known for her role as Theresa McQueen in the Channel 4 soap, underwent an elective C section on November 29 where she welcomed her 8lbs 2oz son.

Property developer Piotrowski, 34, who is also a father to eight-year-old son Alfie, said Porter “took the lead” on the baby’s name.

He said: “We got down to two or three options, but we didn’t want him to have a similar name to anyone else in his class at school so we decided Forest was the one. I love the name.”

The couple announced they were expecting the baby in June in a video on Instagram which showed Porter, Piotrowski and their dog each moving their hands to unveil the sonogram photo.

Last August, the couple discovered during their 14-week scan that Porter had lost the quadruplets they had conceived naturally and in February they learnt of their second miscarriage at six weeks into the pregnancy – on the day of their engagement party.

Porter, who has also competed on Dancing On Ice and I’m A Celebrity… Get Me Out Of Here!, said Forest’s arrival was even more special given their history.

“After what happened, both of us held part of our emotions back during the pregnancy, just in case,” she said.

“People would say ‘Ooh! Next week, he’ll be here’ and we wanted to join in those conversations, but we were careful to not think too much about the future.”

The actress got engaged a year ago while staying at the Gleneagles Hotel in Perth and Kinross.

She previously said she was sent on a treasure hunt of 12 photo clues documenting their love story, each captioned with a handwritten memory and a final clue that led her to a lakeside chalet.

While no marriage plans are yet to be finalised, the pair said they are certain they’d like “more babies”.

They added: “When you’ve been through as much as we have, you don’t want to think ‘We’ve got something perfect, let’s get more.’

“If something naturally happens, amazing. If not, we’ll remain so grateful for what we have.”