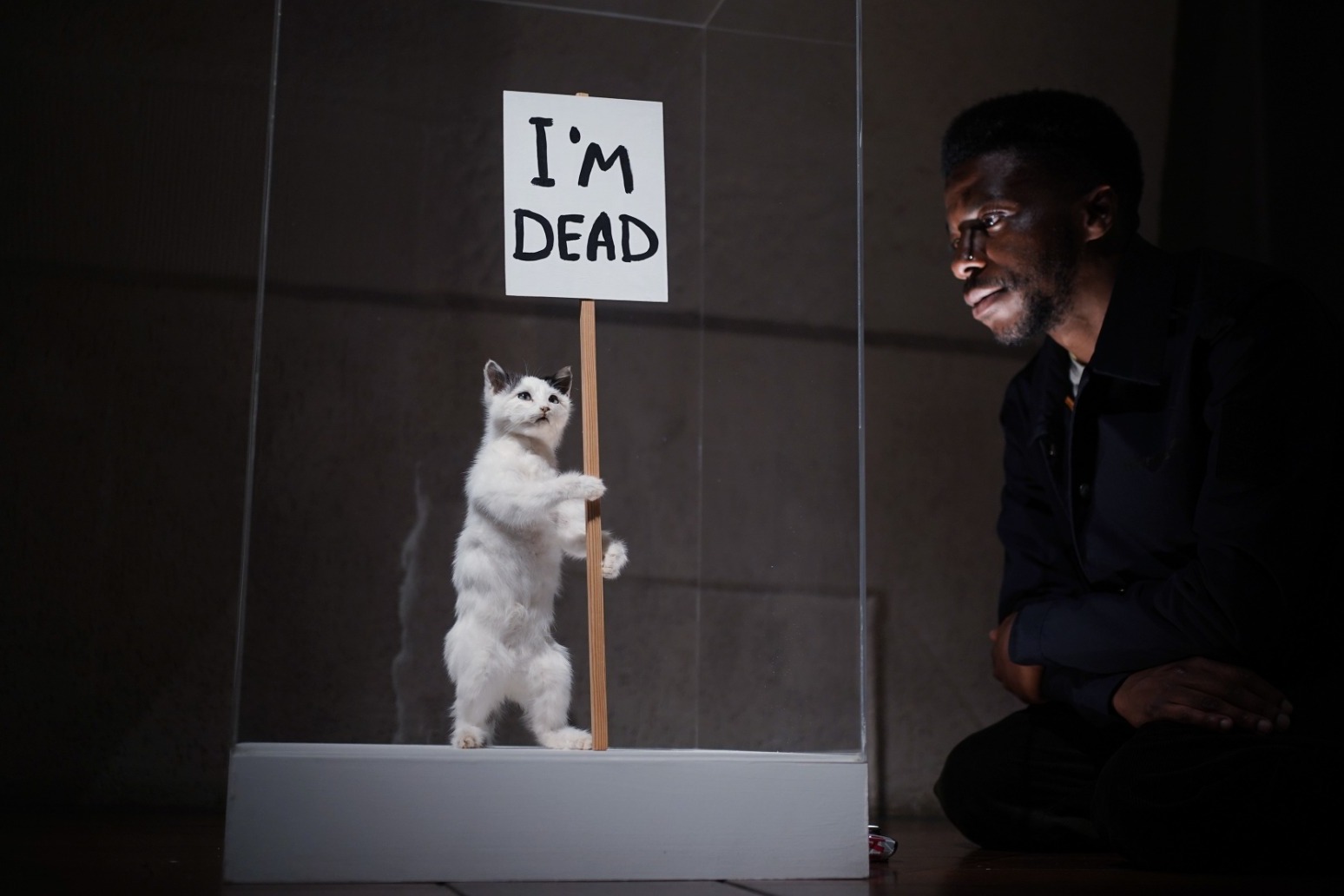 An exhibition exploring how the past 50 years of “creative rebellion” have been shaped by the horror genre is set to open at Somerset House in London on Thursday.

The Horror Show! is formed of three acts – Monster, Ghost and Witch – and begins with the emergence of punks and “1970s anarchy” before addressing the “revolutionary potential” of modern-day witchcraft.

The exhibition features a room dedicated to the “freaks that come out at night”.

Also featured is a Margaret Thatcher puppet from the satirical Spitting Image series, paired with a crown made by punk fashion designer Judy Blame.

There is also a painting by comedian and Great British Bake Off co-host Noel Fielding on display.

Fielding’s cult BBC Three series The Mighty Boosh also contributes to the collection in the form of a large hairy mask of the gorilla character Bollo.

The graphic “dead body” work by Jeremy Millar, Self-Portrait As A Drowned Man (The Willows), also goes on display.

Elsewhere in the exhibition there is large scale sculpture, fashion, painting and “cabinets of curiosities”.

The Horror Show! opens at Somerset House on October 27 and runs until 19 February 2023.