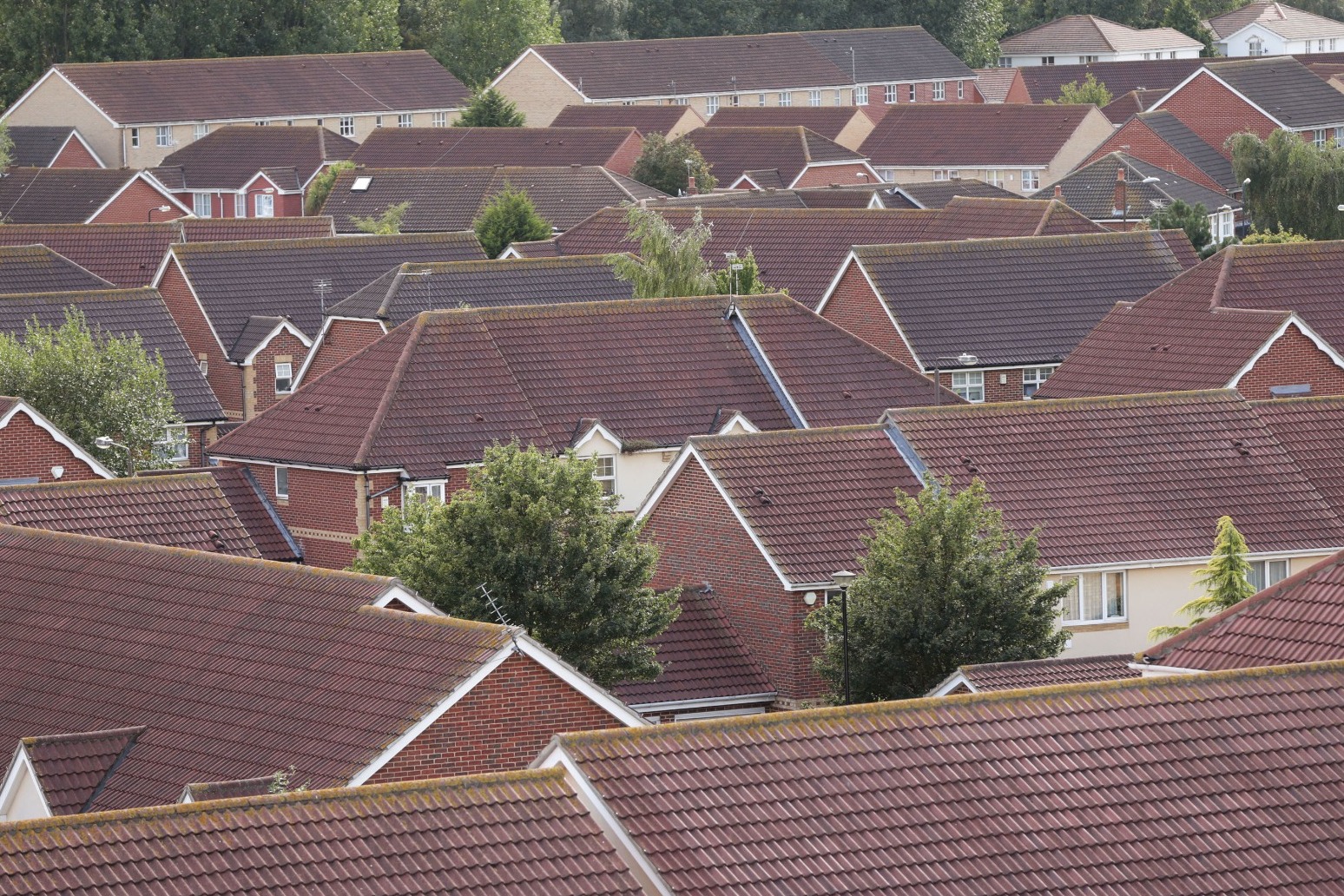 The average house price hit a record high of £289,099 in May, but the market is showing signs of cooling, according to an index.

Across the UK, the typical property value increased by £2,857 month on month in May, Halifax said.

An imbalance between supply and demand for properties remains the primary reason behind the climb, the report added.

Russell Galley, Halifax managing director, said: “The average cost of buying a home in the UK is up 1%, or £2,857, on last month, and has now risen for 11 consecutive months.

“Annual growth also remains in double digits, at 10.5%, although this is the slowest rate of growth seen since the start of the year.”

He continued: “For house hunters, the extent of the impact of property price inflation continues to be linked to the type of home they are looking to buy.

“This clearly creates a knock-on effect for those looking to make their first home move, as the rungs on the housing ladder have become increasingly wider.

“However, the housing market has begun to show signs of cooling.

“Mortgage activity has started to come down and, coupled with the inflationary pressures currently exerted on household budgets, it’s likely activity will start to slow.

“So, there is perhaps one green shoot for prospective purchasers – with overall buying demand down compared to last year, we may be past the peak sellers’ market.”

Northern Ireland had the strongest annual house price inflation in May, seeing prices rise by 15.2%.

The south west of England also recorded a strong rate of annual growth at 14.5%.

Only Yorkshire and the Humber, Scotland and London recorded annual house price inflation below 10% in May.

In Scotland, house price growth continues to “underperform” relative to the UK average, according to Halifax, with annual inflation at 8.3%.

Southern England was at that time leading a recovery in property prices following the tough economy of 2008 and 2009.

Alice Haine, personal finance analyst at investment platform Bestinvest, said: “The latest data from the Halifax House Price Index adds to the mounting evidence that house price growth is being impacted by the uncertainty facing the wider economy…

“With rising house prices, lower disposable incomes and fewer people with the right debt-to-income ratio to qualify for a mortgage, some first-time buyers may delay their entry into the housing market, while existing homeowners may stick with their current home, focusing on a remodel or extension instead.”

Tomer Aboody, director of property lender MT Finance, said: “With prices rising by 74% in the past decade, it shows just how much the market is running away from first-time buyers.”

Nicky Stevenson, managing director at estate agent group Fine & Country said: “In this uncertain economic climate, there is a sense that the housing market is at a crossroads, with future gains unlikely to match the huge spikes recorded over the last 12 months.

“While there remains a strong appetite among existing homeowners to trade up, the supply crunch which has driven record growth in the recent past is slowly starting to ease.

“As the imbalance between supply and demand continues to narrow, annual gains are expected to soften further in the months ahead.”

Martin Beck, chief economic adviser to the EY ITEM Club said: “The prospect of households seeing a fall in real incomes this year, as high inflation bites, means fewer people will be able to afford to borrow the necessary amount they need to buy at higher mortgage rates.”