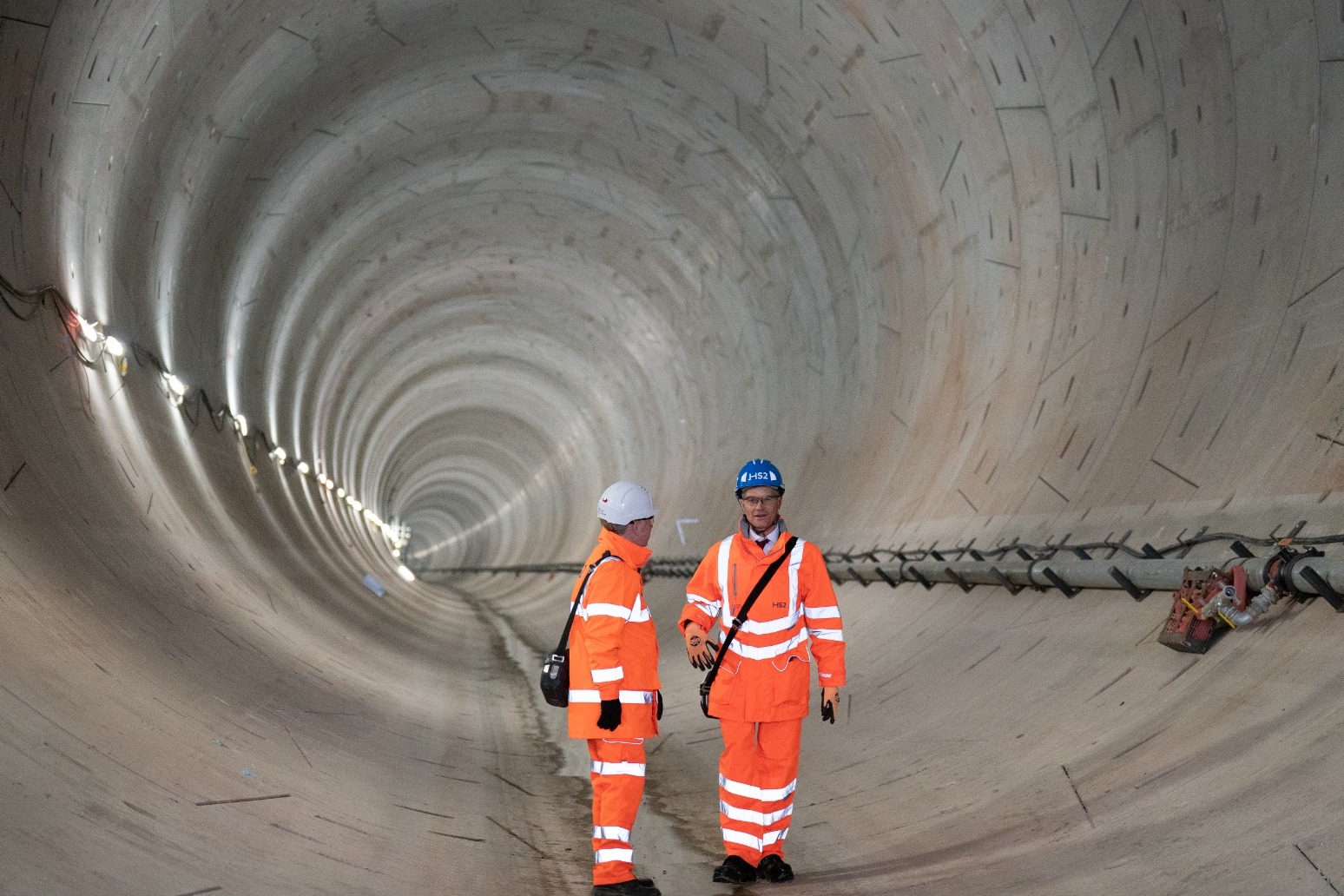 The boss of HS2 has hailed the project’s “immense progress” in 2022.

Chief executive Mark Thurston said a series of milestones were reached over the past 12 months.

At the start of 2022, the Government introduced a Bill setting out legislation needed to extend the high-speed line from Crewe to Manchester.

Construction of the Colne Valley Viaduct to carry HS2 trains above a series of lakes and waterways just outside north-west London began in May.

It will be the UK’s longest railway bridge at 2.1 miles.

The one-and-a-half-mile-long structure in Chipping Warden, Northamptonshire is being built on the surface of the ground to speed up the process.

It will be covered by earth, trees, shrubs and hedgerows to fit in with the surrounding countryside.

The first tunnelling breakthrough for HS2 happened in July when a boring machine named Dorothy completed her one-mile dig under Long Itchington Wood in Warwickshire.

In November, HS2 minister Huw Merriman switched on a 1.7-mile-long network of conveyors in west London to move excavated material.

The system will remove the need for one million lorry journeys to transport spoil, according to HS2 Ltd.

Mr Thurston said: “2022 has been a year of immense progress on Britain’s landmark infrastructure project.

“Right now, HS2 is delivering jobs for almost 30,000 people, with tens of thousands more supported throughout our wider supply chain.

“Over 2,800 companies have contracts with HS2, ensuring the project is helping grow the UK economy long before a single train starts running.”

Criticism over the financial and environmental impact of the project continued this year.

In October, Levelling Up Secretary Michael Gove suggested capital investment for HS2 would be reviewed, but Chancellor Jeremy Hunt subsequently backed the project.

The target cost of Phase One between London and Birmingham is £40.3 billion at 2019 prices.

The Government’s latest cost estimate for Phase 2a, from the West Midlands to Crewe, is £5.2 billion-£7.2 billion at 2019 prices.

The budget for Phase 2b, which will see the high-speed railway extended from Crewe to Manchester and from the West Midlands to the East Midlands, has not been confirmed.

Environmental protests have occupied several locations on or near the route of the high-speed line this year.

HS2’s plans for 2023 include reaching the half-way point in digging the 10-mile long Chiltern Tunnel and completing the second bore of the Long Itchington Wood Tunnel.