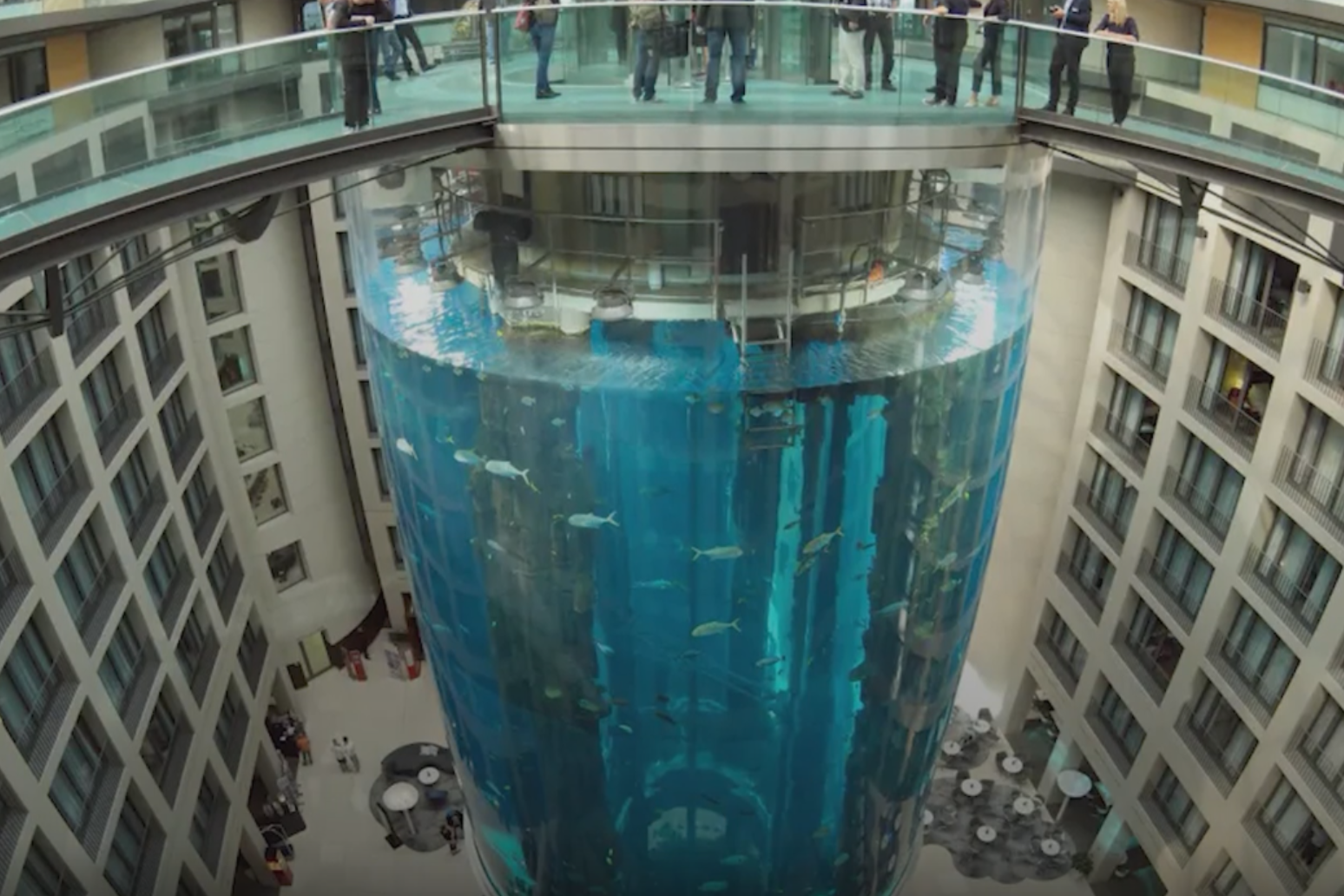 A tank at a huge aquarium in Berlin has burst, causing glass, water and hundreds of tropical fish to spill out of a tourist attraction in the centre of the German capital.

A wave of debris swept out of the building, which also contains a hotel, cafes and a chocolate store, as one million litres (264,000 gallons) of water poured from the aquarium shortly before 6am, police said.

The company that owns the AquaDom, Union Investment Real Estate, said in a statement that the reasons for the incident were “still unclear”.

Mayor Franziska Giffey said the incident had unleashed a “veritable tsunami” of water but the early morning timing had prevented far more injuries.

“Despite all the destruction, we were still very lucky,” she said. “We would have had terrible human damage” had the aquarium burst even an hour later, once more people were awake and in the hotel and the surrounding area, she said.

The operators say the 25m-high AquaDom was the biggest cylindrical tank in the world and held more than a thousand tropical fish before the incident. Among the 80 types of fish it housed were blue tang and clownfish, the species known from the popular animated movie Finding Nemo.

“Unfortunately, none of the 1,500 fish could be saved,” Ms Giffey said.

Efforts were under way on Friday afternoon to save an additional 400 to 500 smaller fish housed in aquariums underneath the hotel lobby. Without electricity, their tanks were not receiving the necessary oxygen for them to survive, officials said.

Various organisations, including Berlin Zoo, offered to take in the surviving fish.

There was speculation freezing temperatures as low as minus 10C overnight caused a crack in the tank, which then exploded under the weight of the water. Police said there was no evidence the incident resulted from an attack.

About 300 guests and employees had to be evacuated from the hotel surrounding the aquarium, police said.

Sandra Weeser, a German lawmaker who was staying in the hotel, said she was awoken up by a large bang and thought there might have been an earthquake.

“There are shards (of glass) everywhere. The furniture, everything has been flooded with water,” she said. “It looks a bit like a war zone.”

The aquarium, which was last modernised in 2020, is a major tourist magnet in Berlin. The 10-minute elevator ride through the tropical tank was one of the highlights of the attraction.