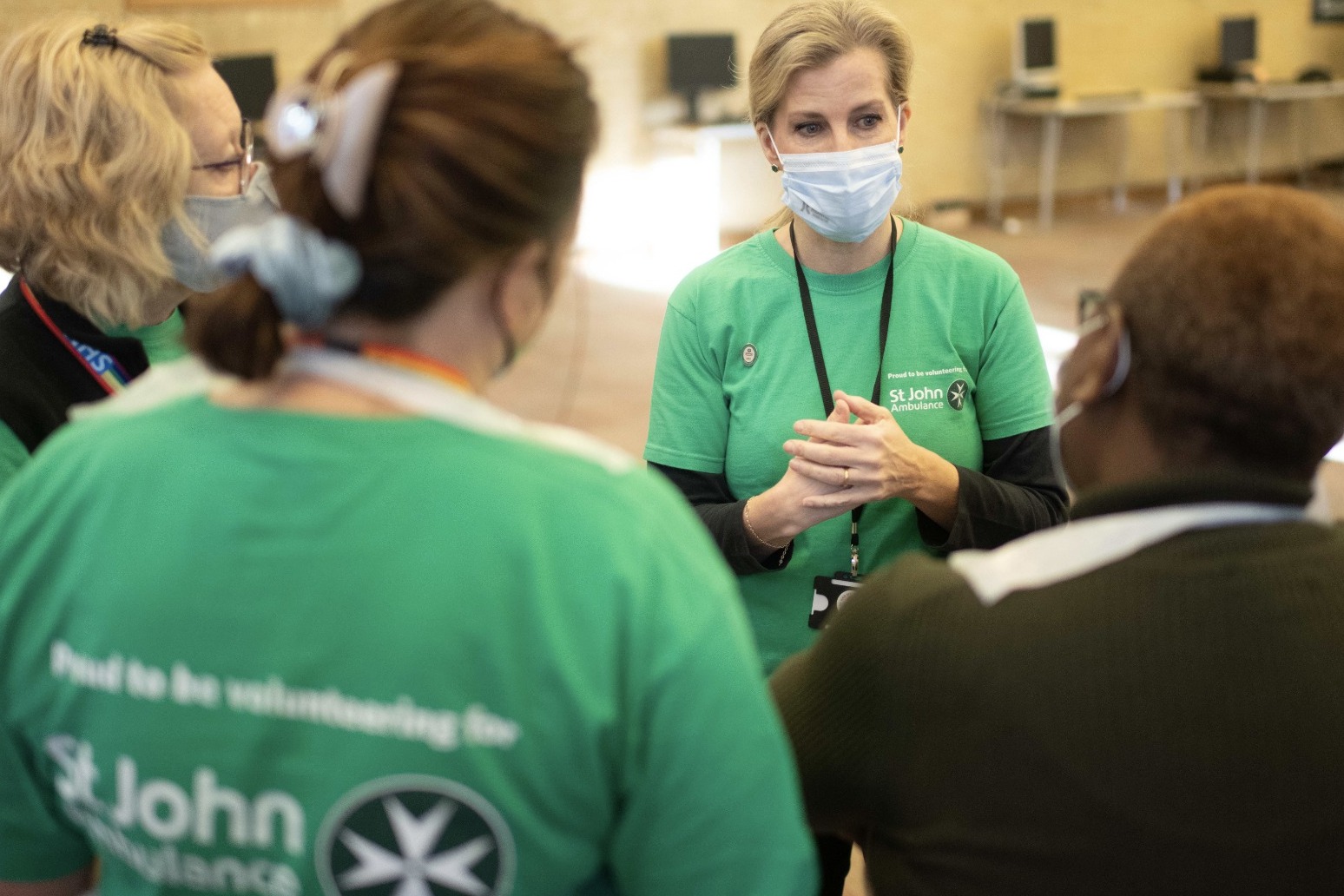 Volunteers for St John Ambulance have been offering first aid to mourners flocking to pay respects to the Queen.

The charity is providing support at ceremonial events, including the Queen’s state funeral, and informal gatherings.

Volunteers have been offering 24-hour medical support in London and Windsor since Friday.

They will also be on hand to support people waiting to see the coffin lying in state in the Palace of Westminster, with 600 volunteers expected on the busiest day.

“In our planning for this sad occasion, we estimated we’d need around a thousand volunteers, but more than double that have said they can make themselves available,” said Mike Gibbons, commissioner of operations for St John.

“As the sovereign head of our parent charity, the Order of St John, the Queen had a long history with St John Ambulance, and we are not at all surprised we have had such a positive response from our fantastic people willing to help.

“Our charity’s volunteers and employees are out there helping keep people as safe as possible as they pay their respects.

“I know all St John people will take great pride in doing so, and I’d like to thank all of them for their efforts.”

From Wednesday, St John Ambulance will have 30 bases in London from pop-up treatment centres to purpose-built “temporary field hospital facilities” in Hyde Park, St James’s Park and by Lancaster House, it said.

In Windsor, the charity is providing treatment centres, first aiders and ambulances.