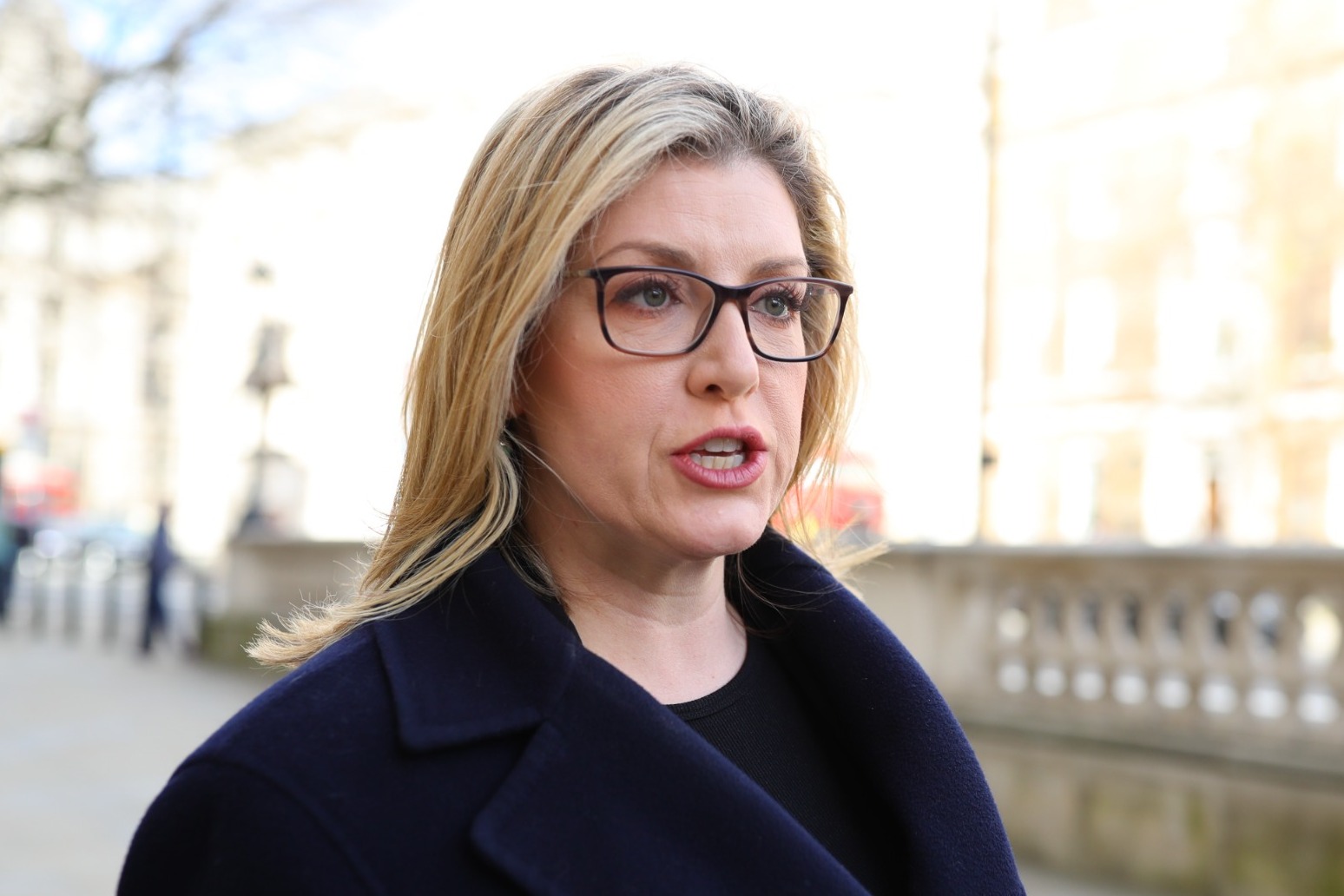 Tory leadership candidate Penny Mordaunt said she has what it takes to break the SNP’s “yellow wall” and help the Tories take power in Scotland.

The trade minister, who is widely tipped as one of the favourites in the contest to replace Boris Johnson in No 10, made her pitch to Tory members in Scotland on Tuesday.

Writing in the Scottish Daily Mail, she said she would dodge any questions about holding another referendum on Scottish independence, claiming she was “against playing on the SNP’s turf”.

She also said the party should set the ambition to “beat the nationalists one day” using a “positive vision, unity of purpose and record of delivery”.

“We won’t beat the SNP by dividing people. We will only beat it with a message that unites the country by focusing on what really matters,” she wrote.

“And we must set that ambition to defeat the Nationalists one day. I won’t pretend it will be easy. But as a member of the Royal Navy, I’ve got the courage and determination to take on that huge challenge.

“It is a challenge that must always be led by the Scottish Conservatives, by Douglas Ross and his group of MSPs. But as Prime Minister, I would aim to give our party the platform it needs.”

The SNP has been in power in Scotland since 2007 and has held the most MPs north of the border since 2015.

The Scottish Tories have often been overshadowed in electoral contest by scandals raging at Westminster – most recently falling to third place in May’s local elections, a result that leader Douglas Ross said was due to anger over partygate.

“Too often, a ceiling has been placed on our party’s support in Scotland by events at Westminster,” Ms Mordaunt wrote.

“Every Scottish Conservative politician I’ve spoken to has voiced frustration at the way in which the SNP is let off the hook because of some scandal down south.”

Ms Mordaunt asked what the party could be achieve if the ceiling caused by scandals elsewhere was removed, adding that last year’s performance at the Holyrood elections need not be the “high water mark” for the Tories.

The former defence secretary added: “I can be a Prime Minister that wins votes across Scotland, the yellow wall, the red wall, blue wall and the entire United Kingdom.

“I want to be campaigning just as hard in Peterhead as in Portsmouth North, my own constituency.

I firmly believe my positive vision for all of our United Kingdom can overcome the SNP’s relentless push to split up Scotland. I hope you will join me on the journey.”

Responding to the pitch, SNP MP Mhairi Black said the slate of Conservative candidates to take over as Prime Minister “offer nothing but a continuation of deeply damaging Tory policies”.

“The fact is that whoever replaces Boris Johnson, Scotland will still be saddled with a Tory Government we didn’t vote for imposing Brexit, austerity cuts and harmful policies against our will,” she said.

“The question for Tory candidates is whether they will respect democracy and the people of Scotland’s decision to decide their own future.

“The Scottish Government has been given a cast-iron democratic mandate by the people to hold an independence referendum – and that is what we intend to do on October 19 2023.

“However, it’s clear that the problems run much deeper than one individual.

“The Westminster system is broken and the only way to escape it is to become an independent country, with the full powers needed to regain our place in Europe and build a fair and prosperous future.”