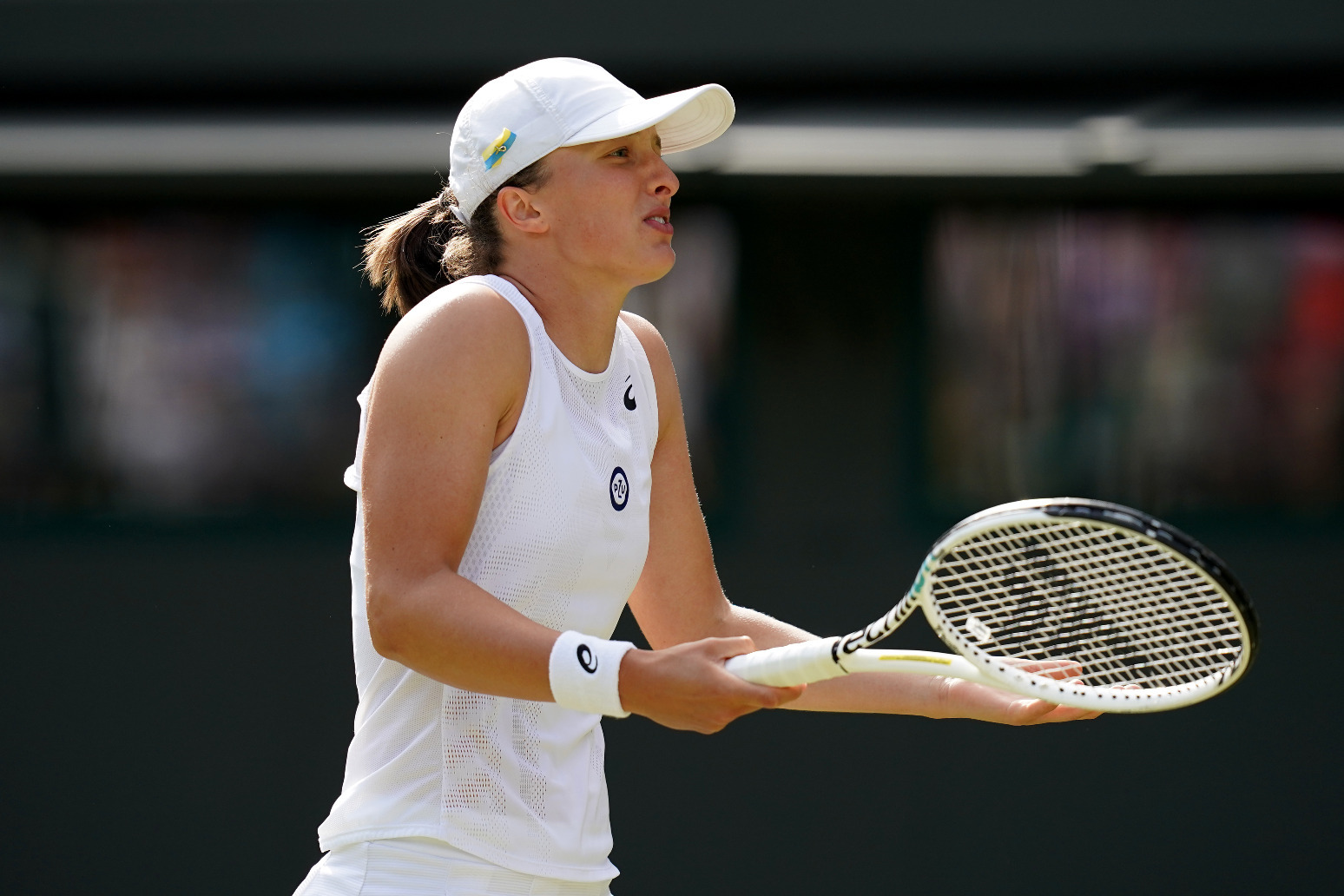 Iga Swiatek criticised tennis authorities as she revealed she will not play for Poland at the Billie Jean King Cup Finals in Glasgow next month.

The world number one had planned to represent her country but believes the lack of time between the WTA Finals in Texas and the Glasgow event would make it too risky to participate.

The WTA Finals finishes on November 7 while the Billie Jean King Cup Finals, run by the International Tennis Federation, begins the following day.

Writing on Instagram, Swiatek said: “I was thinking it through a lot and discussing it with my team all over again, but I will not be able to play at the Billie Jean King Cup in Glasgow.

“And it makes me sad. I’m very sorry, because I play for Poland whenever it’s possible and I always give it my best. Playing in Poland this year (in the qualifiers in April) was an honour and I hoped to do this again at the end of the season.

“I’m disappointed that tennis governing bodies didn’t come to an agreement on something as basic as the calendar of tournaments, giving us only one day to travel through the globe and changing the time zone.

“The situation is not safe for our health and could cause injury. I’m going to talk to the WTA and ITF in order to change something. This situation is difficult not only for the players like me, but mainly for the tennis fans that support our sport.”

The absence of the French Open and US Open champion is a blow to the Billie Jean King Cup Finals, which runs from November 8-13 at the Emirates Arena.

The event features 12 teams, including Great Britain, who will take on Spain and Kazakhstan in the group stage.

The ITF later acknowledged the schedule was “a challenge” for players competing in both tournaments and vowed to come up with “a better transition” between the two events next year.

Its president David Haggerty said in a statement: “The ITF is sorry that Iga Swiatek is unable to take part in the 2022 Billie Jean King Cup Finals and recognises that the schedule for the two major year-end events presents a challenge for players competing in both events.

“We have been working with the WTA to try to coordinate suitable dates. While we were able to confirm the Billie Jean King Cup Finals in Glasgow back in June, the WTA Finals venue in Fort Worth, Texas was confirmed during the US Open and restricted in terms of available dates.

“The ITF revised the match schedule of the 2022 Finals so that teams such as Poland and USA would start as late as possible. We are committed to working with the WTA on the 2023 schedule so that we have a better transition between the two competitions.”