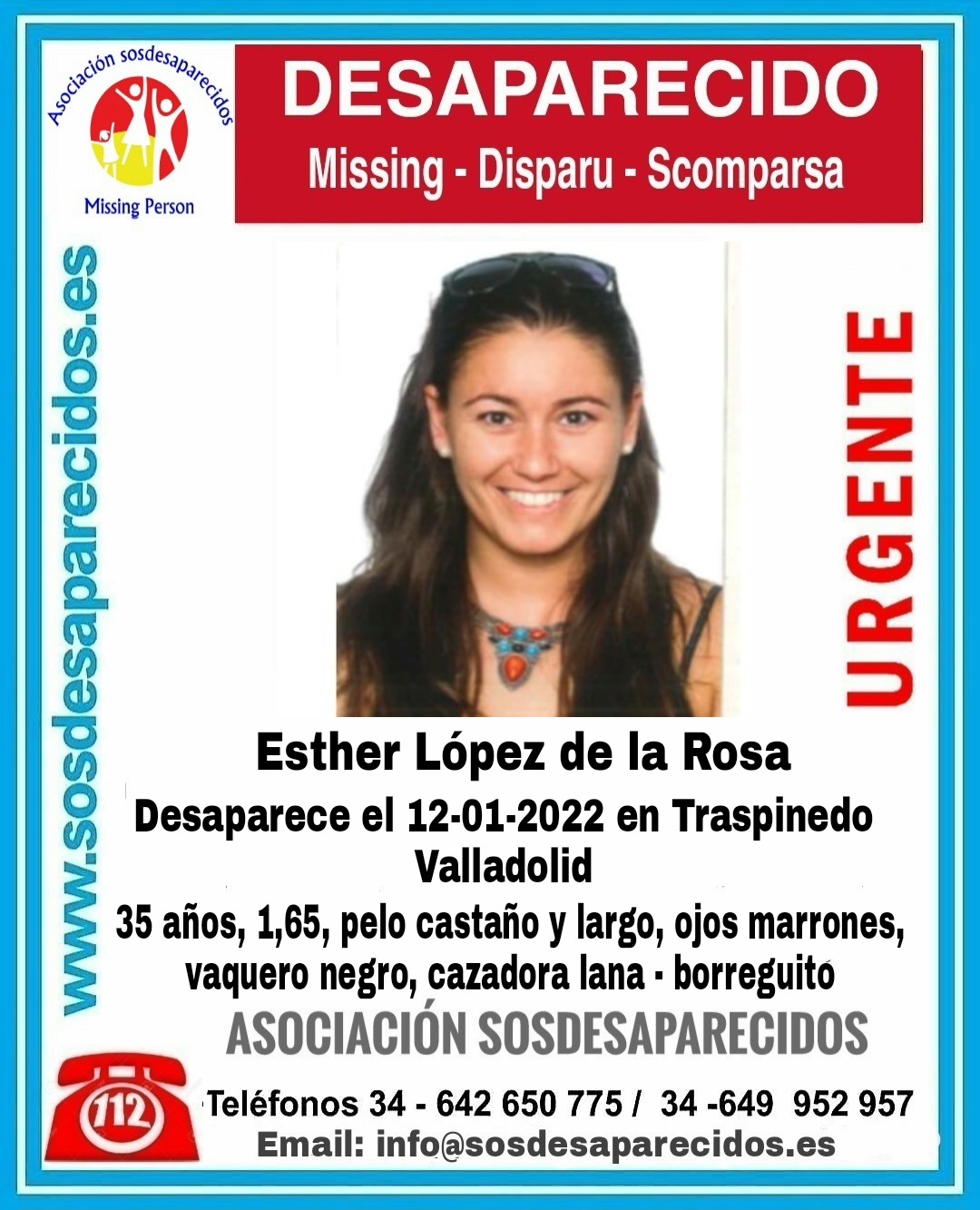 Guardia Civil have said the investigation is continuing, following the discovery of the remains of missing 35-year-old woman Esther López on Saturday.

Her body was found by a passer by near to an industrial estate on the outskirts of Traspinedo, in Valladolid. The remains were spotted in a ditch opposite an area of interest by search teams.

Officers are awaiting the results of a post-mortem and are studying CCTV footage of a nearby restaurant to determine if she died at the spot, or if her body was left there by another person.

Yesterday the town held a five-minute silence as a mark of respect for the woman, and in support of her family. Three days of mourning have also been declared in the town.