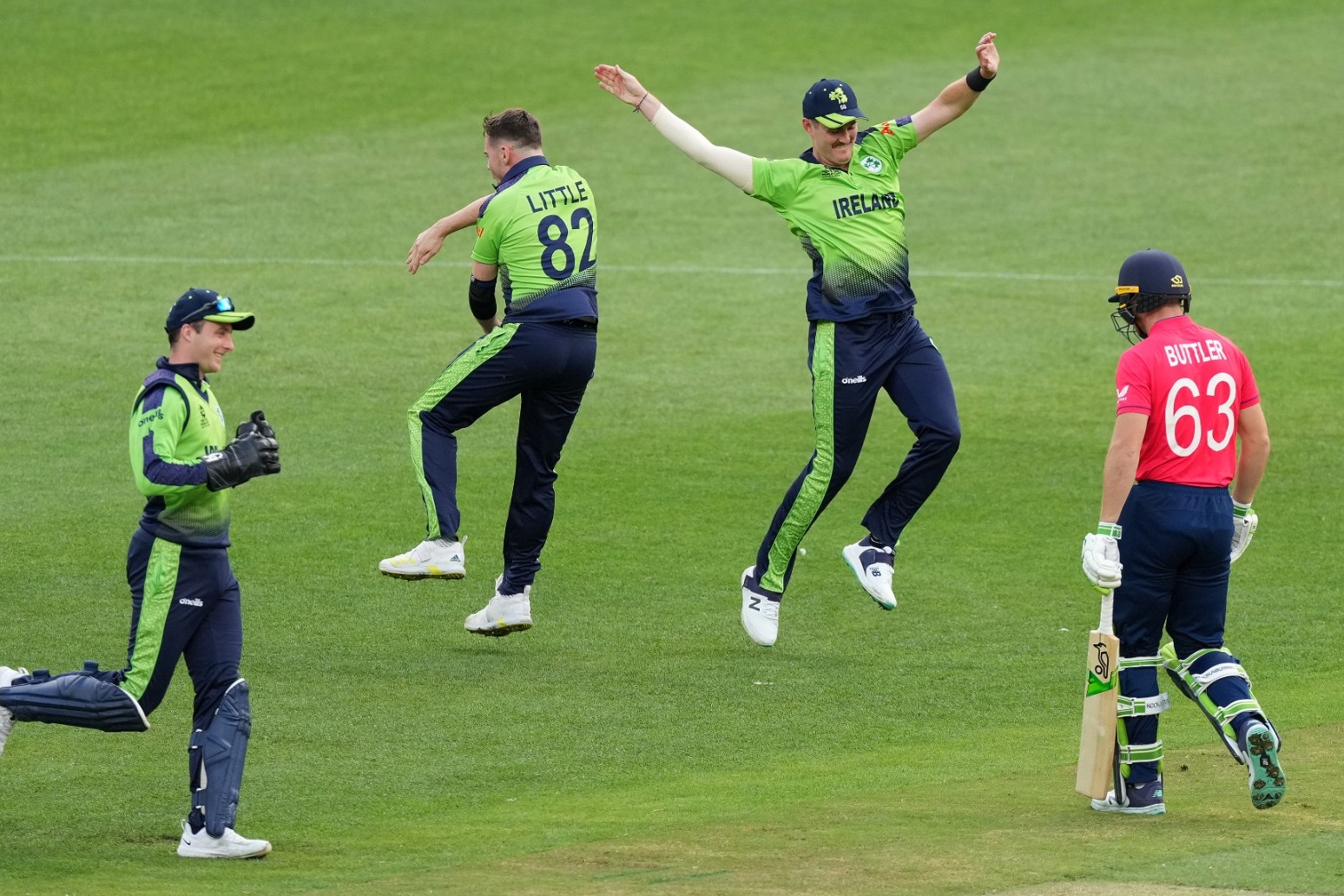 The Irish side achieved a 5-run victory

England suffered a major T20 World Cup setback as Ireland claimed another momentous victory over their rivals, having been given a helping hand by the rain at the MCG.

Captain Andy Balbirnie’s 62 off 47 balls underpinned Ireland’s 157 all out in 19.2 overs although his dismissal was the start of a collapse that saw his side lose their last seven wickets in 24 deliveries.

But England lurched to 86 for five under heavy cloud cover and, despite a late burst of boundaries from Moeen Ali, they were still short of the Duckworth-Lewis-Stern par when the heavens opened.

The delay proved terminal as England, on 105 for five when the downpour started, slipped to a five-run defeat under the DLS method, delivering a hammer blow to their hopes of reaching the semi-finals.

Eleven years on from their 50-over World Cup upset win over the same opponents at Bangalore, Ireland have blown this Super 12s group wide open with England needing to win their three remaining fixtures to finish in the top-two.

The only previous T20 between these teams in 2010 was also impacted by rain, which forced a no-result with the game tantalisingly poised, and England benefited on that occasion as they progressed at Ireland’s expense by virtue of a superior net run-rate before going on to win the entire World Cup.