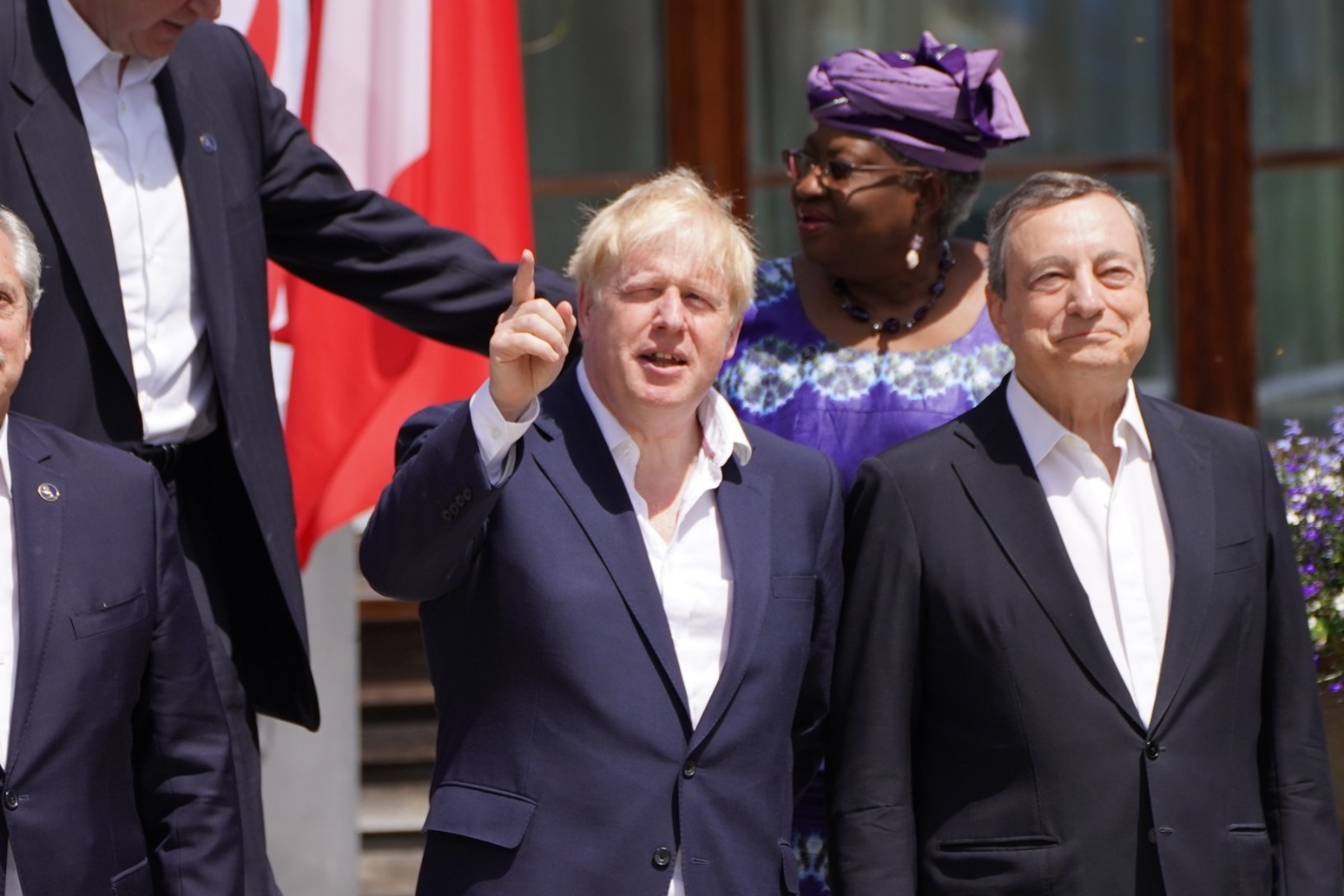 Italian Premier Mario Draghi has said the spontaneous popular support for his government is “unprecedented and impossible to ignore”, as he weighed up appeals to rescind his resignation, which he offered after a coalition partner triggered a government crisis.

Mr Draghi laid out priorities for parliament to consider in rebuilding “from the top” the majority needed for the government to work efficiently.

He suggested he is willing to stay on if they are embraced, and directly challenged the 5-Star Movement to decide if they are on board or not, after the populists withheld support for the government in a confidence vote last week.

The trigger was their opposition to a rubbish incinerator for Rome contained in a Bill, but their problem with Mr Draghi’s government went well beyond that.

Mr Draghi has long insisted he would never head a second government or one without the 5-Stars, and said flatly last week that he will not govern by ultimatum.

But it appears the waves of appeals for him to reconsider, from inside and out Italy, had an effect.

In recent days, political leaders, mayors, doctors’ associations and ordinary citizens have urged him to stay on at such a crucial time, with soaring inflation and energy prices, a war in Ukraine and implementation of the EU recovery funds at stake.

Mr Draghi told the Senate he was personally moved by the spontaneous shows of support, citing in particular the petitions by Italian mayors and medical personnel, the “heroes of the pandemic”.

“The mobilisation in these days by citizens, associations and regions for the government to continue is unprecedented and impossible to ignore,” he said.

“This demand for stability requires all of us to decide if it’s possible to recreate the conditions in which the government can truly govern.”

There may be some sort of vote later in the day.

Watching over the scene from the presidential palace on the Quirinale Hill was President Sergio Mattarella, who ultimately can decide whether to accept Mr Draghi’s resignation if it is offered again, ask him or someone else to try to govern until the spring vote or dissolve Parliament now and trigger early elections as soon as September.

Mr Mattarella had tapped Mr Draghi in 2021 to form a government of national unity, grouping parties from the right, left and the 5-Stars to guide Italy through its economic reboot following the pandemic and enact reforms necessary to implement some 200 billion euros in European Union recovery funds.

The uneasy coalition worked for a while but Mr Draghi offered his resignation last week after the 5-Star politicians, the biggest vote-getters in 2018 general elections, walked out.

Five-Star leader Giuseppe Conte, who complained his forces had been humiliated and ignored by other coalition parties, delivered a nine-point set of demands for Mr Draghi to embrace, including the 5-Stars’ flagship pledge of a basic income and minimum salary.

Former premier Mario Monti, who himself was tapped to lead Italy in a moment of crisis, appealed to Mr Draghi’s ego, saying the internationally respected former European Central Bank chief would irrevocably harm his legacy if he abandoned Italy now.

But he warned that Mr Draghi “would show a lack of respect to the country and its citizens” if he followed through and stepped down.

Heading into the day, key parties had staked out their positions.

The Democratic Party, which polls around 22% and is a key coalition partner, wants Mr Draghi to stay. The centre-right coalition partners Forza Italia of ex-premier Silvio Berlusconi and League of Matteo Salvini have said only that they will not govern again with the 5-Stars.

The 5-Stars themselves are split, with Mr Conte’s allies ready to pull out but other 5-Star politicians indicating they would continue to back Mr Draghi, suggesting more defections from the populists’ ranks.

The right-wing Brothers of Italy, which had been in the opposition all along to Mr Draghi’s coalition, wants to go straight to early elections since they currently vie with the Democrats for the top spot in polls.