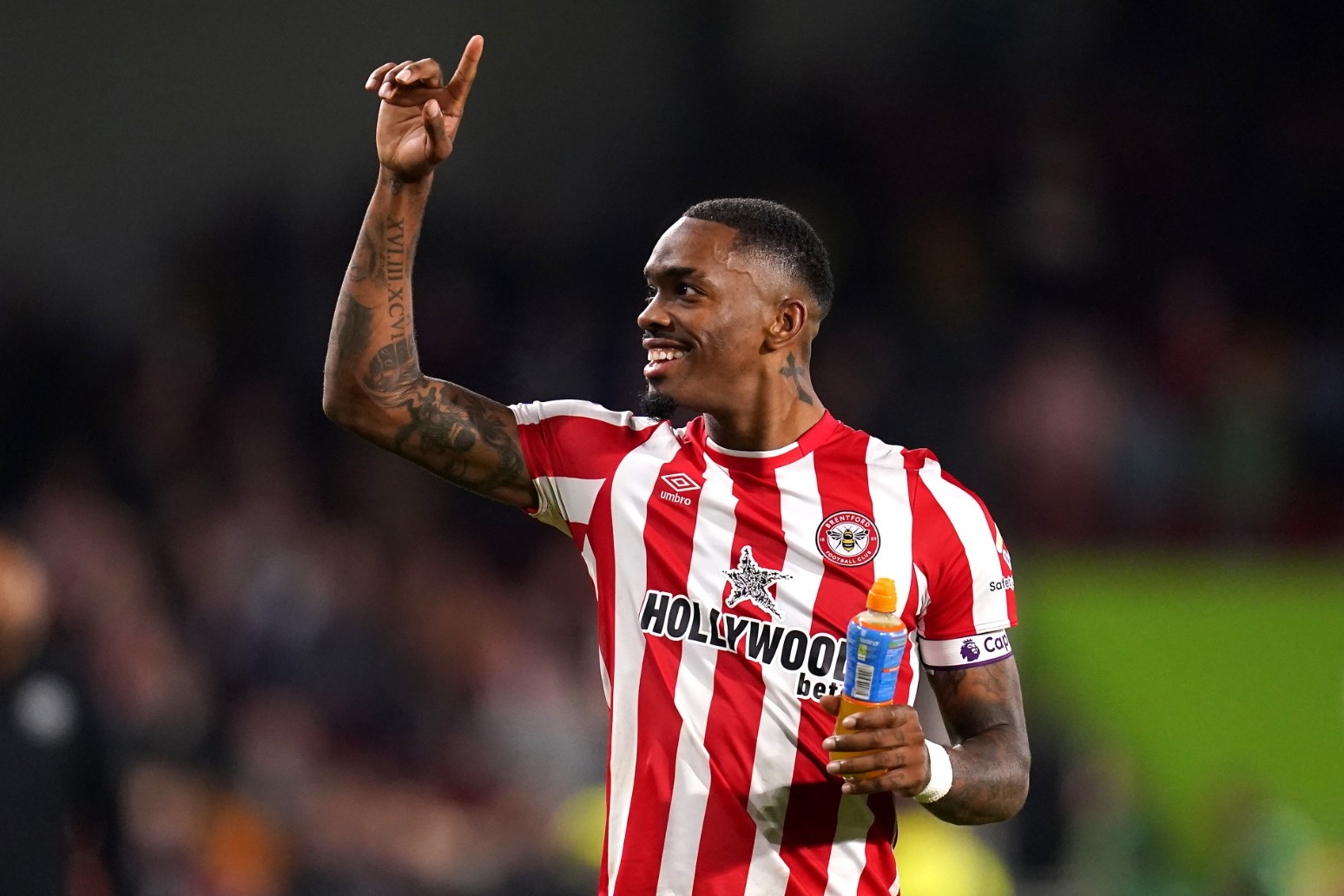 Ivan Toney has revealed he was racially abused after starring in Brentford’s victory over Brighton on Friday.

Toney scored both goals in Brentford’s 2-0 Premier League win, and on Saturday morning shared screenshots of an Instagram direct message calling him a ‘black c***’.

It is not the first time Toney has spoken out about racial abuse, with him and Brentford team-mate Rico Henry taking to social media to say that their families were targeted after the Bees won 3-2 at Everton in May.

Brentford issued a statement on Saturday, calling on the police, legal authorities and Instagram’s parent company to bring the person involved to justice for a “despicable hate crime”.

“We condemn this discriminatory behaviour in the strongest possible terms.

“An attack on one of our players is an attack on all of us. Ivan will receive the full backing from the club and from the Brentford fans who we have already seen condemning the abuse.

“We expect strong support from the police, legal authorities and from Instagram’s parent company, Meta, to ensure that the individual involved faces the full force of the law for this despicable hate crime.”

Toney was called into the England squad for the first time last month but failed to get on to the pitch for the Nations League matches against Italy and Germany.

The 26-year-old underlined his credentials to make Gareth Southgate’s World Cup squad with his Brighton brace, taking his Premier League goals tally this season to eight.

The Premier League also issued a statement condemning the abuse directed at Toney and will support Brentford’s investigation.

“No one should have to face abuse of the kind received by Ivan Toney. It has no place in football or society,” the statement read. “We are supporting Ivan and the club with investigations.”

The Football Association added in a statement on Twitter: “We are appalled at the racist abuse aimed at Ivan Toney on social media.

“This abhorrent behaviour must have consequences and we support strong action by the authorities and social media companies against the perpetrator.”

Later on Saturday, Toney posted a further message looking to focus on what was another fine display by the forward, who further staked his claim for inclusion in England’s World Cup squad.

Under a picture of him celebrating one of his strikes against Brighton, Toney wrote: “On a positive note. 3 points 2 goals Enjoy your weekend.”