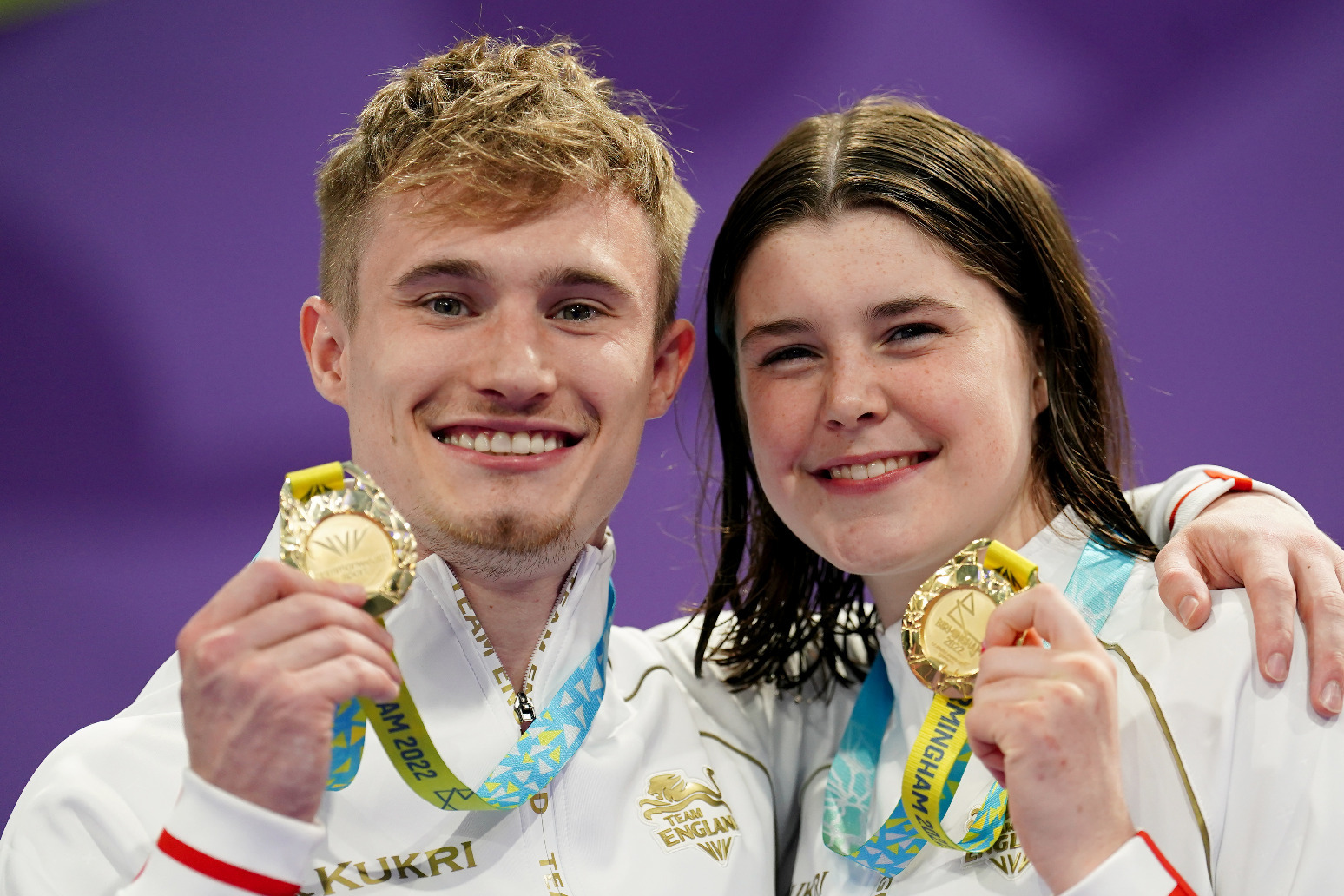 Houlden had led for a period of the competition but it was Laugher who emerged victorious, scoring 447.05 overall in Thursday’s competition to secure his third title in the discipline.

Laugher said: “[I’m feeling] great, yeah loads of pressure coming into here trying to defend that title that I’ve had for what, eight years now?

“It’s a great, great performance, very steady, a few mistakes here and there but really, really happy with everything, and to do it in front of a home crowd obviously makes it a little more sweeter.”

Laugher had faced a bit of pressure earlier in the event when Houlden finished top of the leaderboard in the first three rounds, but the reigning champion believed he had matters “fairly under control”.

“I mean Jordan, his first two dives were amazing don’t get me wrong, but they are a high degree of difficulty dives,” Laugher added.

“When executed well, which he did, that obviously puts a lot of points on the board, whereas I do my list in a different order, I do my easy ones first and I kind of rank up the difficulty as it goes along.

“I knew I still had it fairly under control in a way, I knew that I could still attain a good score it was just about doing a dive at a time and hopefully not getting too ahead of myself and not reminiscing on misses.

“Today I was pushed, it was a big-scoring competition, it was probably the best scoring podium we’ve ever had at the Commonwealth Games, some great performances by everybody and I’m really happy to share the podium with Jordan.”

The success continued for England later in the evening as 17-year-old Andrea Spendolini-Sirieix won her first-ever senior international gold medal in the women’s 10-metre platform final.

Her team-mate Lois Toulson won silver, but Spendolini-Sirieix topped the leaderboard by a huge 20.20 points, and described an “incredible” win in front of a home crowd.

She said: “I’m very, very happy. It’s amazing for it to be on home soil, a home games, the first time that I’ve actually had a crowd because I didn’t have one at Tokyo and at the other internationals I’ve done I haven’t really had a big crowd.

“It’s been incredible, I’ve had so much fun. I wasn’t really scared I was so peaceful, so I’m just really, really happy with how it went.”

Spendolini-Sirieix, whose father is First Dates TV personality Fred Sirieix, said she plans to celebrate with a hot chocolate.

She added: “I was peaceful throughout but on the last dive I had quite shaky calves, I think that definitely helped with the push that I needed.

“Overall I had so much fun, I’ve never had that much fun in a competition.

“I’ve got a hot chocolate waiting for me!”