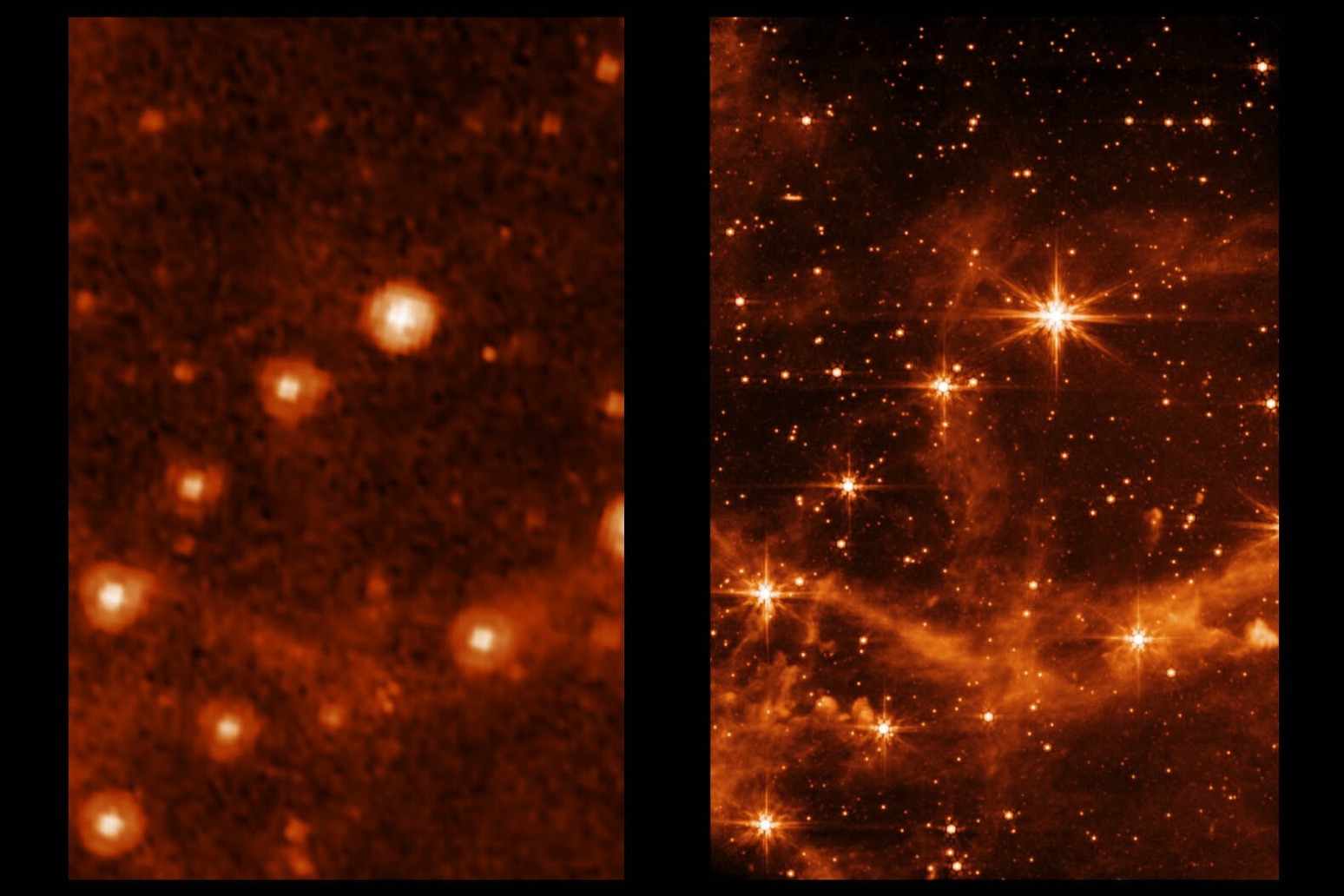 Early observations from the James Webb Space Telescope will be released in the summer and are expected to change the face of astronomy forever, experts have said.

The telescope lifted off on an Ariane 5 rocket from Europe’s Spaceport in French Guiana on Christmas Day last year on its mission to unlock the secrets of the Universe.

It is designed to answer outstanding questions about the Universe and to make breakthrough discoveries in all fields of astronomy.

Christopher Evans, Webb project scientist, European Space Agency (ESA), told a press briefing: “We’re really excited at this stage of the project going through the final commissioning stages, working with the international team and all the scientists and public alike involved in this.

The telescope has now cooled to its final operation temperature, and telescope alignment has been completed.

Over the next two months, experts will work on bringing online 17 different modes which require a number of different tests of each of the four instruments.

In July the first Early Release Observations (EROs) from the telescope are expected to be released.

“Their objective is to demonstrate at the end of commissioning to the world and to the public, that Webb is fully operational and that it produces excellent results.

“It’s also an opportunity to celebrate the beginning of many years of Webb science.

“There are a couple of requirements on the EROs.

“One is that we want to showcase all the four science instruments within the EROs and we also want to highlight all the Webb science themes.

“They cover a wide range of areas from the early, to galaxies over time, to the lifecycle of stars and to other worlds – that includes exoplanets.

“We’ll create the EROs packets at the end of commissioning – after the two months of careful instrument commissioning.”

However, the experts are remaining tight-lipped about what the EROs targets will observe for a number of reasons, including wishing to keep it a surprise.

Additionally, the data has not yet been taken and is dependent on when exactly this can be scheduled.

Earlier in the day Nasa released a picture taking a closer look at an image taken by Webb’s coldest instrument: the Mid-Infrared Instrument, or MIRI.

Here, a close-up of the MIRI image is compared to a past image of the same target taken with Nasa’s Spitzer Space Telescope’s Infrared Array Camera, and reveals the interstellar gas in unprecedented detail.