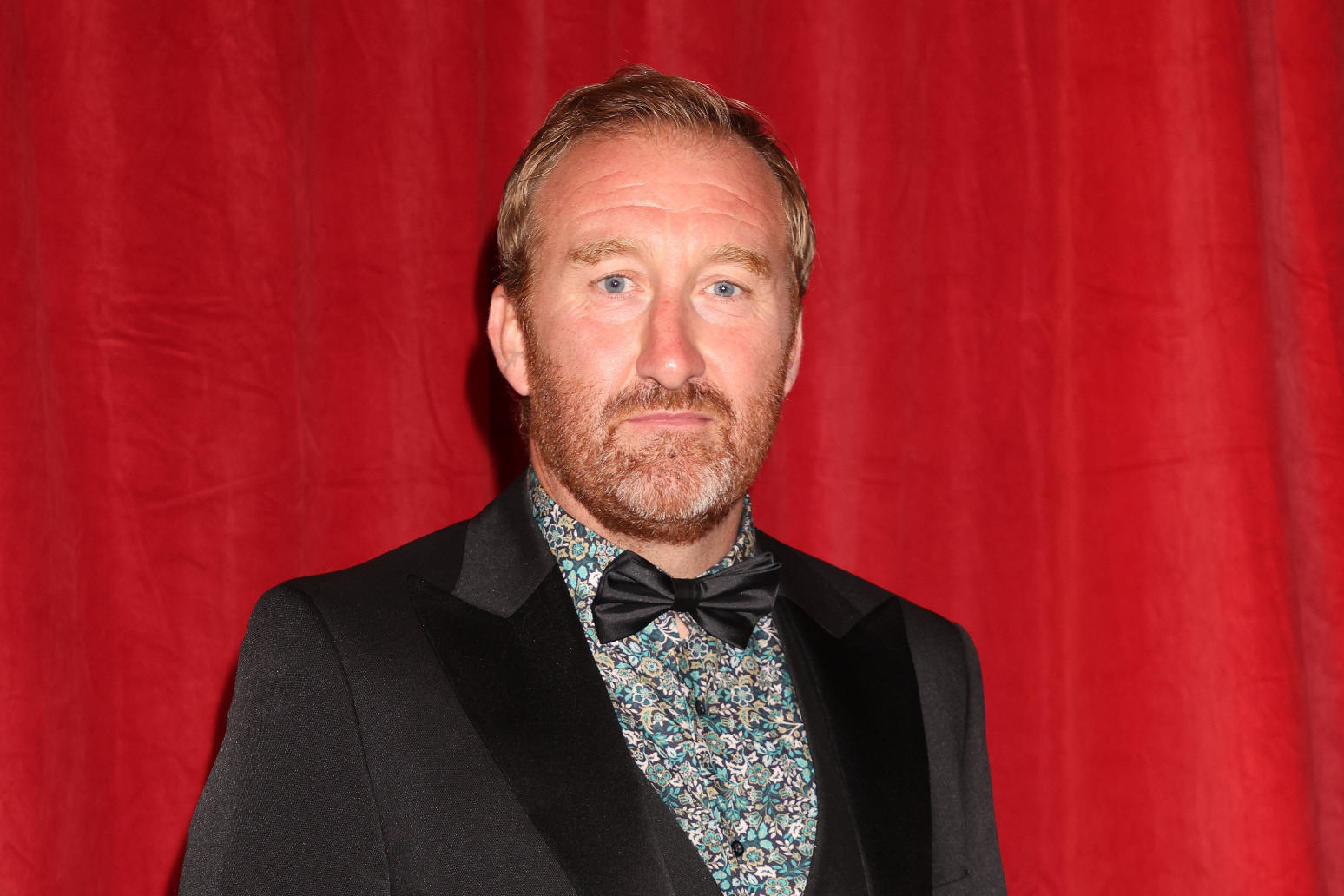 Coronation Street star Jamie Kenna said “love is blind … you can’t see the wood for the trees” following his character’s attempt to woo back his bride following a shock wedding day dumping.

Kenna’s character Phill Whittaker was jilted at his wedding reception by Fiz Stape played by Jennie McAlpine in the long-running ITV soap during Friday night’s episode.

Unaware that Fiz’s ex-partner Tyrone Dobbs is the reason for her change of heart, Phill embarks on a series of stunts to prove his love – including a grand gesture with a mariachi band.

Talking about what his character does in an attempt to win back his bride, Kenna said: “I think love is blind and love can make us do very, very out of character things.

“So he goes through pretty much a full wardrobe of dress-up clothes to attempt to create certain scenarios to win her back, a tuxedo being one, a long trench coat being another!

“He just tries every single thing romantically he can think of and it’s one of those situations where he can’t see it’s failing because love is blind.

“From the outside looking in it’s kind of painful and cringeworthy to watch, bless him. But you can’t see the wood for the trees when you’re in that situation.”

Kenna said his character’s “world implodes” after Fiz told him she doesn’t love him and he is filled with “utter devastation” but he thinks Phill will “fight for her because he loves her so much”.

He said: “It’s his perfect day, with his perfect woman, it’s the moment he’s been waiting for his entire life.

“They’ve had their ups and downs … but they’ve finally made it down the aisle.

“She looked him in the eyes, there was a little stumble at the wedding but it’s all good, they’ve got over everything as far as he’s concerned. So it’s utter shock.

“I think Phill absolutely thinks he can win her back and that she’s made the wrong decision. And he’s such a nice guy that he’s so willing to forgive her.

“Even though she’s jilted him on the wedding day, done it while their friends and family are dancing and doing karaoke and left her own wedding, he’s still prepared to forgive her.”

Kenna described getting to play emotional wedding scenes with McAlpine as a “gift”.

He added: “As an actor I’ve been so lucky to come in to this iconic show and have a character that makes such an impact. To marry Fiz that’s a big thing in itself so to then to go through marrying Fiz, losing Fiz and getting to play all that emotion, including the beautiful scene in the kitchen with Jennie, who’s such a brilliant actress, has been incredible.

“Then to get to play Phill going through this series of ritual humiliations in an attempt to win her back, it’s been so much fun for me and we’ve had a lot of fun with it.

“A couple of the directors who have been involved have let me run with it and do my thing which has been great.

“I think I must have said at some point that I don’t mind singing because they’ve pretty much gone through all of the archives of 80s and 90s music and got me to sing pretty much every song! Be careful what you wish for that’s the moral of that story.”