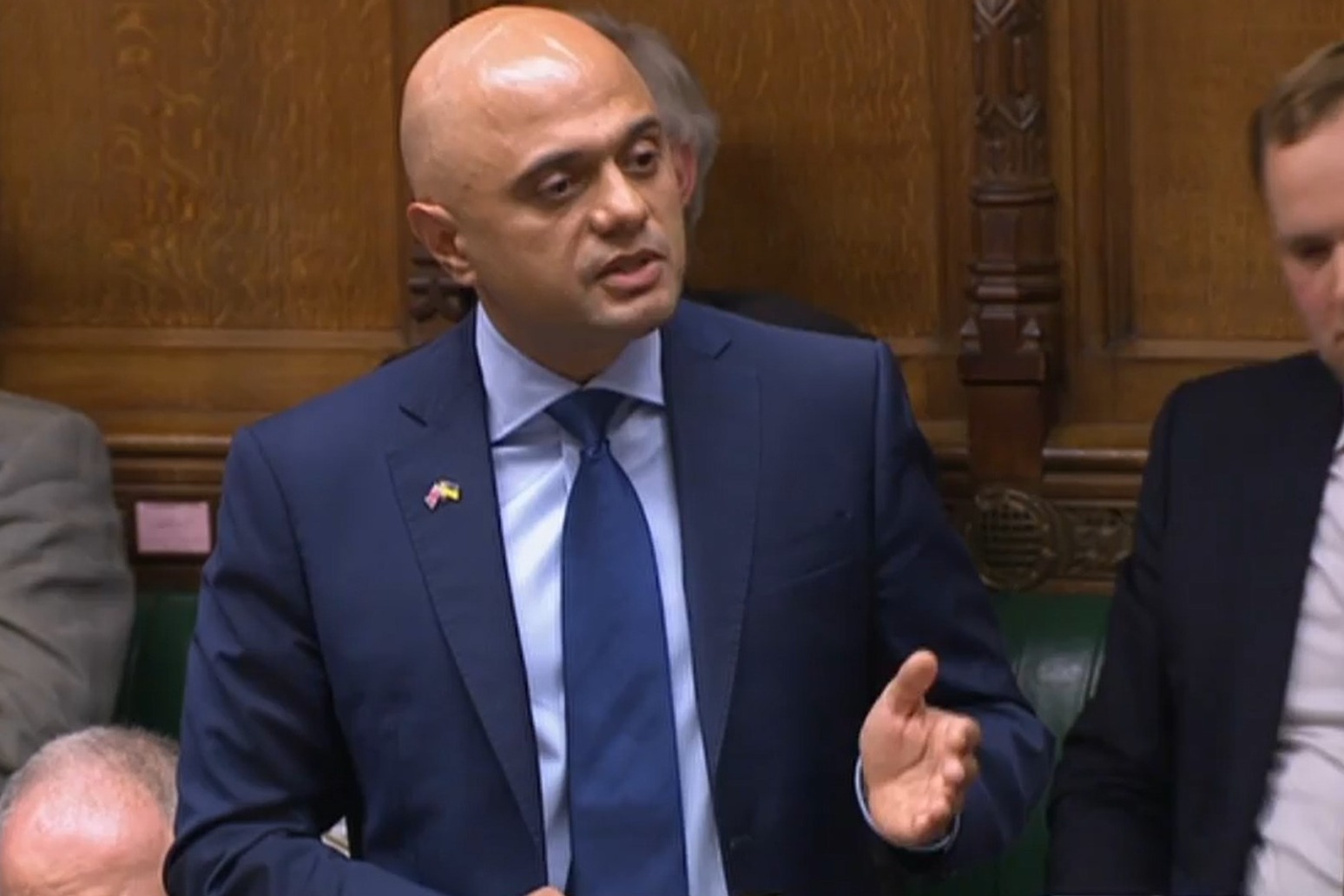 Sajid Javid quit Boris Johnson’s Government after concluding “enough is enough”, telling MPs: “The problem starts at the top and I believe that’s not going to change.”

Prime Minister Mr Johnson watched on in the Commons as his former health secretary said he feared the reset button was no longer working and “something is fundamentally wrong”.

Conservative MP Mr Javid, making a personal statement setting out his reasons for his departure, wished his Cabinet colleagues well but warned them: “Not doing something is an active decision.

“I’m deeply concerned about how the next generation will see the Conservative Party on our current course; our reputation after 12 years in Government depends on regaining the public’s trust.

“This is not just a personal matter, the philosophy and perception of Conservatives depends on it.”

Mr Javid opened his statement by insisting he is “not one of life’s quitters” and stressed his enthusiasm for public service.

He said he had planned “so much for the long-term reform” of the health and care services, adding it is a “wrench to leave that work behind”.

After stressing the importance of integrity, Mr Javid said he is “instinctively a team player” but said: “Treading the tightrope between loyalty and integrity has become impossible in recent months.

“I will never risk losing my integrity.”

He added: “I also believe a team is as good as its team captain and a captain is as good as his or her team. So, loyalty must go both ways.

“The events of recent months have made it increasingly difficult to be in that team.

“It’s not fair on ministerial colleagues to go out every morning defending lines that don’t stand up and don’t hold up.

“It’s not fair on my parliamentary colleagues, who bear the brunt of constituents’ dismay in their inboxes and on the doorsteps in recent elections.

“And it’s not fair on Conservative members and voters who rightly expect better standards from the party they supported.”

Mr Javid said he was “personally assured at the most senior level” of Mr Johnson’s team that there had been “no parties in Downing Street and no rules were broken” when the first stories emerged last year.

He explained: “So I gave the benefit of doubt. And I went on those media rounds to say that I’d had those assurances from the most senior level of the Prime Minister’s team.

“Then we had more stories. We had the Sue Gray report, a new Downing Street team. I continued to give the benefit of the doubt.”

In reference to the appointment of and allegations linked to Tamworth MP Chris Pincher, Mr Javid said: “This week again, we have reason to question the truth and integrity of what we’ve all been told. And at some point we have to conclude that enough is enough.

“I believe that point is now.”

He added: “I do fear that the reset button can only work so many times. There’s only so many times you can turn that machine on and off before you realise that something is fundamentally wrong.

“Last month I gave the benefit of doubt one last time … I have concluded that the problem starts at the top and I believe that is not going to change and that means that it is for those of us in a position who have responsibility to make that change.

“I wish my Cabinet colleagues well and I can see they have decided to remain in the Cabinet. They will have their own reasons.”

Laughter could be heard in the chamber, as Mr Javid went on: “But it is a choice. I know just how difficult that choice is. But let’s be clear, not doing something is an active decision.”

Mr Javid said if the Conservative ideals of “decency” and personal responsibility and the rule of law could not be upheld, “the Conservative mission to extend freedom and prosperity and opportunity is all at risk”.

Concluding his statement, Mr Javid said: “The one thing we can control is our own values and behaviours. So it is incumbent on all of us to set high standards for ourselves and to take action when they are not met by others.”

He added: “I got into politics to do something, not to be somebody. So it is hard in one way, but not in another. Being a good father, a husband, a son and a citizen is good enough for me.

“If I can continue to contribute to public life and my party from the backbenches it will be a privilege to do so.”

As the Prime Minister left the chamber after Mr Javid’s statement, a Labour MP could be heard to shout “bye Boris”.