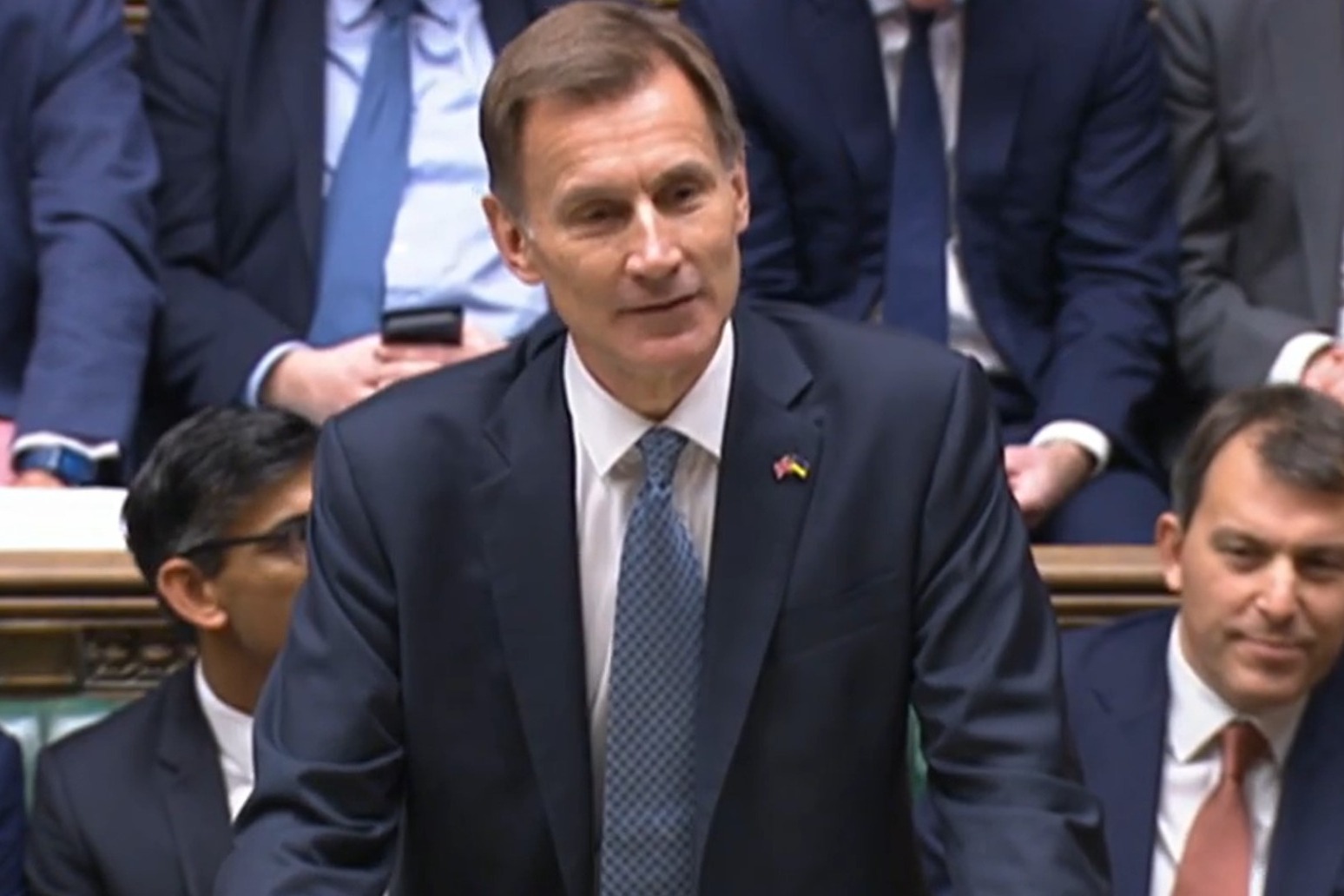 Households will face increased energy bills, high inflation and tax hikes as the country is hit by recession.

Chancellor Jeremy Hunt told MPs he was having to make difficult decisions to ensure a “shallower downturn”, but the economy was still expected to shrink 1.4% in 2023.

The Office for Budget Responsibility (OBR) forecast the UK’s inflation rate to be 9.1% this year and 7.4% next year, contributing to the squeeze on living standards.

But Mr Hunt said “this still means an average of £500 support for every household”, while there would also be additional cost-of-living payments for people on means-tested benefits, pensioner households and those on disability benefit.

He also committed to increase the state pension and benefits in line with September’s 10.1% inflation figure.

Mr Hunt said the OBR concluded the UK “like other countries” is now in recession and was facing an increase in unemployment.

The OBR’s bleak analysis showed rising prices would erode real wages and reduce living standards by 7% in total over the two financial years to 2023-24, wiping out the previous eight years’ growth, despite over £100 billion of additional Government support.

“It erodes savings, causes industrial unrest and cuts funding for public services. It hurts the poorest the most and eats away at the trust upon which a strong society is built.”

Mr Hunt was setting out a package of around £30 billion of spending cuts and £24 billion in tax rises over the next five years.

His package is in stark contrast to his predecessor Kwasi Kwarteng’s ill-fated plan for £45 billion of tax cuts, less than two months ago, which spooked the markets, pushed up the cost of borrowing and contributed to the downfall of Liz Truss’s short-lived administration.

Mr Hunt said: “I understand the motivation of my predecessor’s mini-budget and he was correct to identify growth as a priority. But unfunded tax cuts are as risky as unfunded spending.”

He told MPs: “Anyone who says there are easy answers is not being straight with the British people: some argue for spending cuts, but that would not be compatible with high-quality public services.

“Others say savings should be found by increasing taxes, but Conservatives know that high tax economies damage enterprise and erode freedom.

“We want low taxes and sound money. But sound money has to come first because inflation eats away at the pound in people’s pockets even more insidiously than taxes.

“So, with just under half of the £55 billion consolidation coming from tax, and just over half from spending, this is a balanced plan for stability.”

Blaming Vladimir Putin’s invasion of Ukraine for the “global energy crisis, a global inflation crisis and a global economic crisis” he said “we have risen to bigger challenges before”.

“We aren’t immune to these headwinds but with this plan for stability, growth and public services, we will face into the storm,” he said.

“There may be a recession made in Russia but there is a recovery made in Britain.”

Measures announced by Mr Hunt include:

– The income tax personal allowance, higher rate threshold, main national insurance thresholds and the inheritance tax thresholds will be frozen until April 2028, something which will result in more people paying more tax as a result of “fiscal drag” as wages increase.

– The windfall tax on oil and gas giants will increase from 25% to 35% and a 45% levy on electricity generators will help raise an estimated £14 billion next year.

– Electric vehicles will no longer be exempt from vehicle excise duty from April 2025, to make the motoring tax system “fairer”.

– Government spending will continue to increase in real terms every year for the next five years, but at a slower rate than previously planned.

– The Government would protect the increases in departmental budgets already set out in cash terms for the next two years, meaning real-terms cuts due to inflation and pressure on public sector wages.

– The defence budget will keep meeting the Nato target of 2% of GDP but the overseas aid budget will not be returned to its goal of 0.7% of national income “until the fiscal system allows”.

– An extra £2.3 billion per year will be invested in schools in England over the next two years.

– The implementation of social care reforms will be delayed for two years.

– The NHS budget in England will increase by an extra £3.3 billion in each of the next two years.