Jeremy Hunt People do not want endless wrangling over the constitution 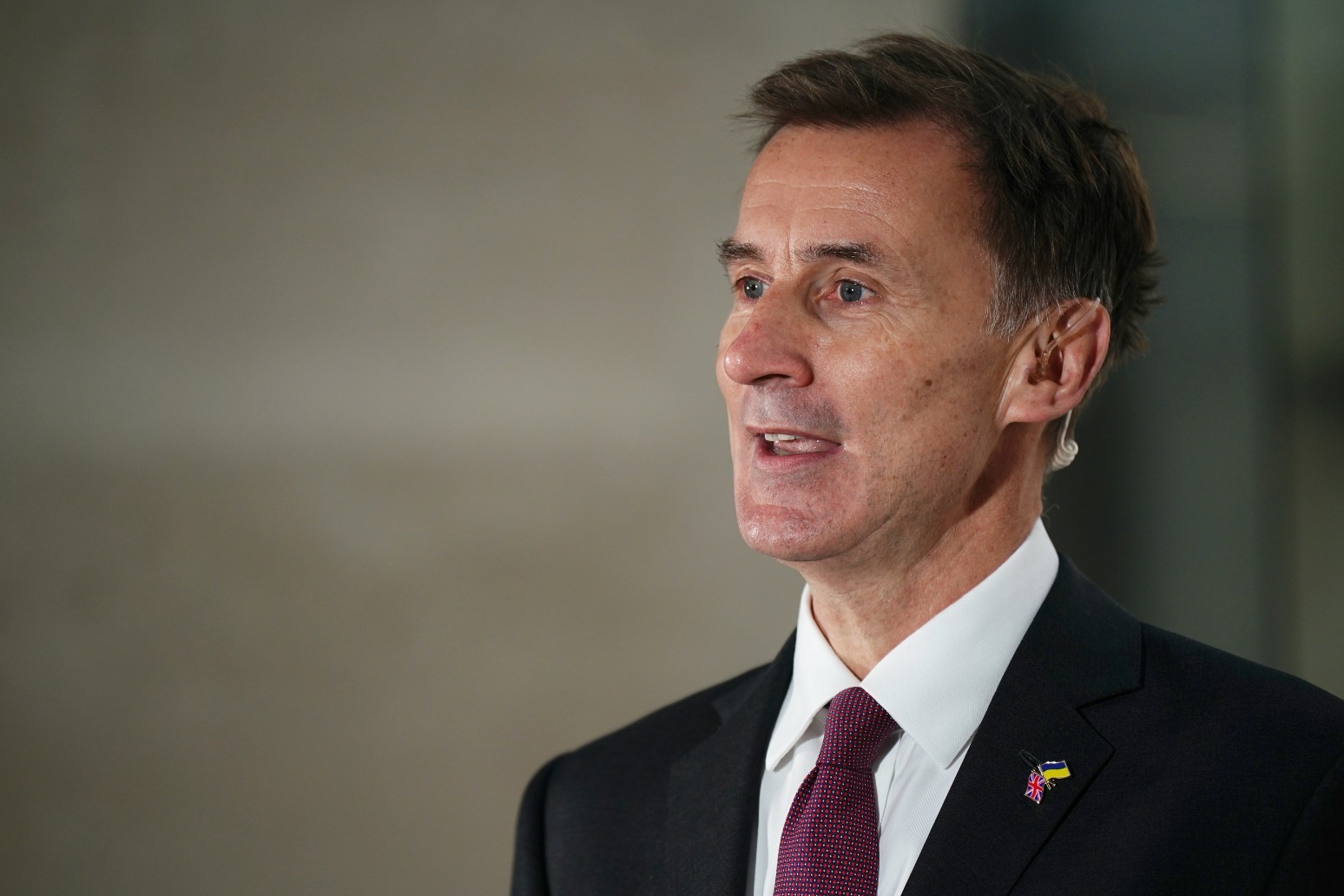 Chancellor Jeremy Hunt has played down the prospect of further borrowing powers for the Scottish Government, saying people do not want “endless wrangling over the constitution”.

Scottish ministers have long been arguing for more borrowing powers as part of an ongoing review of funding arrangements, known as the fiscal framework.

Deputy First Minister John Swinney is due to present the Scottish Budget at Holyrood next week, as high inflation puts pressure on Government finances.

Mr Hunt was in the Scottish capital on Friday as he unveiled a package of measures called the Edinburgh Reforms aimed at cutting regulation for the financial sector.

Speaking to the Herald newspaper, the Chancellor said he wanted to work with the Scottish Government on “immediate challenges” caused by the pandemic and high energy prices.

Asked if he was sympathetic to the calls for more borrowing powers, he said: “What I’m saying is that I think the priority, my priority, is to work closely with the Scottish Government to deal with the immediate challenges that we both face as a result of the pandemic, the energy crisis, and so on.

“And I think endless wrangling over the constitution is not what people in Scotland want.

“What they want is a focus on public services. That’s what we did in the autumn statement.”

The Chancellor added: “We have shared challenges. We’re both dealing with an economy that’s having to spend about four times more on energy than it was a couple of years ago, which is not just difficult for families, but it’s also difficult for governments trying to live within their budgets.

“We’ll always look for more ways that we can work together.”

Earlier, Mr Hunt told broadcasters his package of financial reforms would ensure Scotland’s sector could compete with other finance hubs in the US and Asia.

He denied it was reckless to relax regulations, saying banks have become much “healthier” since the financial crash in 2008.

The SNP condemned the Chancellor’s reforms, with MSP Kenneth Gibson saying: “Removing banking regulations – designed to protect savers and the taxpayer – was never one of the many so-called benefits of Brexit the Tories promised us, nor was it plastered over the side of a bus.

“It risks repeating the catastrophe of the financial crash in 2008, which led to crippling Tory austerity for millions of households across Britain.