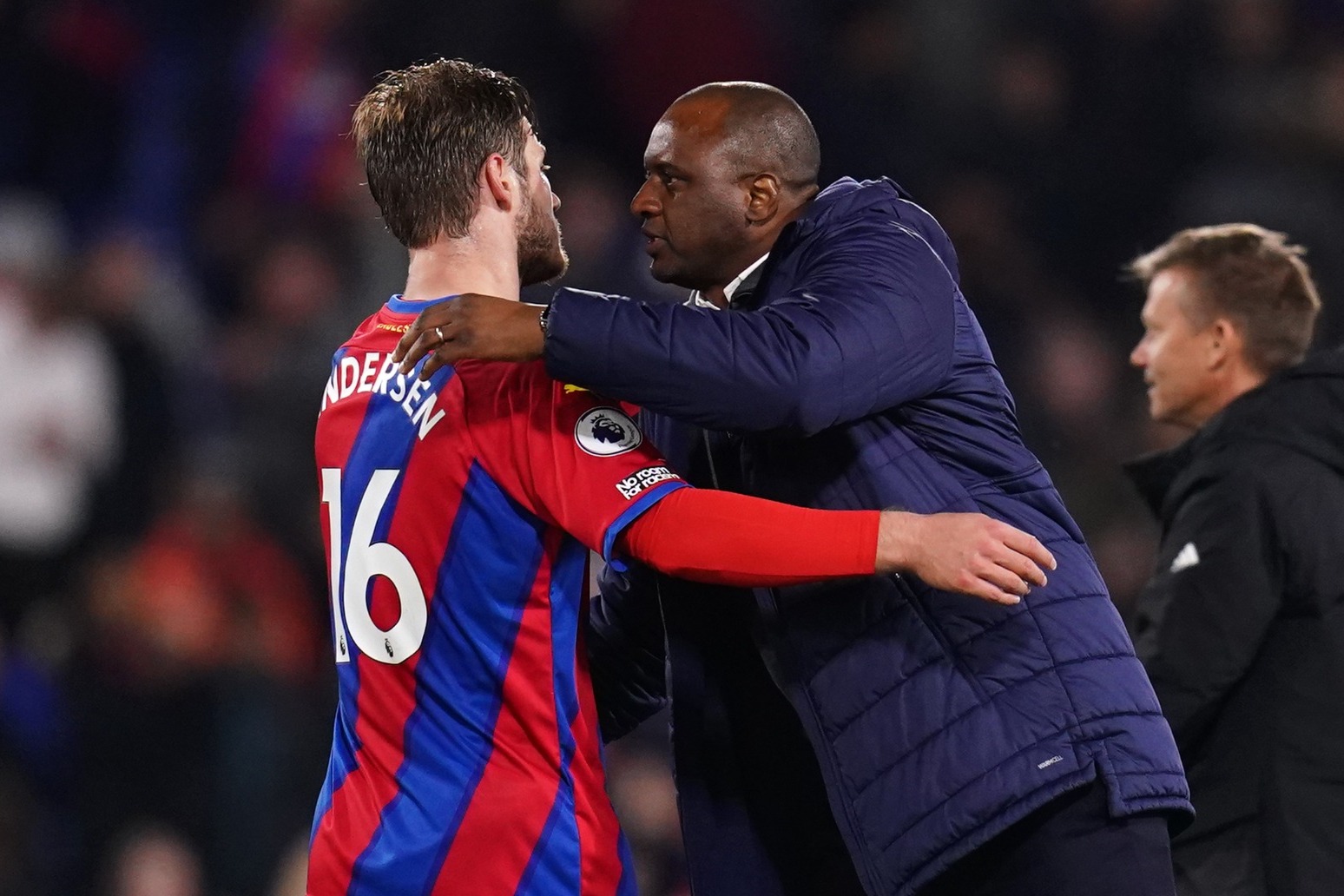 Joachim Andersen has been bombarded by death threats and a torrent of abuse online following Crystal Palace’s 1-1 draw at Liverpool.

The Eagles defender was headbutted by Darwin Nunez, who was red-carded by referee Paul Tierney and now faces a three-match ban for violent conduct.

Andersen was booked in the same incident, but took to Instagram to share what he said was a sample of hundreds of abusive messages he has received since the encounter.

“Got maybe 300-400 of these messages last night,” the Dane posted to his Instagram story.

“I understand you support a team but have some respect and stop act [sic] tough online.

“Hope @instagram and the @premierleague do something about this.”

A Premier League spokesman confirmed the governing body had been in touch with Palace this morning to offer help. Instagram have been contacted by the PA news agency for comment.

Some of the screenshots called for the Palace player’s death, while others – many ridden with expletives – contained other vile attacks.

Many threatened not just Andersen, but his family.

The Online Safety Bill, welcomed by both the FA and anti-discrimination charity Kick it Out, was due to be discussed in Parliament in July.

The legislation is designed to impose a greater duty of care on tech companies to tackle abuse and hate on their platforms, but was postponed until the Conservative leadership campaign concludes.