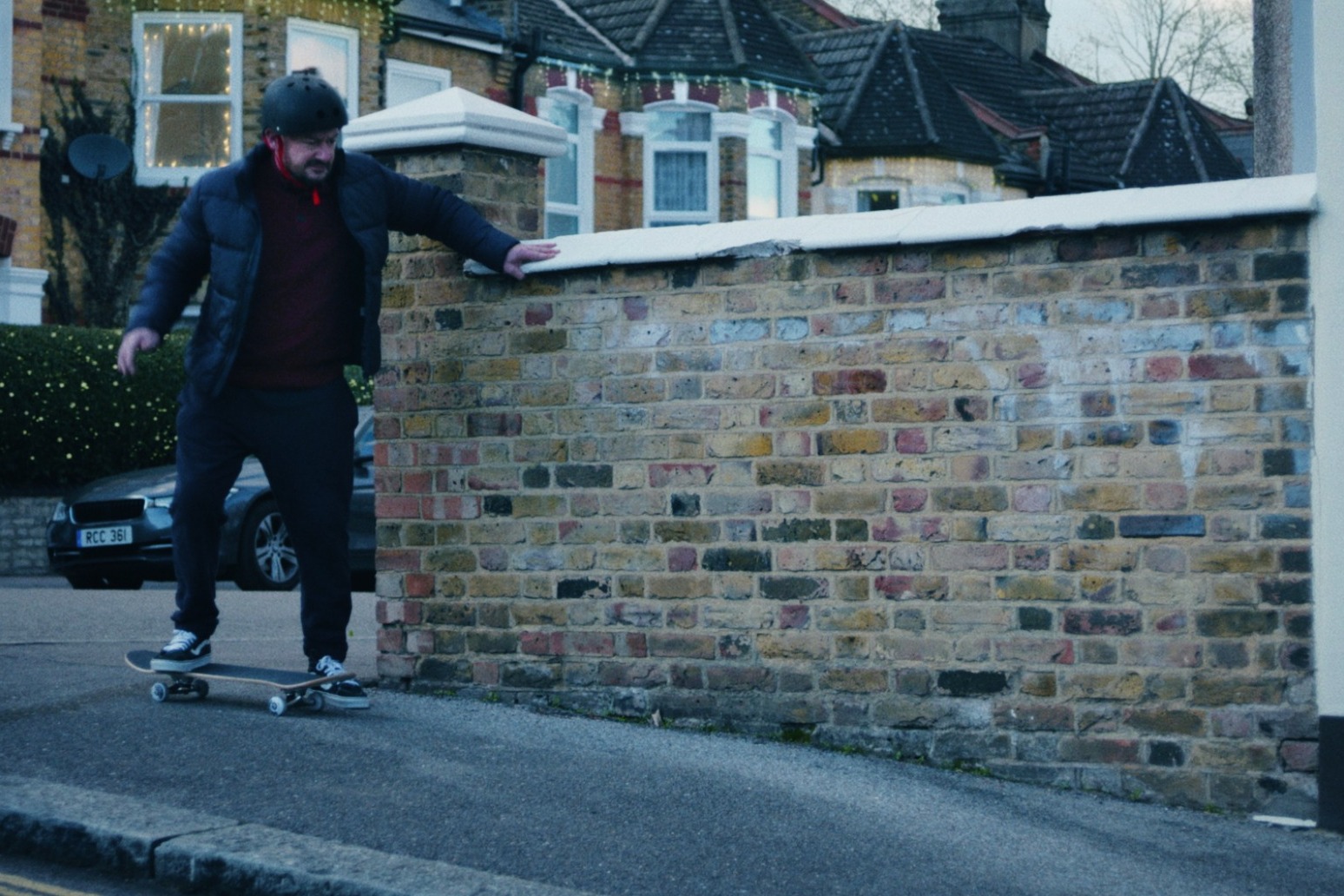 It features a middle aged man learning to skateboard, ahead of the arrival of his foster daughter

John Lewis has used its Christmas ad to raise awareness of children in care with the story of a middle-aged man learning to skateboard before welcoming a young teenager into the family home.

The 90-second ad, entitled The Beginner and set to a cover of Blink-182’s All The Small Things by US artist Mike Geier, shows the man as he struggles painfully to master skateboarding in the build-up to Christmas.

Viewers are left questioning the motive behind his perseverance until the final scene, which shows a social worker arriving at his door with young teenager Ellie, who has arrived at her new foster home carrying her skateboard.

John Lewis said it understood that not all foster carers had the benefit of knowing who they would be looking after in advance and that its broader campaign also featured “authentic voices of carers” and “young people with different experiences of a complex care system”.

But it said that “in a challenging year, we felt it was important to demonstrate that it’s what we do that matters most”, adding it was proud to use its Christmas ad to “generate conversation and action around an often overlooked issue”.

It follows the launch of the partnership’s Building Happier Futures programme to help young people with experience of the care system, including to move into the workforce.

The ad was created with agency adam&eveDDB, with input from partner charities Action for Children and Who Cares? Scotland.

It is almost entirely devoid of product placement except for two brief glimpses of the retailer’s Lewis Bear toy.

Customers can buy products including the £30 bear, £19 Lewis Bear pyjamas, a £5 Lewis Bear tote bag and a Rampage Skateboard for £34.99, with 25% of the sales going to the two affiliated charities.

A Giving Tree in stores will invite customers to donate to the charities by taking a tag with a value of between £5 and £50 and scanning it with their shop.

Alongside its longer-term work providing apprenticeship opportunities within the John Lewis Partnership for people leaving care, the retailer said it would make donations of Christmas decorations, food and gifts.

Children in care and their caregivers will be invited to Santa’s Grotto experiences in John Lewis stores and the retailer will also supply communal spaces of selected residential facilities run by Action for Children with electronics, furnishings and decorations.

John Lewis customer director Claire Pointon said: “We are fortunate to have a truly unique platform in our Christmas ad, which sparks a national conversation.

“At John Lewis we care deeply about families and recognise that they come in many different forms. For our biggest moment of the year, we decided to focus on one kind of family that is often overlooked.

“We are also very aware that not all care experience outcomes are as positive as Ellie’s. The home Ellie enters is filled with kindness and the foster father’s actions demonstrate that, ultimately, it’s what you do that matters most.”

Charlotte Lock, pan-partnership customer director, added: “Turbulent times worsen social inequalities and Christmas is a time when this can be most keenly felt.

“Our Christmas campaign is an important step in our long-term plans to become the employer of choice for young people leaving the care system and to provide lasting change and hope for children like Ellie.”

Imran Hussain, director of policy and campaigns at Action for Children, said: “We are delighted to be working with the John Lewis Partnership on its iconic Christmas advert and applaud the company for its work and long-term commitment to shining a light on the issues facing some of the most vulnerable children in the country.

“We believe this partnership will enable us to support and empower more children and young people as they make the transition from care into the adult world.”

The partnership slumped to a £99 million half-year loss, announcing it had chosen to “forgo” profit to help staff and customers through the cost-of-living crisis.

It warned in September of a “highly uncertain” end to the year – including the peak Christmas season – as the cost crunch affects consumer spending.

Lynne Deason from analysts Kantar UK, said: “This year will be challenging for advertisers as they try to bring the fun, joyful spirit that we love about Christmas ads while being sensitive to the pressures families face over the cost of living.

“Ads need to avoid falling into the trap of ‘sadvertising’ – we still want to be uplifted, especially at this time of year – but displays of lavish gifts and excessive spreads risk seeming tone deaf and out of touch.

“To get the balance right, advertisers should focus on the real meaning of Christmas – of togetherness, fun and all those magical small moments that make the festive season so special. Brands that take steps to make a real difference to people’s lives will also be appreciated.”

Matt Bourn, from the Advertising Association, said: “Responsible advertisers like John Lewis taking part in this year’s Christmas advertising season are showcasing how their work makes a valuable social contribution, not just an economic one. We can see that as brands like Tesco help people cope with the cost-of-living crisis this Christmas and through Boots and Asda who are sharing the joys of the season in their ads.

“It is clear that advertisers and their agency and media partners are sensitive to the mood of the nation, the importance of being together, gifting and helping people to celebrate despite the geopolitical issues impacting us all.”