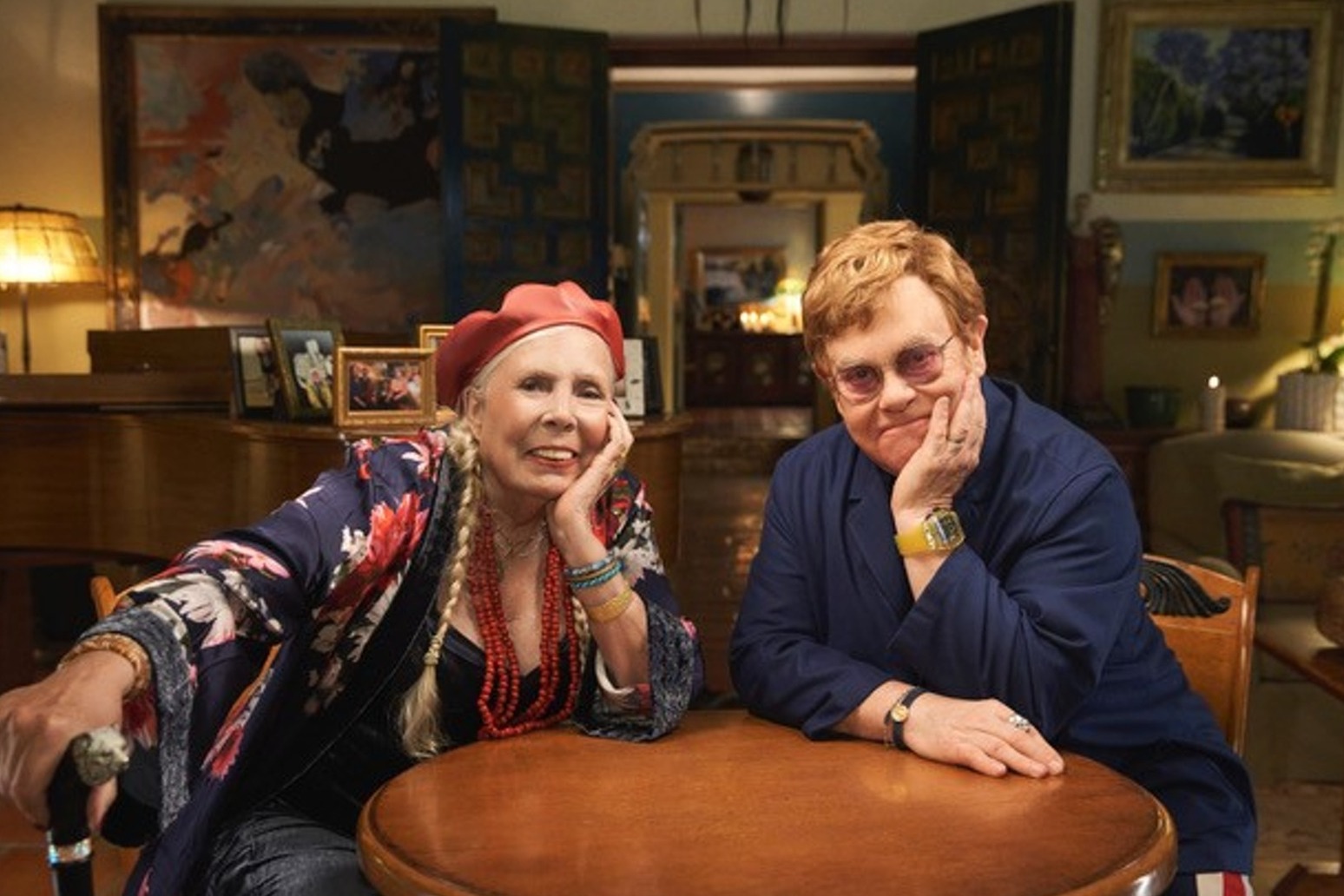 Joni Mitchell has announced plans for a live album of her recent surprise performance at the Newport Folk Festival.

In a rare interview with Sir Elton John at her Los Angeles home, the 79-year-old folk singer-songwriter said her team were “trying to put that out”.

The performance in July was her first full live show since 2002 and saw her joined on stage by artists including Brandi Carlile and Marcus Mumford while seated on a throne.

Mitchell has remained largely out of the public eye since suffering a brain aneurysm in March 2015.

Speaking to Sir Elton on his Apple Music 1 show, she confirmed there had been no rehearsals for the show.

Asked about her standing to perform a solo during Just Like This Train, she added: “Yeah, that I had to figure out what I did.

“So anyway, it was very well received, much to my delight.”

She last released a studio album in 2007 and most of her previous live albums have been documents of her 60s and 70s heyday.

Mitchell also told Sir Elton she “took a lot of flak” during the 1970s due to music industry sexism.

Speaking about her confessional style, she added: “People thought that it was too intimate. It was almost like (Bob) Dylan going electric.

“I think it upset the male singer-songwriters. They’d go, ‘Oh, no. Do we have to bare our souls like this now?’

“I think it made people nervous. More nervous than…

“It took to this generation, they seem to be able to face those emotions more easily than my generation.”